The widely publicized advertiser boycott against Facebook has less than a week to show it has become a global coalition solid enough, and strong enough, to take on the social media giant.

Civil rights groups persuaded more than 1,100 companies and organizations from the U.S. to Germany to Australia to pull their money from the social network during July to pressure Facebook to take more action on hate speech and deceptive posts from politicians. But the month is almost over without Facebook meeting many of their demands. If the movement cant up the ante, it risks watching its work evaporate.

Facebook CEO Mark Zuckerberg has said he does not plan to adjust policies based on financial pressure and that he expects the effort to fade away. The future is definitely unclear: Some of the advertisers who joined the boycott say theyll continue until Facebook changes its ways, others are still weighing whether to re-up and some say their ads will be back on the platform in August.

The Stop Hate for Profit campaign began in the U.S. with a trickle that became a flood. Brands like REI, Ben & Jerrys and Patagonia were among the first to sign on. Even bigger names followed suit, including Verizon, Ford, Honda, Levi Strauss and Walgreens.

Organizers say the way the campaign has expanded around the globe is evidence that it is getting traction. At least 220 organizations outside the U.S have signed on, based on a POLITICO analysis of their social media accounts.

“Were giving Facebook time to meet our demands, and were staying vigilant” — Jessica González, co-CEO of Free Press

“Theres been more interest from overseas than we ever anticipated,” said Jonathan Greenblatt, CEO of the Anti-Defamation League, one of the groups behind the boycott.

Taking the campaign international creates more pressure points for Facebook. Not only did the company collect more than 50 percent of its $70 billion in revenue from outside the U.S. and Canada in 2019, the boycott organizers hoped their campaign would also grab the attention of regulators overseas.

But the international adoption has been mixed. Several of Canadas largest banks and retailers, including the Royal Bank of Canada, MEC, Arcteryx and Lululemon, have joined the effort. In Germany, global brands such as Puma, Adidas, Bayer and Volkswagen have put their weight behind it. But few companies from France and Italy, two of Europes powerhouse economies, have decided to pull their advertising from Facebook.

Since the boycott started, Facebook pledged to hire staff with civil rights experience and review the experience of its minority users. But those efforts were already in the works before the boycott and fall short of what the organizers are demanding, such as a C-suite executive with a civil rights background and teams to review submissions of identity-based hate and harassment.

The North Face, one of the first companies to join the campaign, will resume advertising on Facebook and Instagram in August, spokesperson Samantha Wannemacher said. But, she added, both The North Face and other brands owned by VF Corp. — which include Eastpak and Timberland — will continue to press Facebook for policy changes.

“We are encouraged by the initial progress and recognize that change doesnt happen overnight. Thats why we will continue to engage in dialogue with Facebook to hold them accountable for the actions they plan to implement,” Wannemacher said.

The boycott organizers have continued to urge advertisers to join the effort throughout July and are pushing to keep the pressure on, though they have not said what form that will take. That decision, they say, will likely be influenced by whether Zuckerberg addresses their concerns Wednesday in his testimony on the Hill or the companys earnings call.

“There is a lot happening this week and, as we look into August, were looking for companies to stick with us,” said Jessica González, co-CEO of Free Press, a group that advocates for net neutrality and social justice issues in media. “Were giving Facebook time to meet our demands, and were staying vigilant.”

Zuckerberg has taken the campaign seriously enough that he and chief operating officer Sheryl Sandberg spoke with a number of the advertisers to try to head off the effort. González said Facebook reached out to organizers again last week, but did not commit to key demands like removing accounts that post hate or disinformation, or stopping algorithms from automatically spreading such content.

“Facebook is under the microscope and they can either take a carrot or take a stick,” she said.

The J.M. Smucker Co., the company behind Smuckers, Jif and Meow Mix, among other brands, said it wont resume advertising until the demands of the Stop Hate for Profit organizers are met.

“To date we have not been satisfied that Facebook has conveyed an adequate plan to eliminate hate speech and discriminatory content from its platforms,” said spokesperson Frank Cirillo. “Our advertising pause will continue until Facebook commits to taking meaningful steps to address these important issues.”

But with most of Facebooks ad revenue coming from smaller advertisers, it would take a much larger number of companies joining the boycott to make a significant dent in the companys revenue. 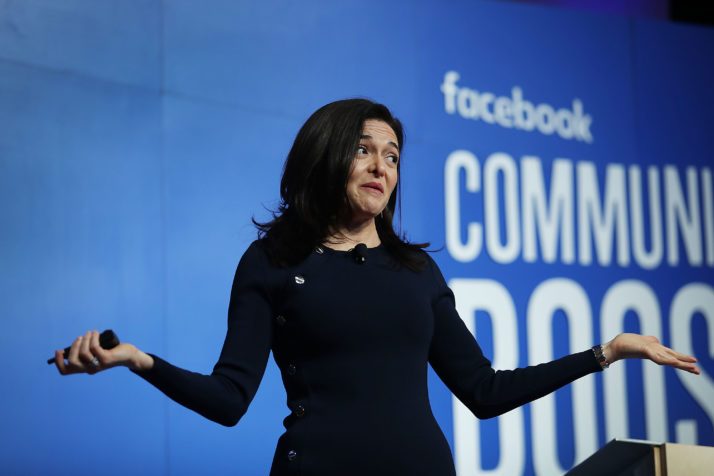 And some companies that have decreased advertising have done so quietly, without laying claim to any sort of movement. Walt Disney, for example, stopped Facebook ads at the beginning of July, according to data analytics firm Pathmatics, but did not announce a reason. Walmart, Geico and Delft, Netherlands-based Ikea also stopped ads on the platform but are not included in the list of companies that have joined the official campaign. Verizon said this month that its boycott is independent of the multicompany effort.

British-Dutch consumer goods conglomerate Unilever created a splash when it canceled social media spending in the U.S. through the end of the year. But its social media advertising in the rest of the world remains intact. A spokesperson for Unilever said the company also does not consider itself part of the Stop Hate for Profit campaign.

“Wed like to see more companies in Europe take part,” said Imran Ahmed, CEO and founder of U.K.-based Center for Countering Digital Hate, which has supported the advertising boycott. “The defense of Black people, Jewish communities is not a U.S. issue or a European issue, its a universal one.”

Ahmed added it was “disappointing” that European companies such as Unilever did not take broader action. “There is no good reason for any company to limit the geography for which they have a ban,” he said.

Of the five leading Europe-based advertisers — Unilever, Heineken, Nestle, LOreal and Reckitt Benckiser — only Dutch brewing company Heineken confirmed it paused Facebook ads globally. Heineken did not reply to follow-up questions about whether it would continue the ban in August. Nestle, LOreal and Reckitt Benckiser did not reply to requests for comment.

One key difference is that Europe, unlike the U.S., has dealt for years with online hate speech through government legislation and regulation, so advocates for stricter content moderation on Facebook may be more likely to lobby government policymakers than to use boycotts to pressure the company directly. The existing rules governing online content in Europe could also reduce the urgency for European businesses to respond to pressure from advocates.

“Its an a-ha moment in the EU because the discourse about the power of platforms and their role as arbiters of speech has been much more usual part of the conversation,” said Raegan MacDonald, head of EU policy for the open-source software developer Mozilla, one of the Stop Hate for Profit organizers.

While the European Commission is currently drafting the Digital Services Act — a legislative proposal targeted at online platforms expected to tackle issues such as content moderation and curation and algorithmic transparency — “there are less legislative hooks in the U.S.”

“We might see more ad boycotts in France during the 2022 presidential election” — Rémi Devaux, French researcher and analyst at data science company Ekimetrics

The boycott has found a particularly chilly reception in France.

The question that hovers over Kate Spade’s bright life

admin - June 3, 2019
0
(CNN) — Straddling the picturesque Danube, Budapest provides the perfect backdrop for a festival and..