In the build up we've accumulated dozens of characters in the ever-sprawling Marvel Cinematic Universe. However, after the events of "Avengers: Infinity War" — which saw the Mad Titan Thanos wipe out half of all sentient life with the snap of his fingers — their numbers are heavily depleted.For the sake of the franchise it won't stay that way, but "Endgame" has to live up to its high-stakes billing. This writer isn't out for blood, but deaths are all but guaranteed. So who lives, who dies and who's coming back from the snap? Buckle up, because there's a lot to cover — from what's happening both on and off screen. Here's a non-exhaustive (but still exhausting) run down of our heroes' chances.Note: This list includes spoilers up to and including "Captain Marvel." "Avengers: Endgame" had not been screened to the press at the time of writing and the blinkers are firmly on regarding set leaks and other online hearsay. 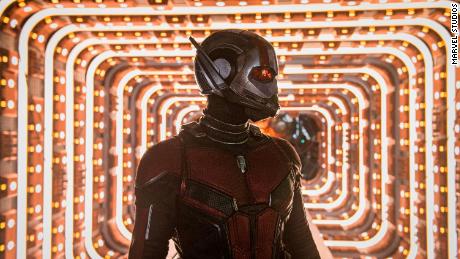 Current status: AliveIs Scott Lang going to be the secret sauce in the fight against Thanos? We've never really taken Ant-Man seriously (lord knows he doesn't do so himself), but "Ant-Man and the Wasp's" exploration of the Quantum Realm and its time-bending properties might be the way to travel back pre-snap without the Time Stone. Added incentive for Lang to pull his finger out: the snap wiped out the Wasp, mentor Hank Pym and Janet van Dyne (the original Ant-Man and Wasp).Dead or alive? Paul Rudd's character is a relatively new entry into the MCU. Not a dead cert, but he'll likely survive. 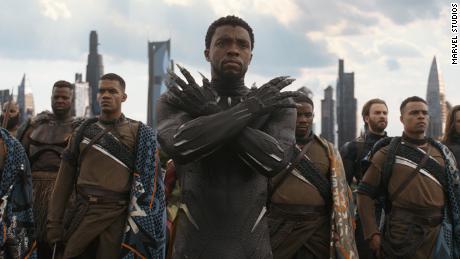 Current status: DeadDo you really think Marvel is about to drop the superhero behind an Oscar-winning, $1.3 billion-grossing film after one solo outing? Kevin Feige announced "Black Panther 2" was happening back in March 2018. Dead or alive? Wakanda forever! 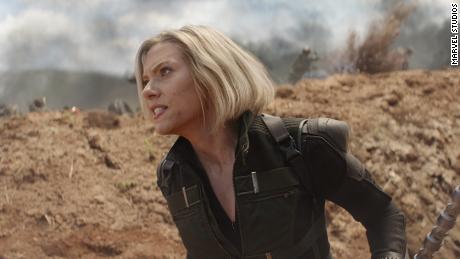 Current status: AliveBlack Widow was the Avenger that never got the standalone film they deserved (sorry Hawkeye). That finally changed in 2018 when it was announced that Natasha Romanoff would receive a solo outing, with subsequent reporting that Florence Pugh has joined the cast alongside Johansson. Whether it will be an origin story or post-"Endgame" is still unconfirmed.Dead or alive? Killing off your lead before their first solo film would be an odd move, but if the "Black Widow" movie is a prequel that would leave Johansson open to explore other projects afterward and have the last say in what has been a decade-long injustice. I'm leaning toward death. 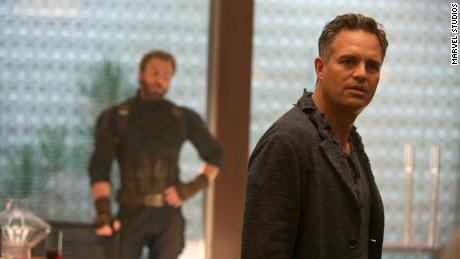 Current status: AliveWhen we left Banner in Wakanda he was having a real Hulk impotence problem — kind of inconvenient for everyone. Banner/Hulk has been invaluable to the Avengers, but as a character he's often worked as a foil within the group. With no solo outing under Marvel Studios announced, and the likelihood a number of his comrades will die in "Endgame," you might think this is the end of the road for Banner. But Mark Ruffalo still has films outstanding on a six-movie deal he signed back in 2012. Dead or alive? Going to survive — and hopefully continue the intergalactic buddy road trip with Thor. 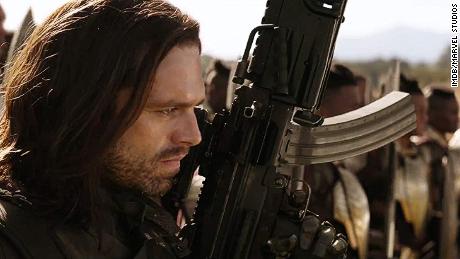 Current status: DeadExpect Barnes' death in "Infinity War" to be a motivator behind a self-sacrificing play from old friend Captain America in "Endgame" (whatever shape that might take). Barnes could well pick up the vibranium shield and become the new Cap' post-"Endgame," following a plot line from the comics. (Huge hint: Sebastian Stan is reportedly locked in to a nine-film contract.) There's also the mooted Disney+ series with Falcon. Stan has also expressed an interest in the "Black Widow" film. He'll be busy if that all comes to pass.Dead or alive? Alive — and possibly with a few personality tweaks if he's to take up the shield. 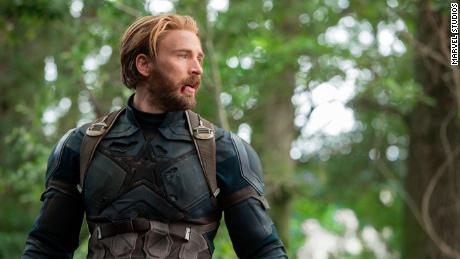 Current status: AliveSteve Rogers came back from the wilderness in "Infinity War," bearded and bad-ass. Now Captain America looks ready to lay down everything in "Endgame." Chris Evans has dropped anvil-sized hints in interviews for over a year and seems to have already said goodbye to the character on Twitter. It feels like a done deal.Dead or alive? The all-American hero is a goner. We'll miss you Cap'. 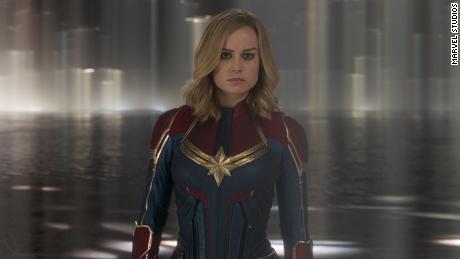 Current status: Alive"Captain Marvel" just cruised past the billion-dollar club at the global box office and Brie Larson's take on spacefaring pilot Carol Danvers was a critical success too. "Endgame" is only the beginning, and there's murmurs she could eventually head up the Avengers. We've only just started to see what she's capable off.Dead or alive? You come at the queen, you best not miss. She lives. 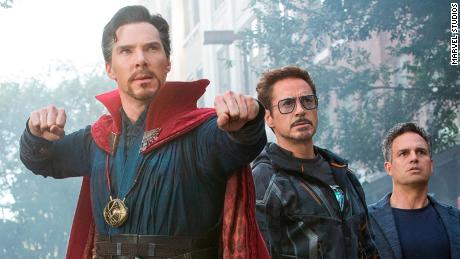 Current status: DeadBefore falling victim to the snap, Strange told Tony Stark this was the only way; he had looked into multiple futures and seen doom in every other permutation. Being the raging narcissist that he is, don't expect any self-sacrificing moves from Strange, who only made his debut in 2016. There's also the small matter of a standalone sequel reportedly in development.Dead or alive? The good doctor will return. 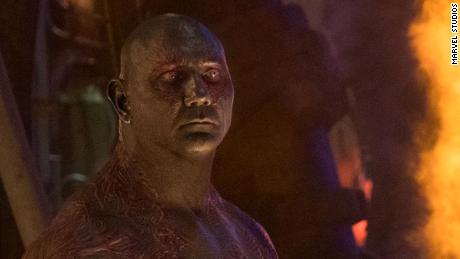 Current status: DeadDavid Bautista led the "Guardians" actors in their vocal support of James Gunn after his firing. Gunn is back at the helm, and expect Drax to survive "Endgame" and feature prominently in "Guardians 3." Trivia: It's not going to happen in the Marvel Studios' PG-13 universe, but in one story from the comics Drax defeats Thanos by ripping out his heart. Dead or alive? Alive. His reflexes are too fast. 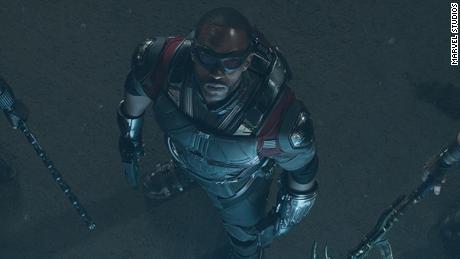 Current status: DeadThe Disney+ series with Bucky all but guarantees he'll be back from the dead and make it through "Endgame." Dead or alive? The second string Avenger lives. 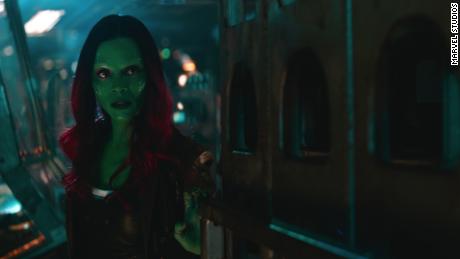 Current status: DeadGamora's demise was a tough watch. Sacrificed by Thanos to gain the Soul Stone, if you didn't realize already, here was proof that absolute power corrupts absolutely. Killed pre-snap, but "Endgame" marketing art keeps her in the frame, suggests she can still be brought back to life.Dead or alive? If anyone deserves to survive "Endgame" it's probably Thanos' long-suffering adopted daughter. Alive. 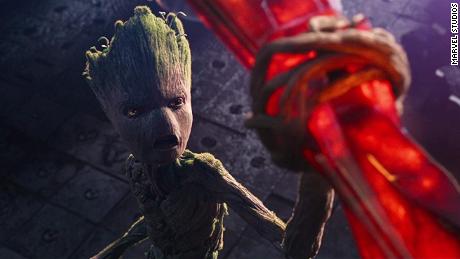 Current status: DeadBig call, but no character is more beloved in the MCU. Groot already sacrificed himself once at the end of "Guardians of the Galaxy" and is only just returning to his normal size. No way they'd off him permanently.Dead or alive? Alive. There'd be riots outside Marvel HQ. 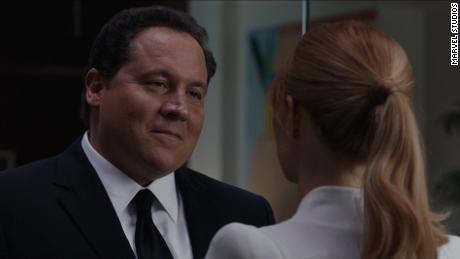 Current status: AliveThe fate of Happy's employer Tony Stark is very much in the air (more of which later). If he does die, Stark's long-suffering friend and chauffeur would appear surplus to requirements. But he's right there in the "Spider-Man: Far From Home" trailer, which arrives in theaters in July and, according to comments from producer Amy Pascal back in 2017, starts "a few minutes after Avengers 4 wraps."Dead or alive? Alive. 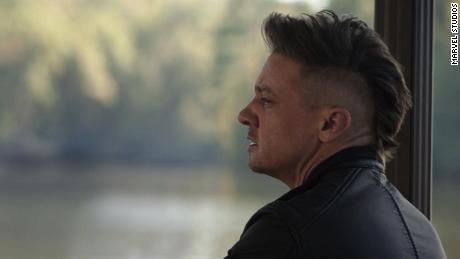 Current status: AliveAbsent in "Infinity War" because he was under house arrest (a lame excuse in my book), Hawkeye returned in the "Endgame" trailer with an outré haircut and world-weary scowl. What he's been up to is anyone's guess, but after two Avengers films in the shadow of bigger superheroes, will Hawkeye finally have his moment in the sun? Yeah, that could pretty underwhelming.Dead or alive? This smells like a redemption narrative — I suspect Hawkeye's family might not have survived the snap. Given there's not many other places for the character to go, he could easily bite the dust. 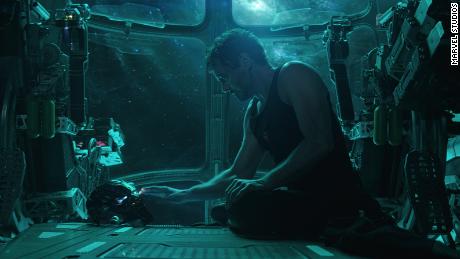 Current status: AliveTony Stark's first outing in 2008 was the cornerstone on which this entire cinematic universe was built. If that sounds like a eulogy, that's because it's supposed to. Robert Downey Jr. is out of contract after "Endgame" and let's face it, there's no shortage of wise-cracking egotists in the MCU ready to carry the torch. Will Stark really be able to just walk away from all of this unscathed?Dead or alive? If it happens it will be glorious, tragic and (hopefully) delivered with a wry smile. But he's a prime contender to die. 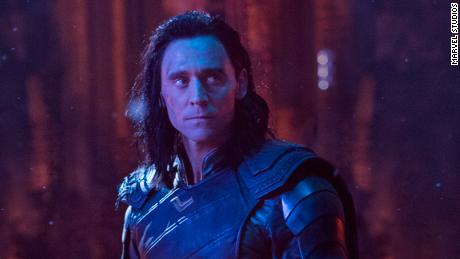 Current status: DeadAn early victim in "Infinity War," Loki never made it past the intro, never mind the snap. Intriguingly, one of the Disney+ series in development focuses on the loveable antihero from Asgard — with Tom Hiddleston to star, Disney have confirmed. What Disney hasn't confirmed is when it will be set. Marvel offered no comment to The Hollywood Reporter when sources suggested the series would have Loki popping up through human history like a god-level Forrest Gump. So it sounds like a prequel.Dead or alive? The master of cheating death could feasibly do it again, but the signs say he's a goner. 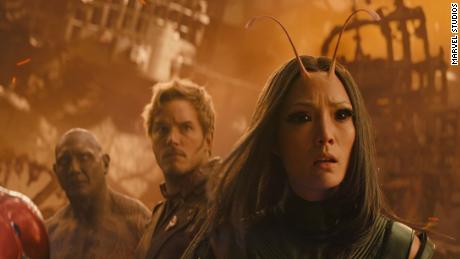 Current status: DeadA latecomer to the Guardians clique, Mantis bit the dust in "Infinity War." But there's no good reason for her to stay dead. Fingers crossed we get plenty more laughs from this intergalactic oddball in "Guardians 3."Dead or alive? Death would be a senseless move. Mantis should live. 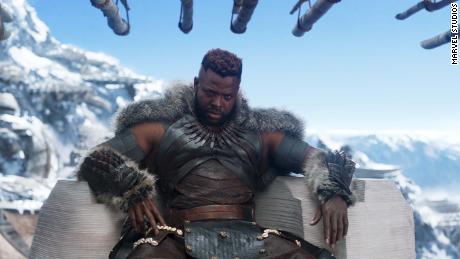 Current status: AliveCould M'Baku become king of Wakanda with T'Challa out of the equation? It's possible. M'Baku hasn't featured in any "Endgame" trailers, but Winston Duke has confirmed he's returning. It seems unlikely Marvel will kill off the affable vegetarian, especially given the "Us" star's ever-rising profile.Dead or alive? Alive. 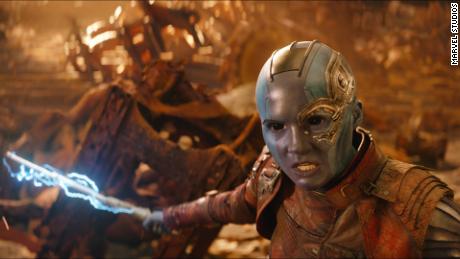 Current status: AliveThanos' adopted daughter could make a big play in "Endgame." Marvel aficionados will know that in one plot from the comics, Nebula managed to seize the Infinity Gauntlet from Thanos and used it to undo his murders. She then went on a power trip and had to be stopped and imprisoned. We don't know if any of this will happen in "Endgame," but if some of it does, Nebula could end up as collateral in restoring order to the universe. That said, there's rumors a Gamora and Nebula series is in early development for Disney+, and Karen Gillan has talked about "Guardians 3" as if she's involved.Dead or alive? On the basis of her "Guardians 3" hints she'll make it. But there's a huge case for her dying in "Endgame" otherwise. 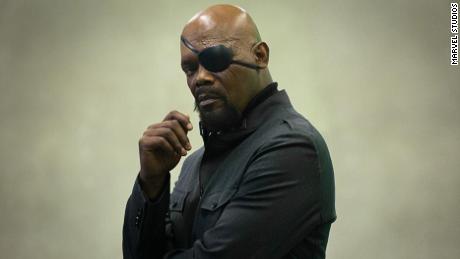 Current status: DeadFury set the wheels of "Endgame" in motion when he dropped Captain Marvel a message on his pager mid-disintegration. He's been through the wringer, but every time Fury has come out swinging. So don't expect the small matter of Thanos and the destruction of half the universe to spell his end. Dead or alive? Alive. He's in the "Spider-Man: Far From Home" trailer. 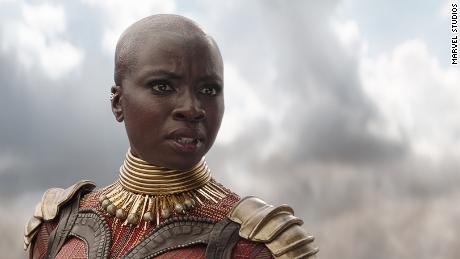 Current status: AliveNo one had Black Panther's back more than Okoye. Expect her to return with vengeance in "Endgame" to try and bring T'Challa back from the dead. No word on whether Danai Gurira is confirmed to reprise the role in "Black Panther 2," but killing Okoye in "Endgame" would come as a shock.Dead or alive? More alive than dead. 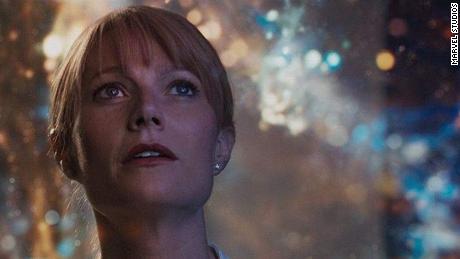 Current status: AliveEagle-eyed viewers of the "Spider-Man: Far From Home" trailer will have spotted a giant check from Stark Industries signed by Pepper Potts. I'm not sure how long it takes for one of those to get printed, but remarkably Potts might outlive her maverick boss-turned-partner. Dead or alive? With Tony Stark probably heading for the exit, is the MCU going to see its first conscious uncoupling? Pass me a Goop-branded hanky. 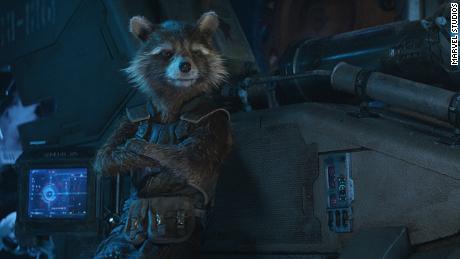 Current status: AliveA tougher call than it should be. Rocket has had quite the character arc sincRead More – Source

admin - May 23, 2020
0
For those who missed the first flight — based on the Gimlet Media podcast and produced in concert wi..