The hits just keep coming for the various Defenders series. Per Deadline Hollywood, Netflix announced this evening that it has canceled Daredevil, just weeks after the show concluded its critically acclaimed third season. This news shouldn't be too surprising, but this one is a particularly tough blow for fans.

Clearly Netflix is cleaning house, since this follows surprise cancellations in October of Iron Fist and Luke Cage. That just leaves Jessica Jones and The Punisher on Netflex's roster of Defenders. Both have new seasons in the pipeline that are currently slated to air on Netflix as planned, according to Deadline's sources. But they will, in all likelihood, be on the chopping block eventually as well.

“The Daredevil character will live on in future projects for Marvel.”

All this further fuels speculation that Disney/Marvel may resurrect all the cancelled series when it launches its new streaming service. Indeed, the Netflix statement hints as much.

Marvel's Daredevil will not return for a fourth season on Netflix. We are tremendously proud of the show's last and final season and although it's painful for the fans, we feel it best to close this chapter on a high note. We're thankful to showrunner Erik Oleson, the show's writers, stellar crew and incredible cast including Charlie Cox as Daredevil himself, and we're grateful to the fans who have supported the show over the years. While the series on Netflix has ended, the three existing seasons will remain on the service for years to come, while the Daredevil character will live on in future projects for Marvel.

Florida schools scramble to get students back in class after Hurricane...

admin - October 15, 2018
0
The challenge is especially daunting in Bay County, where schools are closed until further notice, t..

Fortnite Season 7: NEW snow map due ahead of Season 7... 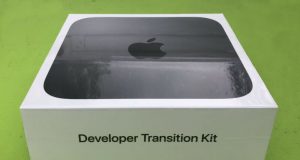 admin - June 30, 2020
0
Enlarge / Developers are wasting no time getting their hands dirty with the new A12Z ARM Developer T..