By the time Larry Nassar was sentenced on Wednesday for criminal sexual conduct, 156 people had appeared in a Michigan courtroom to share stories of sexual assault at the disgraced doctor's hands. Now, asthe former USA Gymnastics and Michigan State University doctor faces a prison sentence of up to 175 years, some survivors said they feel vindicated — but that their fight isn't over yet. Through Nassar's prosecution, they say, they have found their voices and they intend to keep using them. In a news conference after the sentencing, they repeated calls for accountability for the people and institutions that "fed" Nassar his victims, as survivor Kaylee Lorincz described it. But the problem is bigger than Nassar, they said. And it extends beyond the sports world."Larry is sentenced, but there's still so much more work to to do," survivor Lindsey Lenke said. "We're not going to heal all the way until we know exactly who knew what, when, and how they're going to fix it."

When she testified on day one, Kyle Stephens said a mood of fear and apprehension was palpable in the courtroom. As more people stepped up to the podium to read victim impact statements, she said the tone shifted."You could really feel the momentum in the courtroom begin to pick up," she said.The women who formed a sisterhood through Nassar's prosecution are now focused on accountability for those connected to him, Stephens said. She linked what they're doing to broader efforts to stem sexual violence as part of the #MeToo movement."I'm really proud that we were able to start something that I think has snowballed and grown outside the courtroom," said Stephens, the first woman to testify in Nassar's sentencing. "But the army is not limited to Larry Nassar's victims." 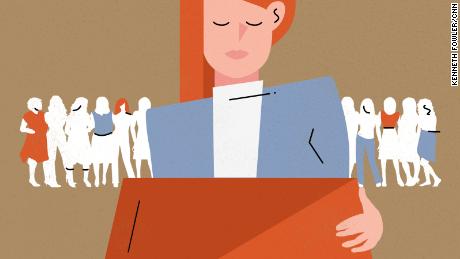 Initially, 88 survivors wanted to speak at Nassar's sentencing hearing, and most of them did not want to be publicly identified, prosecutor Angela Povilaitis said. Each day, the number of people willing to step up and be identified by name grew, she said. "I absolutely believe they took that shame and they put it on him. And they no longer had to carry that around, because they did nothing wrong." It was a cumulative effect, survivor Larissa Boyce said. At first, most people wanted to remain anonymous. Then, with each person's statement, they saw a chance to reclaim what Nassar had stolen from them."In that courtroom, seeing women start to take back their power, there was really a sense of a shift … of women saying, 'wait a minute, I'm not a number. I am a name. I am a real person,'" Boyce said."Because we were backed by such a wonderful army who we knew experienced the same things, we just started gaining confidence."Actress Taryn Akemi Look, a former member of USAG's rhythmic national team, said the women's bravery inspired her to speak for the first time on Wednesday. She commended Judge Rosemarie Aquilina for putting the women's stories at the center of Nassar's sentencing. Throughout the hearing, Aquilina consoled the women and offered words of support. "We are so grateful for how she has handled so delicately our souls and our lives," Look said. "We need change. This needs to end here."Sterling Riethman said she and others had received messages of gratitude from people around the world "who have not had the voice to come forward." The messages served as reminders that they're not alone, and that a cultural shift is underway, she said."We are just a small part of this movement happening," she said. "There is no doubt there is a movement."

The five W's and an H

Rachael Denhollander, the first woman to publicly accuse Nassar of sexual abuse, called the sentence a victory. But she called for further investigation of what she called the worst sexual assault scandal in history, starting with institutions connected to him.She identified four by name: Michigan State University and USA Gymnastics, both of whom employed Nassar during his decades of abuse, as well as the United States Olympic Committee and Twistars Gymnastics Club in Michigan, where Nassar admitted to sexually abusing athletes. 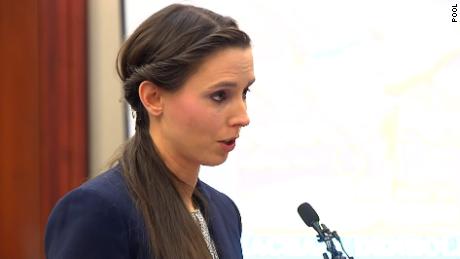 After the sentencing, MSU, USAG and USOC released statements condemning Nassar's actions and pledging internal investigations. But Denhollander said those statements were too little, late, and didn't go far enough. Later Wednesday, Michigan State University Lou Anna Simon announced her resignation. "We survivors have taken our stand. We have demonstrated the desperate need for change at MSU, USAG and organizations like Twistars. But in order to make that change, we must identify each and every breakdown that occurred which allowed Larry to prey on women and children for so long," Denhollander said.She called on the media to stay with the story to identify those breakdowns."The who, the what, the when and the where was answered this week, as my survivor sisters and I took the stand," she said. "But the why and the how has yet to be uncovered." "Why could Nassar get away with sexually abusing little girls for so very long? How could two major institutions surrounding him so abhorrently fail at protecting the children and women under their care?""It's the biggest sexual assault scandal in history, and we should want to know why it happened," she said. "And if we don't, it's not going to get better."