"I am truly sorry," Kraft said in a statement Saturday. "I know I have hurt and disappointed my family, my close friends, my co-workers, our fans and many others who rightfully hold me to a higher standard."Kraft, 77, was charged with two misdemeanor counts of soliciting prostitution last month. He was among the more than 100 people who were linked to several central Florida day spas and massage parlors suspected of being used for prostitution and targeted by law enforcement during a months-long investigation."Throughout my life, I have always tried to do the right thing," he said. "The last thing I would ever want to do is disrespect another human being. I have extraordinary respect for women; my morals and my soul were shaped by the most wonderful woman, the love of my life, who I was blessed to have as my partner for 50 years," Kraft, a widower, added in reference to his wife Myra, who died in 2011 at the age of 68 after a battle with cancer.Kraft is currently dating actress, designer and model Ricki Noel Lander."As I move forward, I hope to continue to use the platform with which I have been blessed to help others and to try to make a difference. I expect to be judged not by my words, but by my actions. And through those actions, I hope to regain your confidence and respect."He also noted that he had decided to make a public statement on Saturday to express what he "wanted to say for four weeks."Kraft pleaded not guilty to the charges and has denied that he committed a crime.He is arguably the case's most high-profile defendant, generating speculation over the possible consequences the billionaire could face should the allegations prove true.

Kraft is fighting to keep video from going public

Authorities say Kraft was recorded on surveillance footage paying for and receiving sex acts at a day spa in Jupiter, Florida. The footage has not been released, and Kraft and other defendants want to keep it that way.Earlier this week, Kraft and 14 of the other men charged filed a motion seeking to prevent the videos and other evidence from being released. The request for a protective order said the evidence is part of an ongoing investigation and should not be disclosed.Kraft's lawyer, Jack Goldberger, did not return CNN's request for comment. 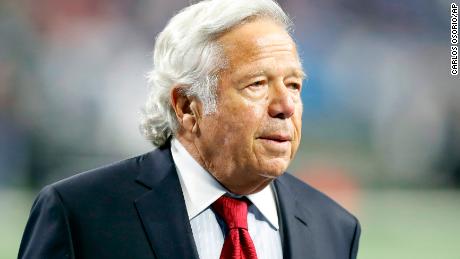 A group of unnamed defendants pursued similar action arguing it was illegally obtained in violation of their right to privacy.Because the footage was obtained through a warrant, it's likely to be upheld as legal, said CNN legal analyst Mark O'Mara, an attorney based in Florida.What's in the defendants' best interest, he said, is ensuring the footage doesn't become public record. They can do that by keeping it out of the court file, he said, and the way to keep the footage out of the court file is to not request it from prosecutors as part of the pretrialOriginal Article

Fitness advice: How to get back into a lapsed gym routine

Theresa May urges world leaders to tackle climate crisis – but...

The troubling past of a family whose car plunged off a...

admin - August 31, 2018
0
But new details about the mysterious family reveal a troubled history. Here's what we know abou..