Resident Evil 2 Remake: Capcom's horror masterpiece is back and better than ever

We recently had the opportunity to talk to the developers of Resident Evil 2 Remake at E3, and quiz the team on the development process of the title.

Here's what Capcom producers Tsuyoshi Kanda and Yoshiaki Hirabayashi had to say when we asked them what they thought the hardest part of modernising Resident Evil 2 has been, coming from PSOne to modern platforms.

KANDA: [laughter] 20 years ago, the graphics that we had werent photoreal and that meant you could get away with… a lot of things. Things that maybe you couldnt today. You could be fantastical with the creatures and it wouldnt stand out too much.

So making a giant alligator – thats a real challenge [laughter]. Trying to update that into a game where youve got scanned faces, motion-captured actors, photorealistic environments… its really, really hard. Where do you even start!

HIRABAYASHI: To make that convincing in any way was really tough. For a while, we were just thinking, shall we just cut the alligator altogether? Its too difficult. But we knew thered be a fan backlash, we knew we had to create one of these perfect fan-favourite moments, so… its a tough one, but its there.

It was tricky to do without changing the games tone a lot. Were competing with peoples memories with this game, too, and thats really hard. Trying to make a convincing scene where a human-sized character – a guy with a knife – is taking on an alligator… thats really silly. People dont remember it as silly because the whole game was groundbreaking at the time, but that moment was ridiculous. It was a difficult process for us, making that work today.

KANDA: It might be easier for us to answer that question when the game comes out though – we have our own thoughts and what we liked and what we didnt, and people might feel differently to us on that level.

HIRABAYASHI: Perhaps they have the perfect version of the game in their heads and what we do undermines that? Were just trying to make a game that feels right and feels like what you might remember from a gameplay perspective the first time. 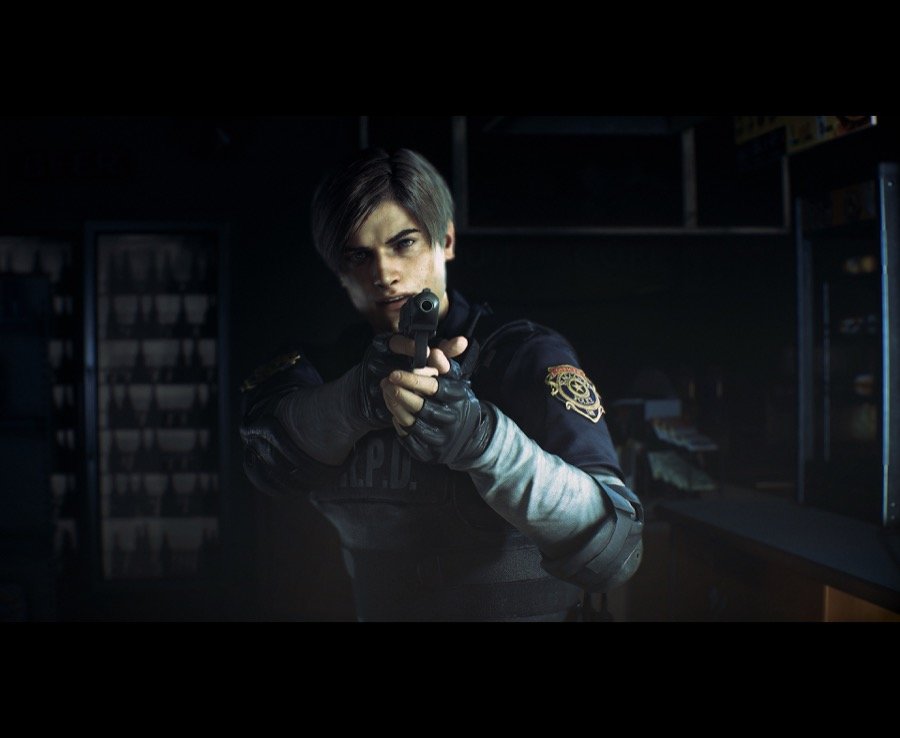 Intro – The Resident Evil 2 Remake was first announced by Capcom back in 2015, after years of fans repeatedly begging Capcom to remake, arguably, one of the best games ever made.

In August 2015, the company released a video to the official Resident Evil YouTube page, revealing that Yoshiaki Hirabayashi – a long time Capcom dev with credits spanning several Resi games – would be the lead on the game.

Then, in a surprise to pretty much everyone, the first cinematic for the game was revealed during Sony PlayStation's E3 2018 Press Conference.

For the purpose of this Resident Evil 2 Remake guide, we'll cover everything you need to know about the upcoming Capcom game ahead of release.

This shall include all the E3 2018 gameplay footage you could want, details about the various PC Specs required to run the game as well as our own Preview from our time playing the game at E3 2018.

Between now and the release next year, we'll continually update this page with all the latest news and information you need as it's revealed.

For now, though, enjoy these excellent looking screenshots for the Resident Evil 2 Remake.

Resident Evil 2: At a glance

Players join rookie police officer Leon Kennedy and college student Claire Redfield two months after the events of the original Resident Evil game. The pair are thrust together by a disastrous outbreak in Raccoon City that transformed its population into deadly zombies.

Both Leon and Claire have their own separate playable campaigns, allowing players to see the story from both characters perspectives. The fate of these two fan-favorite characters is in players hands as they work together.

The emergency lights are out, an overflowing toilet is spilling water onto the floor. You can hear each damp footstep as you move through the abandoned police station. Bloody handprints decorate the walls, and you cant see four feet in front of your face, flashlight or not.

Resident Evil 2 is an oppressive game – a remake that hasnt lost the spirit of its survival horror parent. Making the move to the RE Engine that Capcom built Resident Evil 7 in has done wonders for the game: it lives up to the memories you have of Raccoon City from 20 years ago, but it reanimates them with more horror (and more gore) than you thought you needed.

Tentatively, you wander through the police station trying to find your cop colleagues. The tension is palpable even before the zombies make an appearance. Congealing blood guides you to the back room where your goal – a keycard to the next area – lies in the hands of a dying cop.

A cutscene shows the cop get ripped apart by the undead, and a re-rendered Leon announces his disbelief to no-one in particular before turning to face more zombies that threaten to corner him.

Heres where Resident Evil 2 shines: youre still running on limited ammo, but instead of just potshotting zombies to keep them at bay, the game gives you more options. Each enemy has a full deformation model running underneath it, meaning that every bullet you do cuts visceral damage into the shambling monster.

Two headshots take down most zombies, but if youve got a bruiser or something terrible coming towards you, you can choose to kneecap it instead – now it cant walk, it cant pursue you, and you can finish it off with your combat knife.

This little upgrade to the base game – along with the Resident Evil 4 controls – changes the paradigm of Resi 2 for good. It makes it a more tactical game – a game not about killing everything you come across, but about intelligently out-manoeuvring enemies, conserving ammo, thinking ahead.

Paired up the remarkable production values (honestly, this game owes so much to Resi 7 its unreal), the Resident Evil 2 remake surpassed all our expectations.

Injected with a level of gore that would likely make even George Romero blush, and rounded out with imposing, claustrophobic sound design thatll fray the nerves of even the most hardened Resi veteran, Resident Evil 2 is so much more than just a remake… its a revalidation of a classic, a believable take on a cult hit.

And it has every chance of being Capcoms next masterpiece.

In addition, there's no word on whether Capcom will release a demo for the game. However, given that every mainline Resi title has in the past, this seems like a sure-fire thing.

There's equally no information on a Nintendo Switch release, but as with Resident Evil 7 it's possible the game could come to Nintendo's handheld console in the future.

Capcom announced that Resident Evil 7 was coming to Nintendo Switch earlier this year as a special version of the game that runs in the cloud.

Whilst this game is only available in Japan for the time being, it's possible it could receive a wider release, paving the way for a Switch release for the Resident Evil 2 remake.

The developers of Resident Evil 2 aren't calling the game a remake.

Despite treading over the same ground that the original game covered, the new title isn't a 1:1 remake of the PSOne game.

Instead, Capcom prefers to see the title as a 'HD reimagining'.

In an interview with Mike Lunn – Brand Manager for Capcom – GamingBolt asked about the mentality behind the new game, and why Capcom is opting to use the terms it's chosen.

“It wont be faithful one to one,” Lunn noted of the new game.

Lunn then goes on to give a specific quote about how this affects the gameplay moments.

“So for example, there is a part where youre walking through the police station, and a lurker walks by the window. In the original game that happens every single time. We dont include that because of the jumpscares, the puzzles, and because we want you to be challenged by that stuff. We want you to be scared by that stuff, not just repositioned to a new part of the building, but sort of reimagined.

This week, rumours have been circulating that Resident Evil 2's original director, Hideki Kamiya, has been visiting the Capcom offices.

Kamiya left Capcom in 2006, but this week he posted an image on his Instagram page of his visit to the publisher, prompting rumours that he'll be consulting on the Resident Evil 2 Remake.

The image on Kamiya's Instagram shows him standing outside the Capcom offices in Osaka, Japan. On Twitter, the infamously outspoken creator captioned the image: “Hideki Kamiya approaching Capcom…”

Kamiya has previously expressed interest in collaborating with Capcom on a project (it's been 10 years since his last work for the company) and has reportedly spoken with Capcom producer Jun Takeuchi about the possibility.

Whilst Kamiya working on Resident Evil 2 isn't off the cards, the developer has also worked on a series of other Capcom properties: Devil May Cry and Okami being the most notable.

Could we see the esteemed director coming back to lend his creative talents to these franchises? We'll have to wait and see… 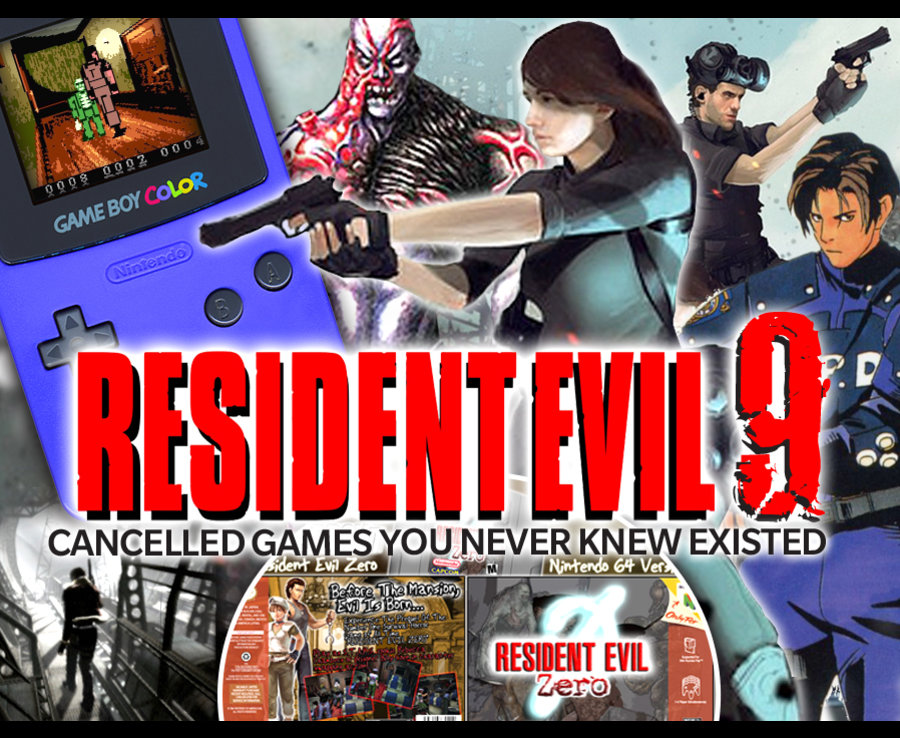 After Resident Evil 2 celebrated its 20th anniversary, the game's original director Hideki Kamiya took to Twitter to disclose some interesting information about the game – and its remake.

In his tweets, Kamiya outlines his confidence in the team that has taken on the remake project and reveals he's even been out drinking with the new director (who has yet to be disclosed).

"I went drinking with him [the new director] last year and told him 'Do as you like'," tweeted Kamiya. "That's the way directors should do. I trust him and his team."

Kamiya has previously stated that the director is a 'friend' of his and that the team making the game don't need to seek advice from Kamiya or any of the original Resident Evil 2 team.

We could hear more updates about the game at E3 2018, or maybe even before – we'll keep you posted.

Guidemaster: How to buy a Chromebook, plus our best picks

Tribute concert for Aretha Franklin in the works ‘months’ before her...

admin - June 21, 2019
0
Phil Spencer is cracking down on abusive gamers Xbox boss Phil Spencer has set out his vision for t..