The Duke of Sussex will introduce a special edition of an animated children's program about "Thomas the Tank Engine," which celebrates its 75th anniversary this year. The special episode, "Thomas & Friends: The Royal Engine," features animations of the Queen and Prince Charles as a child. The program airs in the US on Netflix on Friday and the following day in the UK on Channel 5 Milkshake! It will be available in more than 180 countries this year. The Duke of Sussex recorded his introduction in January, prior to leaving the UK with his wife Meghan and son Archie. Viewers will see him sitting in an armchair by a fireplace, reading from a book titled "Thomas and the Royal Engine." In his introduction, Prince Harry says "Thomas & Friends" is celebrating 75 years "of friendship and teamwork." 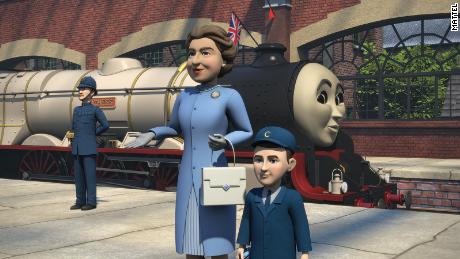 In a statement released by Mattel, the owner of the "Thomas the Tank Engine" brand, the prince said he was a fan of Thomas as a child.Prince Harry said: "Thomas the Tank Engine has been a comforting, familiar face to so many families over the last 75 years — entertaining, educating and inspiring children on important issues through exciting stories and characters. "I certainly have fond memories of growing up with Thomas & Friends and being transported to new places through his adventures."Read More – Source

Trump says Rand Paul’s call to end all US aid to Pakistan ‘a good...

At The Movies: Behind The Candelabra, Tour De Pharmacy and The Social Network

Bitcoin and ether are both down more than two-thirds from their...

admin - August 14, 2018
0
Enlarge / Ether, the cryptocurrency of the Ethereum network.https://ethereumprice.org/ Ether, the cu..

Love Islands Dani Dyer reveals she was turned down by EastEnders...

admin - August 27, 2018
0
Danis Granddad has become a bit of a star himself (Picture: Dani Dyer/instagram) The Love Island win..