Botello, a Latino, non-native English speaker, was stopped for failing to signal a turn and a lane change, his attorney, Josh Crowther told CNN. What happened next sparked a years-long court battle that landed at the state's supreme court. In a November ruling, the court decided officers in the state were no longer allowed to ask questions that were irrelevant to the reason of the traffic stop. It's an issue that's often been tackled in courts across the country, but a University of North Carolina professor says there's never been a decision as "wide-reaching" as this one. And that's a problem because he says young black and Latino men are often targeted disproportionally when it comes to random car searches. "It really convinces people that they're not full citizens, that police are viewing them as suspects," UNC-Chapel Hill professor Frank Baumgartner says. "And that's a challenge to our democracy."While the ruling addresses a nationwide issue, it only applies to one state. Drivers are being racially profiled but have to depend on their states to expand protections against racial bias and searches, ACLU attorney Carl Takei told CNN. "When the legal regime permits perpetual stops and searches," he says, "It enables widespread practices and harms to the people of color that are involved."

In the ruling, Beaverton Police Department officer Erik Faulkner said he asked Arreola-Botello the same questions he usually asks during his traffic stops."Do you have anything illegal in the car? Would you consent to a search for guns, drugs, knives, bombs, illegal documents or anything else that you're not allowed to possess?" Faulkner said, according to the ruling. By asking these questions, Baumgartner says, officers are often able to get what are known as "consent searches."They're allowed to search a resident's car, not because they have probable cause to do so — if the driver seems under the influence, or the officer can smell alcohol, for example — but because the driver has agreed to a search. "Young minority males are much more likely to have their car searched," he told CNN. But not more likely to have contraband, he says. In North Carolina, black drivers were 115% more likely to be searched if they were stopped, according to a study by Baumgartner, University of Texas at Austin professor Derek Epp and then-UNC-Chapel Hill graduate student Kelsey Shoub. The study looked at 20 million traffic stops across the state.These kinds of random searches targeting a certain profile have been standard police practice for decades, Baumgartner says. "It's succeeded in one thing and that's alienating the black community. And it's alienated individuals who happen to be young men, who live in communities with very aggressive policing strategies," he said. "It has not succeeded in reducing crime rates because they're not catching very many criminals."But there's no way to track that kind of data nationally because many states don't require a database for routine traffic stops, Baumgartner says. That data is "critically important evidence in deciding whether police are engaging in illegal racial profiling," Takei with the ACLU says.

'We don't want to be robotic'

From now on in Oregon, police can ask more questions if they have good reason to do so, Washington County Sheriff's Office spokesman Danny DiPietro told CNN. Beaverton police is within Washington County."If we see the individual and they have bloodshot watery eyes, flushed looks … and we believe that they're under the influence of alcohol then we establish what's called reasonable suspicion," he said. The ruling, DiPietro says, comes at a challenging time where police are striving for better communication with the community. "We want to be able to communicate with people and show them that … we're just here for one reason, we're here to promote safety," he said. But the problem with the ruling, he says, is it doesn't specify what they are and aren't allowed to say. "We haven't gotten complete clarification on that and that's what's frustrating," he said. "We don't want to be robotic."One thing is for sure: Officers in Oregon can't use an awkward silence for justification of asking questions — which a previous United States Supreme Court case hadn't clarified. 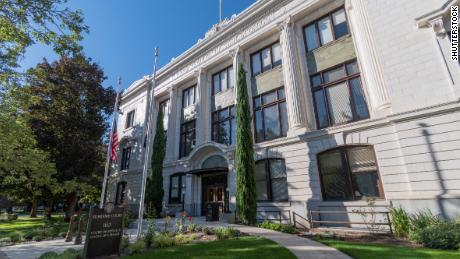 In 2015, the US Supreme Court ruled that a "seizure justified only by a police-observed traffic violation … 'become[s] unlawful if it is pRead More – Source

Will Trump push on with family separations?

A Northeast storm will intensify into a bomb cyclone, forecasters say

admin - May 7, 2019
0
By Greg Milam, US correspondent In the Duchess of Sussex's home neighbourhood, it is fair to ..