People wanting to attend tonights celebration tonight in Times Square were already lined up to go into the pens set up by the NYPD by 11 a.m. Law enforcement officers used magnetometers to check for suspicious items. Other prohibited items are backpacks, alcohol, coolers, umbrellas and lawn chairs.

“Whats different this year is the counter drone technology and the drone factor, which is that well be deploying NYPD drones for Overwatch. We havent done that before, but thats going to give us a visual aid and [the] flexibility of being able to move a camera to a certain spot with great rapidity through a tremendous crowd,” NYPD Deputy Counterterrorism Commissioner John Miller, told reporters Friday.

He added that on top of counter drone technology, “based on a change in the federal law that occurred in mid-September, our FBI [Joint Terrorism Task Force] partners will be bringing up their people from headquarters. Weve deployed this at most of the major special events from the fall, and well be using it again.” (RELATED: Securing New Years Eve In Times Square)

Bomb squad response teams, as well as explosive detection canines, are expected at each checkpoint and within the inner perimeter and over 235 blocker vehicles from police cars to sanitation sand trucks.

Additionally, Miller said law enforcement officers are also embedded within the local hotels in the area. NYPD Police officers additionally began gathering in groups of at least 20 to 30 at different checkpoints by Monday afternoon to begin their shifts. 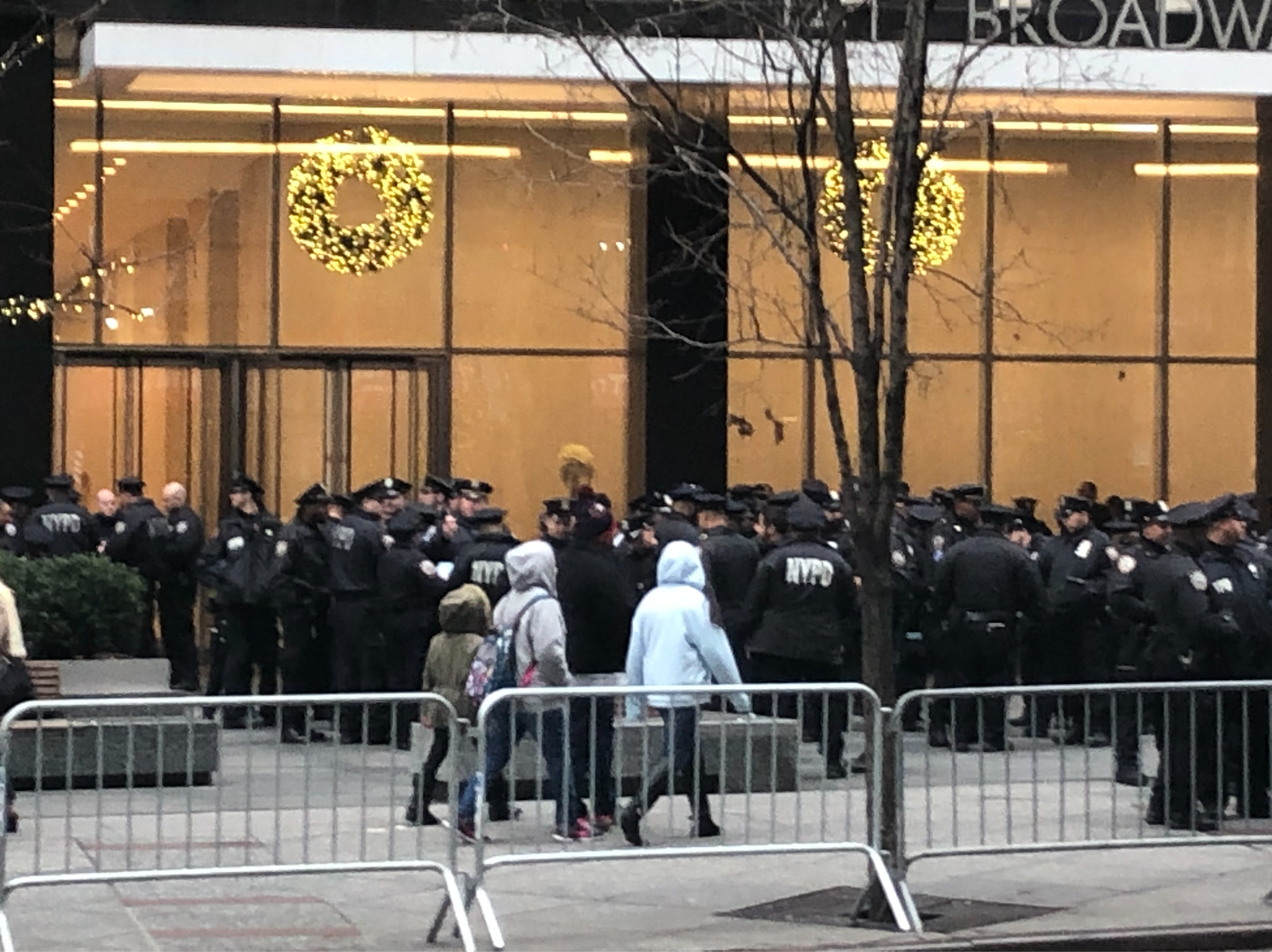 “One of the things that youll see again this year is the hotel teams, where we have intelligence detectives embedded in all of the hotels well in advance of New Years Eve so that they have that chance to get to know the staff, get to know the security people [and] get to know the housekeeping staff.”

“So, it really becomes one-stop if somebody sees something suspicious. They know those investigators are there. They have communications master keys with the hotel staff to get into any place they need to get into. Look, they have communications with the teams outside in case they need help to respond. That was very successful last year. Were doing that again this year.”

Miller added that the NYPD tracks any incoming threats and runs leads through the JTTF internationally.

“Thats our FBI partners thats our international and intelligence community partners. Thats our detectives and our analysts. We depend on our partners, obviously, and we depend on the public.”

We can see the true face of Van Eyck Lamb of God after latest...

What Began As A Dispute Over Christmas Trees Has Turned Into A Familys Fight...

Man has nap after break-in at Taylor Swift’s home

admin - July 5, 2019
0
Amnesty International will host a high-profile event in London next week (Tuesday 9 July) on the mur..

After nationwide backlash, a school board rescinded its vote to scratch...

McConnell Reportedly Descended From Slave Owners, But What About Democratic Lawmakers?

A homeless Black man was fatally shot by a California deputy...