Now, there's about to be another. City officials say they will erect a statue of political pioneer Shirley Chisholm, the first African-American woman elected to Congress.

Elected to the US House of Representatives from New York in 1968, Chisholmalso became the first black candidate to seek a major party's presidential nomination and a co-founder of the Congressional Black Caucus. Oh, and she was Brooklyn born and bred. It's no surprise, then, that she was chosen to be memorialized first as part of a new NYC initiative that aims to add statues of groundbreaking historical women around the city. She Built NYC is an advisory panel that was officially rolled out in June of this year. According to a release from Mayor Bill DeBlasio's office, She Built is a "new effort to commission a public monument or artwork on City property that honors women's history in New York City."Jane Meyer, the Deputy Press Secretary for the Mayor's Office, told CNN that the process in choosing the initiative's first statue was powered by the public. "There was a call for public nominations over the summer," she said. "And we got nearly 2,000 submissions." From there, the list went to a working group and then to City Hall, where Meyer says the parks department and other city departments weighed in on the logistical possibilities. Ultimately, Deputy Mayor Alicia Glen and first lady Chirlane McCray chose between the top vote-getters, which is how Chisholm, who died in 2005, was selected. Her monument will be built in Brooklyn's Prospect Park.

Deputy Mayor Glen, a huge advocate for the project, says historical monuments and statues are a critical way for people to understand the values and history of a city, and indeed, the country. "The ability to connect to our history happens in a very visual way," she told CNN. "If you don't see it, you may not believe it. And when you walk around the city and only see men, you may start to think that women didn't matter, or perhaps that they didn't do anything."It's hard to get an accurate tally of how many statues, monuments and plaques around the city are dedicated to men versus women, and Glen says it can be like comparing apples to oranges. Does a plaque count? A relief? What about fictional depictions or anonymous symbolic figures? Glen offered up a case study: "Central Park is the most visited urban park in the US," she said. "There are 132 statues in Central Park, and only one of them depicts a woman." 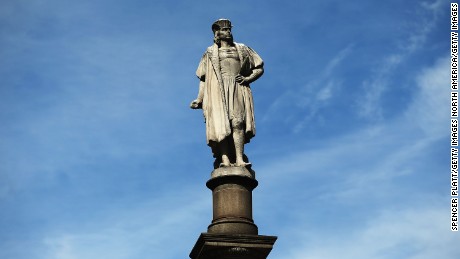 That "woman" is Alice from "Alice in Wonderland," who is neither real nor American (author Lewis Carroll was British). "Let's just put it this way," Glen said, "The overwhelming majority of these monuments, statues and plaques depict men."The few depictions of women around the city include the Gertrude Stein Monument in Bryant Park, the Harriet Tubman Monument on Malcolm X Blvd and the Eleanor Roosevelt Monument and Joan of Arc Memorial — both in Riverside Park. A fifth statue, honoring former Israeli prime minister Golda Meir, stands in a privately owned plaza.Meyer says the new push to add more statues of women around the city was in part inspired by the ongoing conversations about American monuments and their relevancy and value to the modern public (for instance, the recent controversies over Confederate monuments and what to do with them). "Across the country, people were looking at controversial monuments and realizing that something should be done, that some monuments should be taken down, and new monuments should be introduced," she said. So the mayor's office put together a commission last year to review the monuments around the city. "The commission took a look at some of the more controversial monuments and put together a report, and it was clear after that initial review was done (that) there's not enough statues of women," she said.

Adding to the story — not taking away

The mission of She Built NYC isn't one of removing and replacing history — as some supporters of Confederate monuments may argue. "This is not about deleting history," Deputy Mayor Glen said. "This is about filling out the American story. These women have always been part of it, we just want to exhume their achievements from the coffin of history." Earlier this year, the city's department of cultural affairs set aside $10 million for new monuments. Meyer says the hope is that individual donors will also contribute to the project. 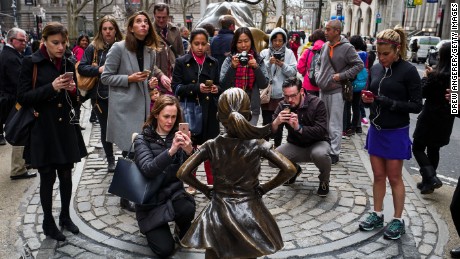 "I think people are excited to be a part of this process," she said. "There's nothing like this in New York City, and now people can have their voice heard and feel really involved in shaping the city."Meyer said She Built NYC is already considering their next monument, and another working group is talking about ways to better honor Native Americans within the city. "I think it's undeniable that this concept of if you can see it, you can be it," Meyer said. "Think about little girls who just walk around the city, and all they see is white men on top of horses. That's not what New York City is all about, and it's a false representation of history. We need to make sure that our public realm reflects who we have been and who we're going to be."

Australia’s oldest choir sings for their supper, and for the Pope

NSAB comes up with traceability to help Whatsapp

admin - April 13, 2019
0
The MD of Patek Philippe will be keeping one eye on the time next month when his tennis club takes p..