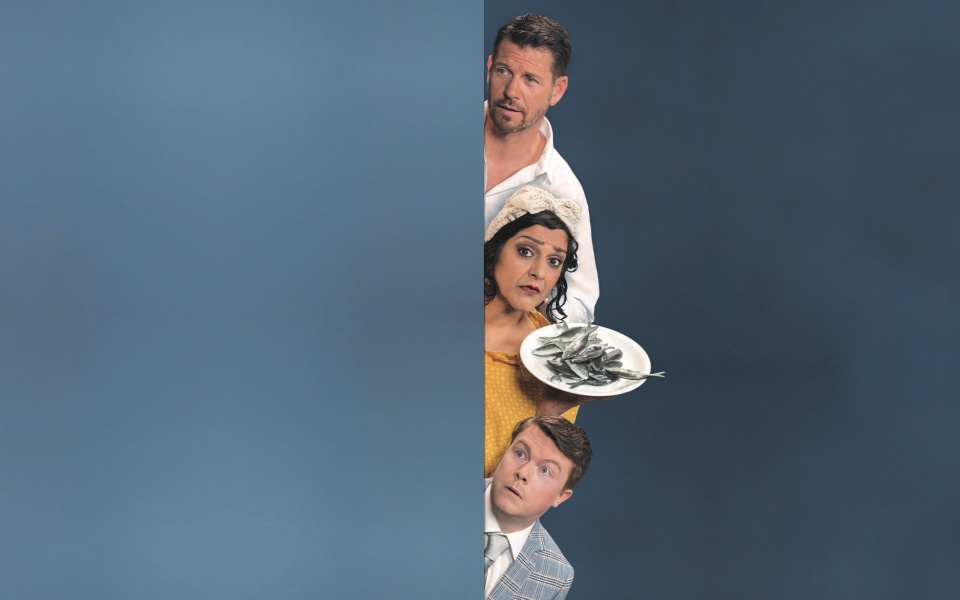 Noises Off is either the worst professional production Ive seen in some years, or something so groundbreakingly metatextual that I am simply unable to comprehend its brilliance.

Noises Off is clearly a huge success; at least historically. The farce debuted at the Lyric in 1982, before going on to multiple runs in the West End and on Broadway, and becoming a mainstay of professional and community theatre around the world. Its writer, Michael Frayn, has made numerous revisions to the script over the years, and there have been so many successful productions that theres no good reason it should function as anything less than a meticulously constructed machine. Its surprising then that this production – starring Meera Syal and directed by Jeremy Herrin – never really clicks.

Its about the backstage drama between cast and crew at a play that goes badly wrong, and in a torpid first act you watch the characters grind through a last-minute rehearsal for the randy farce within the farce “Nothing On”. Its difficult to pull off a good farce, and even a finely-honed script can be wrecked by bad timing, low energy, or a lack of chemistry. I went in expecting Frasier, but they were delivering The Big Bang Theory. Laughter from the crowd was loud and regular, but it also felt performative, slipping in to fill the void after an ostensible comedy beat, as if the audience were complicit in providing its laugh-track.

Ordinarily I wouldnt comment on technical problems. Theres always the potential for accidents, and it would be invidious to write off a show because of a single, unfortunate glitch. However, during the second act, where the on-stage action is a troubled performance of “Nothing On”, there was what to all intents and purposes appeared to be an actual lighting error, where the actual stage manager came out and actually apologised, and they closed the actual curtains and brought up the house lights for several minutes. When the play resumed, I could no longer be entirely sure if I was watching a bad production with an unintended error, or an incredibly subversive postmodern reinvention of aRead More – Source

Trump proposed a massive expansion of offshore drilling—what can states do?

admin - January 6, 2018
0
Enlarge/ Aerial view of an oil production platform in the Gulf of Mexico with a flare of the coast o..

Everybody’s Golf VR Review – A Short Date To The Golf...

Angelina Jolie and Brad Pitt to go head to head in...