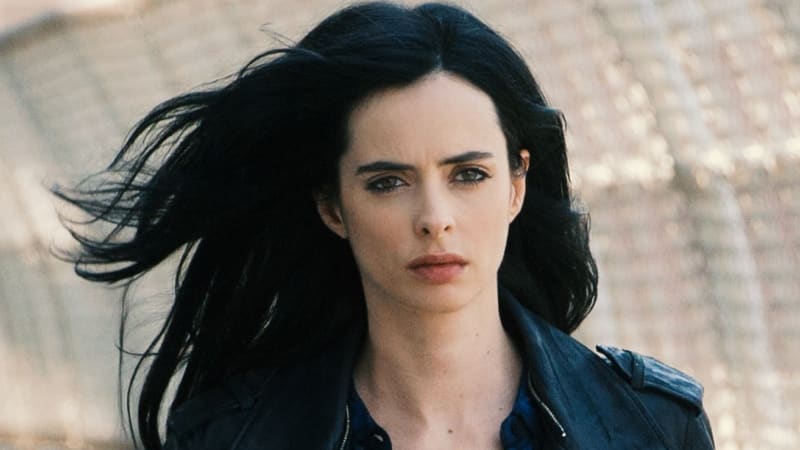 Season 2 had finished shooting when #MeToo exploded, but these 13 new episodes venture even deeper into that toxic territory. While Jessica tries to tamp down the trauma of her past and get on with her work as a hard-boiled detective, her foster sister, Trish (Rachael Taylor), moves in the opposite direction, confronting an older male producer who exploited her when she was a teenage performer.

"We were writing the second season during the whole Trump/Hillary election, and I was just so angry," Rosenberg says of her team of writers. "We constantly talked about characters that had been trying to be nice for so long, finally just saying, 'Get out of my way!' Just tapping into the rage Hillary must have felt every day."

Although Jessica Jones springs from the Marvel comic Alias, the TV version of Jessica is more self-destructive and nihilistic. Rosenberg also tweaked the original storyline by adding sexual assault to the litany of horrors committed by Season 1's villain, Kilgrave, whose spectre hangs over the new episodes.

Rosenberg, 55, says the show's approach is partly inspired by her own troubling encounters with men as a girl growing up in a permissive Marin County household.

The upside of having hippie parents (her psychologist father Jack Lee Rosenberg wrote the 1973 book Total Orgasm) was the freedom to "create your own reality". This resulted in impromptu dance performances and neighbourhood plays; she would go on to major in dance and theatre at Bennington.

The downside of having parents "going through their puberty at the same time I was," Rosenberg says with a wry grimace, was that no one was protecting her, or teaching her to protect herself. "You're vulnerable to predators and all manner of ills," she says. "We were told that we were free, and what's wrong with you that you're not embracing your sexuality? It's like, 'Well, I'm 13!'"

A show about a furious female avenger, Jessica Jones now looks like the first step towards a more socially conscious Marvel television and film universe; it was soon followed by Luke Cage, which is steeped in black history and racial politics (and whose lead character was introduced to the public on Jessica Jones) and now Black Panther.

"Marvel works best when you take things from real life and you put them through the Marvel prism, so it doesn't feel like you are sitting on a soapbox – it feels like you're watching a drama that has action and adventure and humour in it," says Jeph Loeb, the head of television for Marvel.

Jessica isn't a figurehead for strong, liberated womanhood; she is doused in too much whisky, guilt and confusion for that.

"She's never going to sit there and be depressed for more than a scene or two," Rosenberg says. "Buried underneath all that alcohol and psychic damage is someone who wants to do good in the world. Ultimately, she's going to do something about it, because she is a survivor."

Ritter describes the character of Jones as a two-headed creature that is "half Melissa and half me. Someone on set said that watching the two of us in rehearsal is like watching two teenagers start a band in a garage – all passion and grit and fire."

Rosenberg points to a scene at the start of the new season where Jessica ends up in court. "It was about 3am, and I had overwritten the scene, which became obvious the moment we started rehearsing it," she said. Moments before the cameras were set to roll, the two women stood on set excitedly brainstorming about how to hone the dialogue. "We were finishing each other's sentences!"

Now that she has succeeded in complicating the superheroine narrative, Rosenberg says she would be game to take on another genre film franchise like Twilight. For now, though, she is devoting herself to Jessica Jones, which allows her to channel the current cultural moment into characters who live, breathe and fight back.

"We all play a role in what society constructs for us," she said, staring at the wall where a poster of the villainous Kilgrave looms. "And I think what's incredible about this (#MeToo) movement is us saying, You know, we're not going to play those roles any more."

Founder Bak Kut Teh in danger of closing down

Biden says he’ll keep US embassy in Jerusalem if elected

Lyudmila Rudenko: Who was the influential chess champion honoured by Google Doodle?

Chris Brown sued by woman who says she was raped at...