Investigators added a first-degree murder charge to the five McArthur is already facing in connection with missing persons cases that date back as far as 2010.The latest charge is for the death of Skandaraj "Skanda" Navaratnam, 40, who was last seen September 6, 2010, according to Detective Sgt. Hank Idsinga. Navaratnam was reported missing by a close friend 10 days later. McArthur, a 66-year-old self-employed landscaper, was arrested in January. Police say he buried his victims' body parts in potted plants on properties where he worked. Idsinga declined to specify what led to McArthur's arrest.Navaratnam's remains are among those discovered in planters found at a property linked to McArthur, Idsinga said Friday.Investigators also identified some of the remains as belonging to Soroush Mahmudi. McArthur has already been charged in connection with Mahmudi's death.The remains of Andrew Kinsman, which were previously identified, also were found on the property.Idsinga said they are using fingerprints, dental records and DNA analysis to identify the remains. Investigators are awaiting confirmation on the identities of at least three more victims found in the planters.Idsinga said he believes there could be more victims, but he has "no idea" how many.Investigators are picking their way through McArthur's past, tracing his steps "as far back as we can go," Idsinga said.Police are very interested in at least two other properties, Idsinga said, but the investigation has been slowed by frigid Toronto weather, which keeps the ground frozen.McArthur's attorney, Edward Royle, declined to comment on the charges.

The gruesome discovery of McArthur's alleged trail of victims has rattled Toronto's Gay Village, a neighborhood known for its predominantly gay population. Many of the victims were known in the community.McArthur has been charged with killing:

Kinsman was last seen in June 2017.Esen had no fixed address, and often had a small plastic suitcase on wheels, police said. He was reported missing in April last year.Kayhan was reported missing in October 2012.Lisowick was not reported missing, but authorities believe he was killed sometime between May 2016 and July 2017.Mahmudi was reported missing in August 2015.McArthur had some sort of relationship with each of his victims, some of which were sexual, Toronto Police spokeswoman Meaghan Gray said earlier this month.At a vigil last week, Soofia Mahmood of the LGBTQ group 519 Center, said, "This is, of course, a terrible tragedy, but not the first time the LGBTQ [community] has lost lives and members of the community have been missing.""The community has been victim to systemic abuse over the years, particularly people of color in our community. There is need to expect and demand accountability, from police and other groups who stereotype members of the community," Mahood said. "But now, there is a need for solidarity in the community. We need to come together to celebrate the community and heal together." 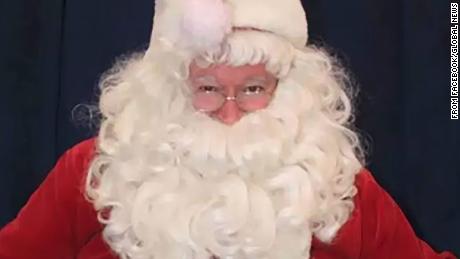 News of McArthur's arrest shocked many in the Gay Village area who recognized him from the local coffee shops and bars. Paul Ciantar, 54, told CNN he has seen McArthur in the area, but didn't know him personally. Ciantar said he has friends who did know McArthur and added, "They all said that they never would have suspected him.""He looks like Santa Claus. He looks harmless. That probably really helped him," Ciantar added.McArthur didn't just look like Santa, he played the part at a mall in Scarborough, Ontario, over the past few Christmas seasons, according to Agincourt Mall."He was hired through an event management company who provides various forms of entertainers including Santa to many events throughout the [Greater Toronto Area]," the Agincourt Mall said in a statement. "There were no reported incidents by customers or by store and mall employees during his time at the mall."

Exceptionally Wicked is a discomforting exercise in glamourising evil

Chinese kit ‘putting all of us at risk’ if used in...

admin - October 13, 2018
0
Security threats from Chinese companies building 5G networks could end up "putting all of us at risk..

admin - August 15, 2020
0
The school's Board of Visitors unanimously voted to change the names of the dorms Thursday. The..