Monica Lewinsky says if you ever want to know what “power looks like” just look at the medias treatment of Bill Clinton after their affair.

Lewinsky is opening up after hours of interviews about her affair with President Clinton for A&Es new docu-series, “The Clinton Affair.”

Lewinsky engaged in a multi-year sexual relationship with Clinton while he was president. Clinton lied about the nature of the relationship, which led to his impeachment by the U.S. House of Representatives. Lewinsky wrote a lengthy explainer in Vanity Fair about the new series and explained her frustration with Clinton after the affair and the medias complicit treatment of Clinton.

After occupying distant orbits for two decades, we finally reached the perigee. For the first time in more than 15 years, Bill Clinton was being asked directly about what transpired. If you want to know what power looks like, watch a man safely, even smugly, do interviews for decades, without ever worrying whether he will be asked the questions he doesnt want to answer. But in June of this year, during an interview on NBC, Craig Melvin asked Bill Clinton those questions. Was I owed a direct apology from him? Bills indignant answer: “No.” 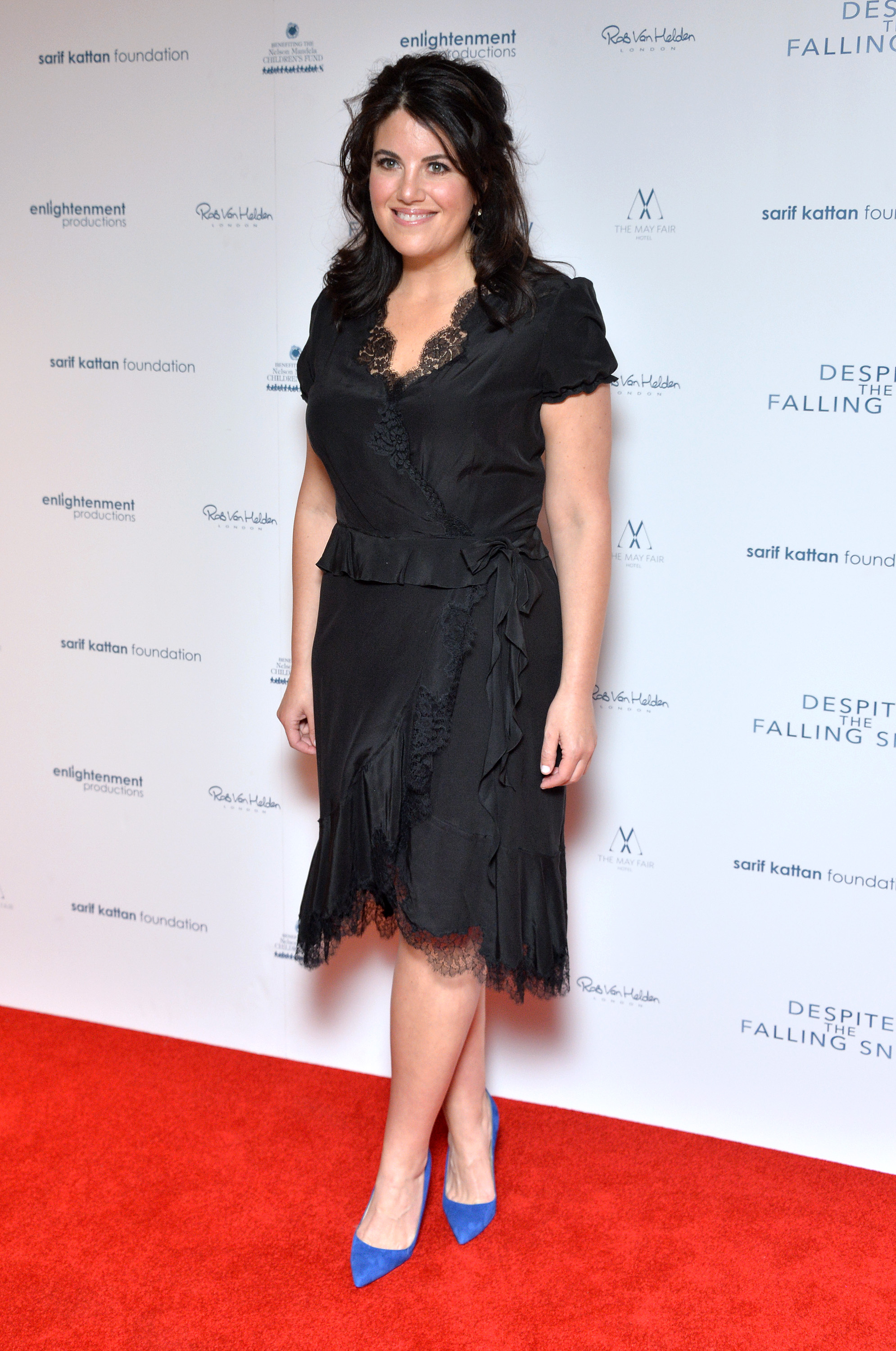 He contended that he had apologized publicly in 1998. I did, as well. My first public words after the scandal — uttered in an interview with Barbara Walters on March 3, 1999 — were an apology directly to Chelsea and Mrs. Clinton. And if I were to see Hillary Clinton in person today, I know that I would summon up whatever force I needed to again acknowledge to her — sincerely — how very sorry I am.

Lewinsky also broke news in the series by explaining how she received the stain on her infamous blue dress.

The New York Post published excerpts of the interview Tuesday, detailing how the dress came to be.

Lewinsky had been summoned to the White House in 1997 in the middle of her years-long sexual relationship with the President. After a public event, Clinton told Lewinsky he had a present for her and walked her back to the Oval Office. According to the The New York Post:

“And so we moved to the bathroom and were more intimate. There was some attention paid on me and then I was reciprocating, where up until that point he had always stopped before completion on his part,” Lewinsky said, delicately trying to explain their encounter.

“I sort of stood up and said I wanted to move past that stage and so he finally said OK.”

Thats when the dress was soiled, but Lewinsky didnt notice at the time.

“So that finished and then I hugged him after. And he hugged me,” she said. “And off I went.”

In 1998 grand jury testimony, she said she initially thought the marks on her dress “could be spinach dip or something.”

Hillary Clinton recently argued that her husbands actions did not constitute an abuse of power since Lewinsky was an adult. (RELATED: Hillary Clinton Says Husbands Sexual Harassment Allegations Different Than Trump)

As COVID-19 rages around the globe, other infectious diseases shrink away

admin - August 1, 2020
0
Enlarge / A masked pedestrian crosses an empty street at a usually busy intersection in the Central ..

This high school football coach disarmed a student. Then he hugged...

admin - October 21, 2019
0
The student walked into a classroom at Parkrose High School in May, intending to use the firearm to ..