The Dark Pictures Anthology is a series of cinematic stand-alone games which touch on various horror genres.

They wont be connected to Until Dawn, and more happily, they wont be a PlayStation-only franchise.

It will be published by Bandai Namco,

The first instalment of their project is Man of Medan, which they have released a trailer for.

What is the Man of Medan?

Man of Medan is the first standalone game in The Dark Pictures Anthology series.

The story follows a group of Americans who discover a ghost ship while they are on a diving trip to a WWII wreck.

A storm comes in and the group gets trapped onboard, and they need to find a way to escape “the ship and its sinister history”.

Keeping true to their brand, the Supermassive game allows you to choose the fate of every character.

This means you can make a horrific horror saga, or avoid those bleak situations.

Supermassive Games have said that Man of Medan will be the first part of The Dark Pictures Anthology.

However, there is no specific release window yet outside of 'sometime' in 2019 next year.

It will be Supermassives first step outside the PlayStation-only world having gained a lot of goodwill for the likes of Until Dawn and The Inpatient.

Man of Medan will be available for PlayStation 4, Xbox One and PC.

MAN OF MEDAN: The first instalment of The Dark Pictures Anthology

What have the creators said about the game?

Pete Samuels, CEO at Supermassive Games, and Executive Producer on The Dark Pictures said: “We are incredibly excited to announce the Dark Pictures Anthology and the first game in the series – Man of Medan.

“With each title being a stand-alone game we have the opportunity to create a unique horror experience every time, with new stories, settings, characters and cast.

“As a studio we have a passion to deliver powerful cinematic horror, and we cant wait for players to experience these new games across PS4, Xbox and PC.

“We have a great partner in Bandai Namco Entertainment and we look forward to working with them to help bring these terrifying tales to gamers everywhere.”

He continued: “Creating this project has been massively exciting for us and we cant wait for people to start playing Man of Medan and the subsequent games in The Dark Pictures Anthology.” 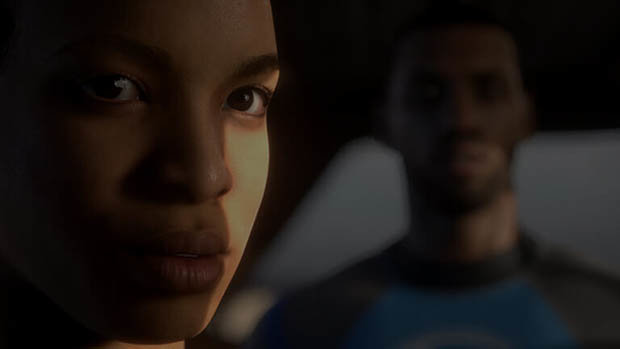 MAN OF MEDAN: The story follows a group of Americans on a ghost boat

How many future episodes will there be?

It PlayStation how many games will be in The Dark Pictures Anthology.

However, Supermassive chief Pete Samuels has noted 39 stories they would like to tell.

While it is doubtful you will see 39 games, the series will likely continue as long as it is a success.

He said: “At Supermassive, we have a passion to deliver powerful cinematic stories and were following on from titles like Until Dawn and The Inpatient by telling new horror stories that we expect the fans will want to play.

“Each game in the series will feature a brand new story, setting and characters.

“The Anthology format gives us the opportunity to tap into a variety of horror sub-genres. Weve identified 39 that wed love to represent in the Anthology, but that would take some time!”

Cardi B interviewed Joe Biden and she had some requests

admin - August 18, 2020
0
The rapper, who is riding high on the charts right now with her and Megan The Stallion's collab..

The Distillers announce 2018 tour as Brody Dalle gets band back...

admin - February 20, 2018
0
Nintendo Labo – do it yourself gaming GameCentral gets to play around with Nintendo’s latest, and st..