Last month, Loughlin and Giannulli were charged with one count of bribery in a third superseding indictment. They already faced two conspiracy charges related to the sprawling scheme in which wealthy parents paid to cheat, bribe and lie to game the college admissions system for their children.The new charge accuses Loughlin and Giannulli of bribing University of Southern California employees to get their daughters admitted. USC coaches and athletics officials allegedly designated the daughters as recruited athletes, easing their admission regardless of their athletic ability, prosecutors said.The superseding indictment does not allege any new criminal behavior and is based on the same scheme prosecutors alleged in March. Loughlin and her husband pleaded not guilty in April to charges of conspiracy to commit fraud and conspiracy to commit money laundering. Prosecutors say they paid $500,000 to a fake charity to get their daughters into USC, falsely designating them as crew recruits. They face up to 45 years in prison for those charges. 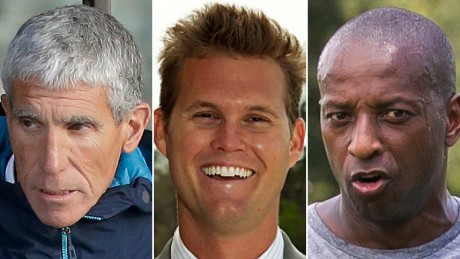 The additional bribery charge carries up to five years in prison. The Read More – Source

Watch Teslas drive around parking lots with no one inside them

If you’ve been watching a lot of ‘comfort TV,’ you’re not...

admin - August 14, 2020
0
It had all started when I got sucked into years-old reruns of "Million Dollar Listing Los Angeles" o..

French couple shot dead in Haiti while seeking to adopt a...

Simon Cowell is like an alternative Father Christmas as he greets...

admin - February 7, 2018
0
Although they hail from rival companies, there are several parallels to DC's best movie, "Wonde..