West's new song — the humbly titled "Ye vs. The People" — debuted Friday on Los Angeles radio station Power 106. The track features West debating Tip "T.I." Harris, the Atlanta-based, Grammy-winning rapper who's been an outspoken critic of police brutality — and is no Trump fan.West's opening salvo in the track picks up the thread of the recent controversy: "I know Obama was Heaven sent, but ever since Trump won, it proved that I could be president," West raps.West defends his embrace of Trump, notably the picture he tweeted of himself wearing a Trump campaign hat."Make America Great Again had a negative reception. I took it, wore it, rocked it gave it a new direction. Added empathy, care and love and affection, and y'all simply questionin' my methods," he says.T.I. returns fire in alternating rhymes and gets in a personal barb at West: "This s**t is stubborn, selfish, bullheaded, even for you."When West complains that "All Blacks gotta be Democrats," T.I. shoots back: "F*** who you choose as your political party, you representin' dudes just seem crude and cold-hearted."

The new song may fuel critics who say West's embrace of Trump is nothing more than a publicity grab to plug upcoming material. Indeed, social media lit up earlier this week with a wide array of hot takes on the apparent West-Trump bromance. 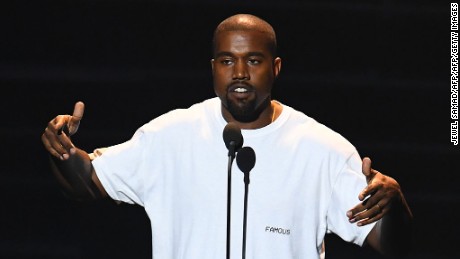 Besides the MAGA-hat pic, West tweeted Wednesday that he and Trump "are both dragon energy. He is my brother." West noted he doesn't "agree with everything anyone does" and couched his defiance as an exercise in independent thought.The White House pounced on West's praise. "Thank you Kanye, very cool!" Trump tweeted Wednesday.West famously met with Trump in December 2016 at Trump Tower during the then-President-elect's transition period. That encounter also generated intense backlash from West's fans.

Red Dead Redemption II review – the good, the fantastic, and the beautiful

How to complete the dance in forbidden locations challenge in Fortnite

After Attacks On Assyrians, Northern Iraqs Christian Minority Recommits To A Homeland

‘Billions’ actress Melissa Errico helped save a man in the subway