Written and directed by Ava DuVernay, the four-part drama tells the true story of the Central Park Five — Korey Wise, Antron McCray, Raymond Santana, Kevin Richardson and Yusef Salaam — who were pressured into falsely confessing to the brutal attack and rape of Trisha Meili in 1989.Jerome's riveting performance as Wise — who was then the oldest of the accused at 16 years old, and thus served his 14 years as an adult in the corrections system — earned him critical praise. He was the only one of the five main actors to play his role as a teen and as an adult.After thanking his parents, the 21-year-old named the five men who sat alongside veteran actors and Oscar-winners in the Microsoft Theater in Los Angeles.As they stood up and applauded him, a visibly emotional Jerome said: "I felt like I was in a championship game, and we went through our final hurrah," he said. "Thirty years ago they were sitting in a prison cell, falsely incarcerated, and today they're in suits styled by designers for the Emmys."Not only is Jerome the first Afro-Latino actor to be nominated for and win in an acting category, he is also the youngest actor to win Lead Actor in a Limited Series.The relative newcomer, who hails from the Bronx, beat Mahershala Ali, Benicio del Toro, Hugh Grant, Jared Harris and Sam Rockwell for the award. 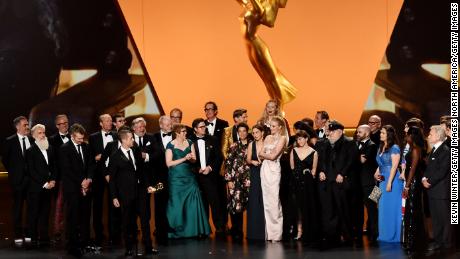 Which area is the Help to Buy capital of London?

Marvel And DC Blasted By GLAAD For Not Having Enough Gay...