She felt a part of her was broken forever. But as she spoke out against the neo-Nazi she believes responsible for her family's hell, she also knew she was stronger.Tanya Gersh testified for more than an hour in a courtroom in Missoula, Montana, describing in painstaking detail what happened after Andrew Anglin published her name and contact details on the Daily Stormer neo-Nazi website. They were listed on a post criticizing her after she became involved in a dispute with the mother of a white nationalist and condemning her for being Jewish.She listened as her therapist described what she was like on days that were a dizzying blur to her. Gersh, 46, a realtor and mother of two, got messages that said: "I hope you die," "Kill yourself," and "We will take pleasure in your pain." One voicemail said: "You are surprisingly easy to find on the Internet. And in real life.""This is something that will forever change me," Gersh told CNN after court. "I'm never going to be the same Tanya again."But she was there, in the courtroom, and he was not. Anglin had said he feared for his safety if he appeared at the hearing as demanded by the judge. "Andrew Anglin already admitted that he didn't show up because he was scared to show up and fight," Gersh said."I feel like him not showing up was an even louder message to his followers that he's not worth following," she added.His absence means he legally forfeits his right to a defense, but it is more than that to Gersh."He absolutely lost this war," she said after the hearing at which Gersh sought a default judgment against Anglin, deeming him liable for using his website to encourage readers to contact her. The lawsuit, filed by Gersh in April 2017 with the help of the Southern Poverty Law Center, sued Anglin for "invasion of privacy, intentional infliction of emotional distress and violations of Montana's Anti-Intimidation Act."Anglin and his lawyer, who no longer represents him, earlier claimed Anglin was no longer a US citizen and that his words were protected by the First Amendment.

US Magistrate Judge Jeremiah C. Lynch will rule later on the case.Gersh hopes it will be a warning to online trolls: You are not immune from the law."Just because they didn't show up at my house and burn a cross, their actions and their words can still destroy lives," she said. "Just because it was behind a computer doesn't mean that they can feel free to terrorize." 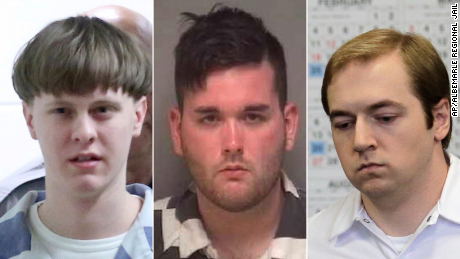 She rejects any suggestion that people had the right to say those things to her under the First Amendment."I was told that I was going to be forced to the brink of suicide. I was told that they were gonna come and get me. I was told that I should have burned in the oven with the rest of my people during the Holocaust and I had phone calls with nothing but gunshots," Gersh recounted. "I'm sorry, but nothing about that screams free speech."She hopes her story could even impact America's online conversations and comments, whether there are direct threats or not. "It's really important for our country to stop and think really hard about the words that are coming from your brain to your fingertips, before you hit send," she said."The truth is that Andrew Anglin did break a piece of me, and that's a really hard thing to admit to him and to his haters. But, by golly, I can make sure or try really hard to make sure it doesn't happen to anybody else moving forward."

Gersh's lawyers contend she will have $1.3 million in current and future losses due to the troll storm that impacted her real estate business and her ability to work.Gersh's lawyer, David Dinielli, said Gersh painted in her testimony "a powerful picture of true-life effects of the conduct that Andrew Anglin himself didn't have the courage to defend"Read More – Source

Have You Seen Russell Crowe Recently? If Not, Look At Him Now [PHOTOS]

Comcast $65bn bid sets up battle with Disney for Fox

Don’t expect Tories to be punished for data breach

Alex Trebek On #MeToo Movement: This Has Got To Be A...

Mary J. Blige did her own damn tribute