At her house in the Bronx, her mother's musical preferences reigned supreme, and young Lopez wasn't too happy about it at the time. "We hated it," Lopez said in an interview with People in 2017. "We wanted to hear what was cool at the time." It's an experience had by many, whether you are one or five generations removed from your immigrant roots. If the mission as a kid is to assimilate to the culture around you, you will try to do just that even if the cost is turning a surly eye to the music or sound of your people.What changes, as adults, if you're lucky, is that your past and your culture come into focus, as it eventually did for Lopez. "I remember coming out to Hollywood and starting and everybody seeing me being Latina as something that was going to be a hindrance in a way," she recalled in the 2015 documentary "The Latin Explosion: A New America." She decided, instead: "That's going to be my strength."

'Jenny from the Block' to the Super Bowl

More than 20 years after she released her first album, Lopez is going to take the stage at the Super Bowl halftime show in a milestone moment that will see two powerhouse Latina artists co-headline for the first time, showing, as she has many times during her wide-ranging career, that existing between cultures is as American as the game being played on Sunday. "This is such a moment for us to celebrate as a community and, you know, it's a big deal," said Ivette Rodriguez, co-founder of LA Collab, an organization whose goal is to double Latino representation in Hollywood by 2030. "America is going to see three Latinas on the most important American pastime."Lopez is co-headlining the show with Colombian-born global superstar Shakira. Demi Lovato will be singing the National Anthem."It's just really unbelievable and what an incredible moment in our history [and] in our country — because everything is a little messy right now," Rodriguez added. For Lopez, the road to the Super Bowl halftime stage has been an exercise in balance, discipline and hard work. 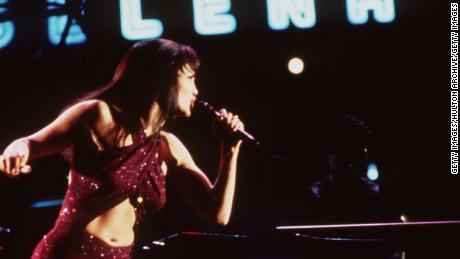 Before she came onto the music scene in 1999 with "On the 6," Lopez already had a burgeoning film career, having starred in the musical biopic "Selena," "Anaconda," and "Out of Sight." Though the films were successful and led to mainstream work, in retrospect, Hollywood was far from a perfect in how it made room for Lopez's cultural identity on screen in her early years.Take, for instance, "The Wedding Planner," in which Lopez's character, Mary Fiore, is Italian. In DVD commentary, noted by the Los Angeles Times, filmmakers claimed the decision was a compromise. In the original script, they said, the main character was Armenian, but film buyers in other countries "weren't interested in a movie about an Armenian wedding planner but would accept an Italian," according to the publication. (Director Adam Shankman couldn't be reached for confirmation or further comment regarding this issue.) 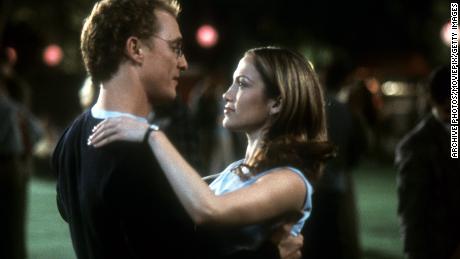 Even her selection to play Mexican-American singer Selena Quintanilla caused a stir among fans who saw Puerto Rican Lopez's casting as a slight. (Yes, people, all Latinos are not the same. Down with the monolith myth.)In some ways, it mirrors some of the issues once described by Rita Moreno in a speech to graduates of the American Film Institute Conservatory."I was cast to play every ethnic part the studios needed," the actress said, recalling that she'd played Indian, Native American and Arabian characters, per an account from The Hollywood Reporter. "With them came what I had to call the 'Universal Ethnic Accent' because I had no idea what an Indian princess should sound like." Sure, what Lopez faced was not that bad. But instead of waiting for the system to change — and it has, kinda — Lopez created her own system, dipping into producing her own film and television content. Case in point: "Shades of Blue," a series she executive produced for NBC. The main character, played by Lopez? Harlee Santos.Her journey to musical success was a slightly smoother ride, culturally speaking. She entered the scene in the late '90s, just as music was seeing the aforementioned deluge of Latin artists, with Ricky Martin, Marc Anthony and others preparing the ears of American listeners for the heart-pounding, dance-ready beats they wanted to serve up. 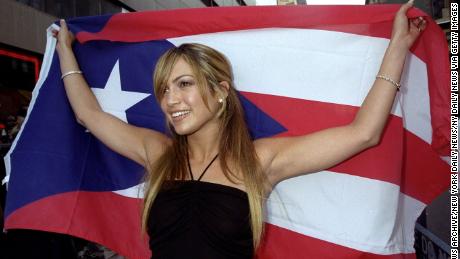 "It was new to see pop stars of Latin descent at that level," Lopez recalled in the documentary. "That was the beginning of things changing and people just going, 'Oh, they're just making good music and I like it. It doesn't matter where they're from.'" Just two years after making her first album, Lopez became the first woman to have a No. 1 movie and album in the same week, thanks to the simultaneous release of "The Wedding Planner" and her album "J. Lo."

In both fields, Leila Cobo, vice president and Latin industry lead for Billboard, thinks present-day Latina artists like Selena Gomez or Camilla Cabello stand on the shoulders of many, saying "there are no overnight shifts." But Lopez "has most definitely been a force" and "a shining example of how it is possible to be multicultural." "Lopez is born and raised in the US and speaks both English and Spanish and that allows her to navigate two cultures with ease," she says. "She also happens to be a great dancer and a great actress in addition to a singer, which in itself is unusual, in any language. She is a triple threat and that sets her apart, whether she is Latin or not."Her performance at the Super Bowl comes after what was a disappointing January in the land of Lopez admirers, particularly those who thought this was going to be the year that Jenny from the block would walk the Oscar stage. 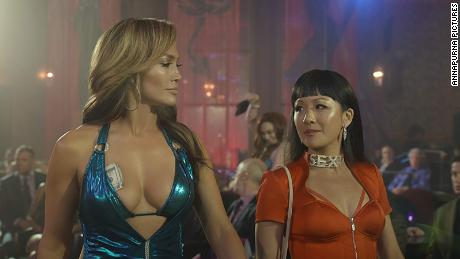 If she had, Lopez, in contention for her role in "Hustlers," a film about a group of exotiRead More – Source

Halsey opens up about her mental health

Craft brewers descend on Washington — just in time for tariffs

admin - June 3, 2018
0
So the brewers were well positioned to make their case to members of Congress that the move could hu..

‘This Is Us’ returns with more tear-inducing drama

Read this before you see ‘Avengers.’ You’re welcome