Fischer and Kinsey, who played Pam Beesly and Angela Martin on the beloved NBC comedy, will be teaming up for "Office Ladies," "the ultimate podcast for nostalgic fans," according to an announcement from podcast company Stitcher, first shared with CNN. Each week the duo, who are best friends in real life, will break down an episode of "The Office" and provide behind-the-scenes stories and answer questions from listeners. The podcast premieres October 16 on Stitcher's comedy network, Earwolf, which is home to shows like "Conan O'Brien Needs a Friend" and "How Did This Get Made?" 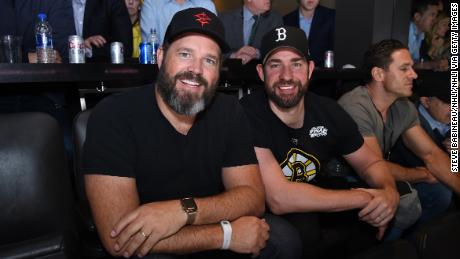 "As we close in on the 15th anniversary of the show, it seemed like a great time to share our stories and behind-the-scenes trivia with fans," Fischer said in a statement. "Besides talking about 'The Office,' you can also hear us chat a little about our lives, our Target runs together, our friendship through the years.""The Office" ran for nine seasons from 2005-2013. It found second life and a new generation of viewers thanks to streaming and Netflix, with Nielsen estimating the show was streamed Read More – Source

Kanye: Trump win ‘proves I could be President’

Weekend Hot Topic, part 2: How have your tastes in video games changed?

Switch Games News: One of 2018s best games coming to Nintendo this year

UK’s Johnson urges Britons to ‘work from home’ amid surge in...

Hackers behind dangerous oil and gas intrusions are probing US power...

Kelly Clarkson says life’s ‘been a little of a dumpster’ since...