Digital Politics is a column about the global intersection of technology and the world of politics.

Facebook fumbled its way from scandal to scandal. Google was slapped with another record antitrust fine over its Android mobile software. And officials in Brussels, Washington and elsewhere struggled to get their heads around how tech went from a legislative sideshow to the center of policymaking worldwide.

For those hoping the new year will bring respite from this “techlash,” I have bad news: Weve only just begun.

No matter where you look — from early-stage European Union investigations into Amazon and Facebook to potential federal privacy legislation in the United States — the era of laissez-faire policymaking on tech has come to an end.

Gone are the days when tech was supposed to save the world.

In its place, politicians are taking their battle with Silicon Valleys biggest names to the next level, while doing all that they can to support domestic digital programs and local startups as the digital economy becomes central to the wider economy.

As 2019 approaches, the list of upcoming regulatory standoffs feels neverending.

Facebook (which outmuscled Google this year to become the tech giant everyone loves to hate) faces a slew of regulatory investigations into its Cambridge Analytica scandal, privacy sanctions under Europes new data protection rules and its role in the spread of misinformation in elections around the globe.

Margrethe Vestager, Europes competition czar, is in a race against time before her tenure ends at the European Commission to complete a series of investigations into many of the worlds largest tech firms. The U.S. Congress — never known for its willingness to regulate tech — is slowing waking up to the fact that it may need to act. 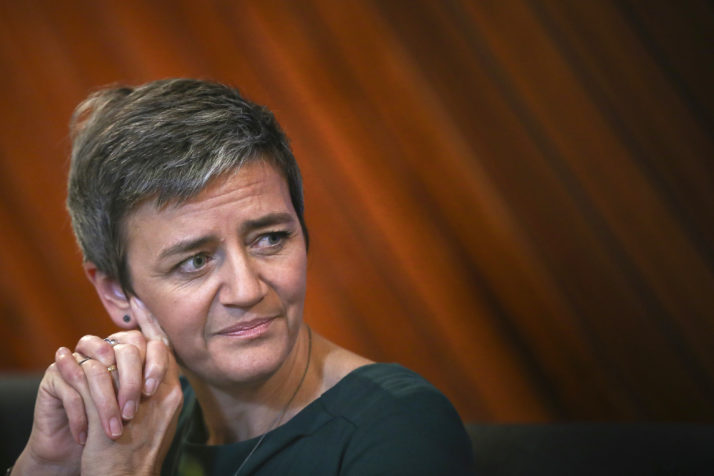 And from France to the Philippines, lawmakers are fast-tracking new rules aimed at curbing the power of Big Tech. From laws to tackle “fake news” to demands that firms pay more tax into national coffers, policymakers are eagerly trying to rejigger the playing field, all while most of these countries voters continue to embrace the latest tech wizardry faster than you can say “Hey, Alexa.”

With so much on deck, its easy to miss the big picture. Here are four predictions for 2019 to help guide you through what awaits us next year.

Gone are the days when tech was supposed to save the world.

Now, national lawmakers want to know how some of the worlds biggest tech companies are going to help them at home — either through paying more out in taxes (Frances new digital levy on Facebook and Google comes into force on January 1) or by investing in local operations, which can offer both high-tech jobs and digital know-how for countries national tech industries.

It doesnt stop there. Expect to see politicians putting increasingly tough restrictions on who can acquire domestic tech players as the battle for talent, intellectual property and investment ratchets up amid the growing importance of digital industries to countries future economic prosperity. That already has started to happen with Germany, the United Kingdom and the U.S. balking at Chinese players scooping up national champions.

Serious cracks are starting to show in peoples faith in Silicon Valley — and those will expand even further.

Its the start, not the end, of such strategies.

Even as Western allies look to outdo each other on tech, the era of digital cooperation will likely be tested to its limits as governments move to impose national laws on the internet age.

Data as a toxic asset

Its become a cliché to claim data is the “oil of the 21st century.” But now that Europes revamped data protection rules are in full swing (and tens of thousands of complaints have been filed across Europe), this seemingly never-ending pot of digital information is starting to look a lot less appealing — even if it still underpins the online digital advertising industry, or the main cash cow that keeps the digital economy running.

Already, competition authorities are investigating whether the collection of large amounts of information by a few tech firms (Facebook, Google and, increasingly, Amazon dominate the online ad world) could represent unfair competition. The first blockbuster fines under Europes General Data Protection Regulation, or GDPR, will likely be doled out in the second half of 2019.

And with new data breaches and online hacks revealed daily, the vast treasure troves of data that companies now hold on us may soon leave them open to almost limitless regulatory risk.

Public awakening to techs ugly side

Last year, I predicted policymakers and consumers would diverge on how they viewed Big Tech, with officials taking a significantly more skeptical line than the tech-mad voters. That held true for most of 2018. But as we head into the new year, serious cracks are starting to show in peoples faith in Silicon Valley — and those will expand even further amid increasing regulatory pressure on how these firms operate globally.

Will the influx of “fake news” throw an upcoming election in favor of one side or another?

In the U.S., for instance, a recent Pew Research Center study found that while roughly three-quarters of people still believed tech companies and their products have more of a positive impact than a negative one on their own lives, almost one-third of the same individuals now think these firms have a harmful effect on the wider society.

Sure, thats not a tidal wave of users running to the door — at least, not yet. But with investors pushing Facebooks stock price down more than 20 percent this year and people from Lyon to Los Angeles openly questioning the role these players have in their daily lives, the optimistic drumbeat that surrounded the tech industry for years is coming to an end.

With both India and the EU heading to the polls in two of the worlds largest-ever elections next May, 2019 marks the biggest test to date for how social media companies and governments worldwide confront digital misinformation. Its not going to be pretty.

Many policymakers still base their tactics on what happened in the 2016 U.S. presidential election. But online tricksters (both those looking to make a quick buck and those backed by foreign governments) havent stood still, updating their tactics to keep one step ahead of regulatory and corporate responses. That includes shifting to internet messaging services like WhatsApp (which are almost impossible to police because of built-in encryption standards) and moving to smaller, less protected social media sites like Instagram whose policies arent yet robust enough to cope. One word to get to know for 2019: deepfakes, or almost real-life copies of public figures saying the most outrageous things powered by artificial intelligence and machine learning.

Will the influx of “fake news” throw an upcoming election in favor of one side or another? That, unfortunately, is almost impossible to predict. But with the reputations of both politicians and tech players on the line, the failure to clamp down on misinformation, particularly around elections, will only further polarize electorates.

Read this next: The other Khashoggi

In seconds, we faked our way into a political campaign, got unsecured voter data

Flu season is around the corner. Is your family prepared?

admin - March 1, 2018
0
Bulletproof shelters have been installed in an American primary school to protect children from viol..

Kevin Hart to host the Oscars

Will consumers react to Xiaomi’s aggressive push in $300 plus segment...