But what has set "Veronica Mars" apart from other programs geared at young adults is how it helped a certain segment of the population feel seen: sexual assault survivors. "You want to know how I lost my virginity? So do I," Veronica narrates in an unflinching, emotionless voiceover in the pilot. The incident, the audience learns, happened when she was drugged and raped after she put on a pretty white dress and attended a house party in an attempt to realign with a friend group who had alienated her. "It was jarring in a lot of ways. But at the same in time, it felt like it was something that I didn't feel alone about," assault survivor Celeste Smith says of this episode, particularly of a notorious flashback scene where Bell's character wakes up confused and deregulated in a strange place with her underwear on the ground. Smith, a product marketer and photographer from Plano, Texas is one of a few "Mars" fans (who call themselves Marshmallows) and assault survivors who responded to a request by CNN to be interviewed on this topic. She began re-watching the show in college about six months after she was sexually assaulted and she says seeing this moment "was kind of a sobering reminder of what I had been through." Aside from freely Tweeting about the show and/or her ordeal, she's spent the past decade introducing others to what she calls her favorite series — with the caveat that "it's a show that approaches a common reality for women… but I present it as a way of healing if it's something that you can handle because it talks about it from her perspective in a way that I think a lot of other TV shows don't."We, and Veronica, won't know who her attacker is for some time and the themes of violence against those who are perceived to be weak, particularly women and girls, and the notion of "asking for it" are prevalent through all three years of the show's initial run. But what's also important here is that the incident at the party, while defining, isn't treated as a cautionary tale that makes Bell's heroine cower. Instead, it gives her a rock-hard emotional coat of armor that protects her as she becomes a real-life superhero for the downtrodden in her fictional seaside home of Neptune, California.Although the show ended its original incarnation in 2007, this depiction seems eerily prescient to today's headlines. Just ask Shannon Chamberlain. The post-doctorate scholar taught the series for two semesters as a graduate student instructor while working on her PhD at University of California-Berkeley — which coincidentally happened to be at a time when that school, and so many other colleges, was embroiled in stories of sex crimes.Chamberlain, who wrote an essay about her experiences for Vox in 2016, says now that, as she progressed in discussions with her students, conversations evolved into debates about "how Veronica pursues individual justice at the expense of a broad, socially construed idea of justice." She says she also saw an influx of students who came to her privately to discuss how the show made them rethink events that had happened to them "that they had not even classified as problematic." 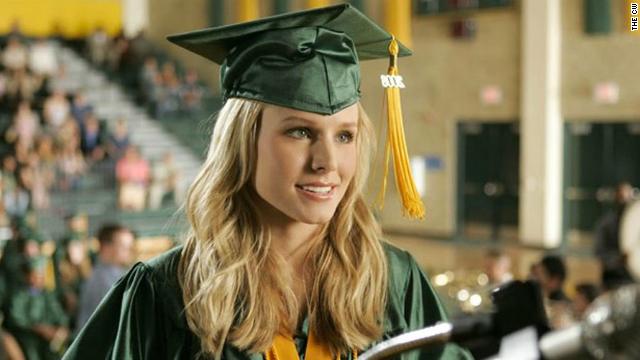 It's hard to quantify exactly how therapeutic shows like "Veronica Mars" have been for assault survivors, considering the understandably historically low probability of this subset of the population to self-identify. It also may require a change in mindset from the people who study various media&Read More – Source

Tarzan star’s wife killed by son, who is then shot dead by police

EU leaders gear up to counter Moscow on hacking threat

The Effect review: Play about drug trial certainly a trial for...