The groundbreaking nature of that film, a deeply personal look at growing up in South Central L.A., is by itself an enduring legacy. Yet Singleton's career highlights not only the significance of that movie, but the progress since and the work that Hollywood has left to do.Like many who achieve early success, Singleton — who died Monday, at the age of 51 — is destined to be most closely identified with his debut accomplishment. Despite directing movies in different genres through the 1990s and 2000s, he eventually expressed frustration with the studio system, saying in a 2017 interview, "I could have done more movies."Singleton made that comment in discussing why he had funneled his efforts into television, a medium that — in its recent hunger for content — has become more conducive to showcasing diverse voices and the kind of intimate storytelling that "Boyz in the Hood" represented.Notably, Singleton's latest project, the FX series "Snowfall," deals with many of the same themes that "Boyz" explored nearly three decades ago, chronicling the onset of the crack cocaine epidemic. The format has allowed that story to unfold gradually from multiple perspectives, without the pressures that have prompted the major studios to focus their resources on theatrical blockbusters.In addition to films like "Baby Boy" and "Poetic Justice," Singleton directed broadly skewed mass entertainment, including the first sequel to "The Fast and the Furious" and the "Shaft" remake, starring Samuel L. Jackson.Few projects, however, can rival the mix of cultural influence, commercial success and artistic merit that "Boyz n the Hood" combined, a story that Singleton said he had "lived" before making it.The movie dealt with a young man, played by Cuba Gooding Jr., sent to live with his tough, protective father (Laurence Fishburne), delving into the tragic impact of drugs, gangs and violence on the youth, his friends (Ice Cube, Morris Chestnut) and their community. 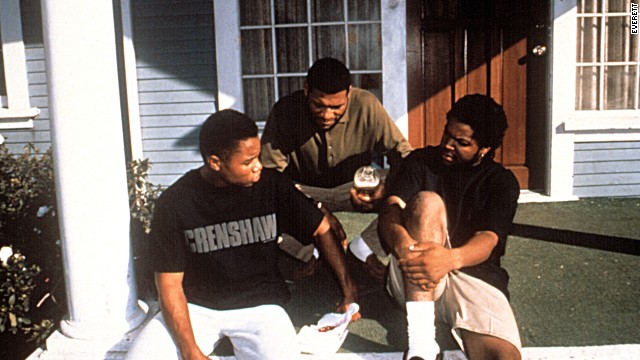 The pioneering aspect of "Boyz n the Hood" extended beyond the nuanced view of African-American life that it portrayed. Marking the film's 25th anniversary, Chestnut observed that the movie "made Hollywood take notice that there's some real talent out there that is just untapped.Read More – Source

Naya Rivera, star of ‘Glee,’ dead at 33 after disappearing from boat

admin - March 26, 2018
0
Anderson might have landed in a kind of no-dog's-land by creating a movie that risks biting off..