He says he's been searching for them for 4½ years, trying to coordinate with US government agencies and Kurdish forces, even traveling to the Middle East himself to look for his son and his daughter.Shikder, 38, says he feels betrayed by President Donald Trump's decision to withdraw US forces, the president saying it was time to "let someone else fight over this long-bloodstained sand" of northern Syria. If the troops are leaving, will there be agencies to help US citizens, like his children, who are still believed to be in the region?"I feel America does not care," he said. "This is the toughest time in my life."Yusuf and Zahra were taken from their Miami home in March 2015 by their mother while Shikder was away on a pilgrimage in Mecca, he said. Yusuf was 4 and Zahra 9 months old at the time. Both are native-born US citizens. Shikder is a naturalized US citizen originally from Bangladesh.Somehow, his wife, Rashida Sumaiya, was radicalized and decided to join ISIS in Syria, Shikder said.For the first few years she would send messages and pictures from Raqqa, the capital of the self-declared caliphate. A photo of Zahra showed her holding her brother's hand as a toddler in a sundress. Later photos had her dressed in the black robes and headcovering of the Islamic State. 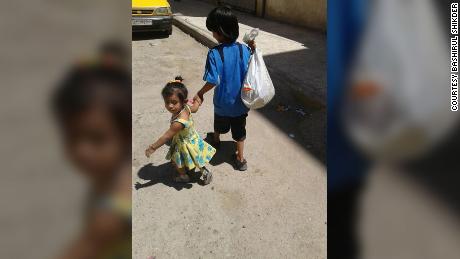 In 2016, Shikder says he received a document via text message that said his wife had divorced him because he had refused to move to the Islamic State. His wife later told him she had married an ISIS fighter and had a daughter with him. The man was killed in fighting about a month after the marriage, according to Shikder.The messages from Sumaiya stopped in December 2018. In January, he was told that she was killed in an airstrike in which the children suffered burns to their faces, according to a text message Shikder received from his wife's sister, who went with Sumaiya to Syria. CNN has not been able to speak to Sumaiya's family.Shikder says he has cooperated with the FBI and the State Department. He has contacted politicians, human-rights groups, attorneys and anyone who will listen. He has made two trips to the area, searching for his children. But the whereabouts of Yusuf and Zahra and their half-sister are still unknown.Shikder said he has told the State Department he is willing to adopt his children's half-sister and bring her to the US with his Yusuf and Zahra. 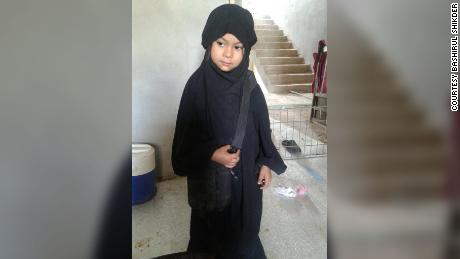 Shikder says he made several contacts at the al-Hol refugee camp in Syria and other places he's visited in the Middle East in his search for the children. Some have told him the children were smuggled to Idlib in northwest Syria, the last stronghold of rebels fighting Syrian President Bashar al-Assad and the region where ISIS leader Abu Bakr al-Baghdadi was killed. Others say that the children are at the Syrian-Turkish border or in Turkey or in a refugee camp near the border with Iraq.He does know from these contacts the three children are in the custody of another woman who was part of ISIS.Shikder says he has done everything federal agents have asked him to do, giving up privacy on his phone to allow his wife to be tracked. He shared information when he traveled to al-Hol this summer but said nothing had come of it. 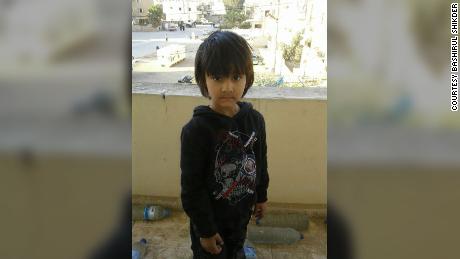 The FBI and the State Department declined to comment on the individual cases of the Shikder children.Shikder himself doesn't want to take political sides, but he said he would ask Trump for some advice, father-to-father."My dream for my children (is) that they be successful citizens of this country," Shikder said. "If he was in my place, what would he be doing?"Zahra and Yusuf are not the only US children taken to Syria by a suspected radicalized aRead More – Source

Bloodborne PS4 GUIDE: 10 tips to survive this free PS Plus...

Brexit Britain should be tech hub, Theresa May tells Davos

Mad for it: Why Manchester has been transformed into NY

Here Are Some Of The Biggest Loses America Faced In 2018

admin - December 30, 2018
0
Many great Americans passed away in 2018 after spending their lifetimes serving their communities, t..