"Watch the ocean rise 13 feet, with devastating wave action," said Brock Long, head of the Federal Emergency Management Agency. A storm surge happens when winds from a fierce storm push water up and onto shore. Heightened walls of water come crashing down, swallowing everything in their path. That onslaught of water can destroy houses, flood cities and kill indiscriminately. "Half of the fatalities in these tropical systems occur with the storm surge," said Ken Graham, director of the National Hurricane Center. And the stronger the storm, the higher the surge will be. That's bad news for people in Michael's path, since the hurricane crashed into Florida as a Category 4 monster.Long said the threat of dangerous storm surge is a primary reason for ordering evacuations. 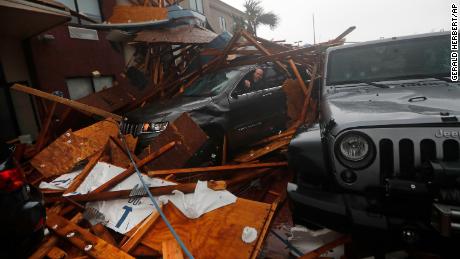 "This is nothing to play around with," Long said. "Those who stick around and experience storm surge are less likely to live to tell about it." After the ocean water crashes onto land, it can cause more nightmares. Rivers and streams that typically drain into the ocean can get clogged farther upstream, forcing water levels to rise. That leads to more flooding in rain-soaked areas. And due to climate change, storm surge has become an even greater threat in recent years. "Sea levels have risen in most places by about 1 foot over the past century," CNN meteorologist Brandon Miller said. "The higher baseline ocean level allows storm surges to reach even higher, increasing their destructive capabilities."

admin - March 3, 2020
0
CBS said in a statement on Friday that it has taken "the precautionary measure of temporarily suspen..

What we know about Boeing’s hypersonic strike aircraft that aims to...