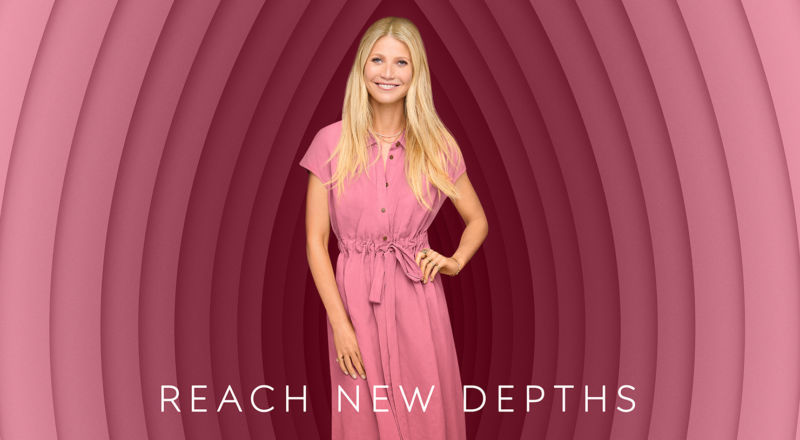 Gwyneth Paltrow—actor, pseudoscience-peddler, empowerer of women, and person who recently learned what a vagina is—will return to Netflix with a second season of The Goop Lab.

The six-episode docuseries of Paltrows wellness and “contextual commerce” empire, Goop, has been renewed, according to an exclusive report by Variety.

The first season, which oozed onto the streaming platform in late January of this year, followed Paltrow and her exploited Goopers as they aimlessly took to the high seas of junk science and marinated in snake oil spas. Individual episodes explored important topics such as the bright side of hypothermia, the powers of a magician who can massage your aura with moves he learned watching The Karate Kid, Goopers tripping on mushrooms for pretty much no reason at all, the benefits of a $50 salmon fillet, and how to be a fortune-teller in case you need a back-up career in the circus.

The bright spot of the season, by far, was an episode that featured the work of feminist sex educator Betty Dodson. Not only is Dodson a knowledgeable and respected expert in her field and a worthy person to amplify, the episode featured an exchange between her and Paltrow in which it became painfully clear that Paltrow does not have a firm grasp of the female anatomy. She literally did not know what a vagina is.

Of course, none of this is surprising to those familiar with Goop. Prior to its Netflix debut, the company was perhaps best known for selling—and making allegedly illegal health claims about—a jade egg intended to be shoved up womens vaginas. (Although, based on the episode with Dodson, who knows where Paltrow was actually putting it.)

Another item on the mind-blowing lineup of Goop products is a device to spurt hot coffee up your keister. The $135 enema device is called—I kid you not—the Implant ORama. There are also water bottles with giant crystals inside to infuse your beverage with “positive energy,” bags of “magically charged” stones, and “energy healing” body stickers falsely claimed to be made of “NASA space suit material.” Goop also sold $90 vitamins and a $350 rose gold crazy drink straw. It endorsed being repeatedly stung by bees, which can be deadly.

Woman gives birth to her own grandchild

While Big Energy profits, US taxpayers pay for toxic clean up

admin - February 27, 2018
0
Taxpayers could be liable for $6 billion in cleanup costs of toxic hazards left by oil and gas drill..

Here&apos;s how hackers are making your Tesla, GM and Chrysler less...