"Gosh, what a crazy time. How are you all doing?" she asked through the television, surrounded by a gaggle of camera-wielding young adults — her children — acting as her crew. "Things have changed so much, but what has not changed is I still love cooking." A stuck-at-home audience seems to agree, with more people than ever hungry for Food Network. Typically, a television viewer can rely on cable's most delicious channel to be a respite from the messiness of the world. However, this particular mess — the coronavirus pandemic — has been without boundaries. It's overtaken all aspects of life and changed it in ways that make whatever normal once existed seem like a memory more than a moment that will return — the same feeling one might get looking at a frozen piece of wedding cake.As productions began to shutter in the second week of March, the network was quick to realize the need for programming that spoke to the moment, and it's delivered. With a mix of filmed-at-home originals, a healthy stock of programs that had been filmed to completion but not yet aired and a vast library, the network has emerged as the keeper of the perfect recipe for pandemic programming. "What's really interesting and encouraging and gratifying is that different types of people are coming to us for different reasons," Courtney White, president of Food Network, told CNN. "It's been great to feel like our content is more needed than ever out there."

Last month was the network's highest rated in seven years, with increases averaging 20-30% on any given week, according to White. Some parts of its daytime lineup have even increased as much as 70%, she said. Men are watching more, too. White theorizes the rise is, in part, because some of the void left by the absence of organized sports has been filled by watching chefs go toe-to-toe. "What we found is once sports went dark, viewers who are just hungry for competition came to us and they weren't our regular food viewers," she said. "Seeing the battles play out on Food Network scratched an itch there." It's true that the network serves many roles as of late.At times, it's a guide, like when the hosts of "The Kitchen" did an entire episode featuring recipes based on the ingredients they already had in their pantries at home. Or when Amy Schumer and her husband, chef Chris Fischer, recent additions to the Food Network fold, found themselves quarantined without all the ingredients needed to bake their cookies, so they improvised and made a homemade answer to peanut butter cups. At other times, it's repeats of traveling food shows serve as a reminder of what once was and what we long to get back to. Arguably at its best, it calls attention to an industry rocked to its core. On the charitable front, the network and its talent have been bringing awareness to the Restaurant Employee Relief Fund, which has raised over $20 million for those who have been out of work in the food industry. Local restaurants have also been a focal point as dining rooms emptied and profits fell for many.When he isn't cooking nachos with Bill Murray, Guy Fieri has been ordering take-out from restaurants previously featured on "Diners, Drive-Ins and Dives" and consulting with owners via video chat.Trina Gregory-Propst, chef/owner of Se7en Bites bakery in Orlando, Florida, was among those featured in a recent episode. She and wife Va Propst are set to reopen their doors on Thursday after closing completely in mid-March to focus on caring for her mother, who is high risk. For an episode that aired last week, she sent Fieri the ingredients for a funnel cake apple pie that was served with cinnamon ice cream and a chipotle caramel drizzle. It looked as good as it sounds, and Fieri wasn't the only one salivating over it. Gregory-Propst told CNN she's answered close to 500 emails from people asking if they could to get ingredients and goods shipped to them. It's a welcomed running start as she prepares to reopen. "The amount of gratefulness that we have for how this is shifting and changing and shaping our lives at a time when we don't know really what is going to happen week to week, it's overwhelming to say the least," she said, her voice breaking. "I'm sorry. I feel super emotional about it. I'm trying to hold it together, but this is our life." She added: "Our staff is like our family, and I feel like we are part of this whole big Food Network family, as well. They really make you feel like that."

Se7en Bites is just one of many establishments looking to reopen, and this is front of mind for Food Network and, in particular, Chef Robert Irvine, host of "Restaurant: Impossible." For nine weeks, Irvine was holed up at his house in Florida, where he filmed, among other content, a special episode of "Restaurant: Impossible" where he checked in with owners who'd appeared on the show in the past. Though his specialty is bringing restaurants back from the brink, he knows the order is taller than ever as restaurants reopen and hope to recover. A new iteration of his show will help them do so responsibly, with a focus on precautionary measures and protocols, aimed at instilling confidence back in restaurant owners, employees and patrons alike. 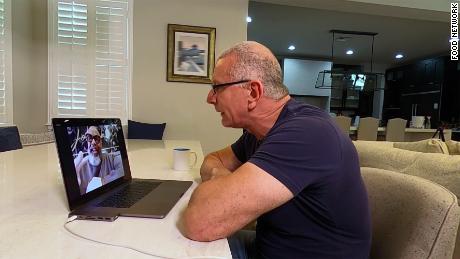 "Food Network, listen, it's a consumer facing network, but think about this: All the chefs and the owners and the managers, they all watch Food Network. So what a great platform to help relaunch America," he told CNN. "How do we open up these restaurants and give the consumer that feeling of being safe?" His wife is among the skeptics about returning to in-person dining. She is, in many ways, his target audience, he said. "We're going to lead that way," he said. "There'll be no other network that does what we do."Irvine said he'll be focusing first on restaurants in areas allowed to open and places where it's "proven that the pandemic has subsidedRead More – Source

Researchers grow a placenta in a petri dish

Little Caesars fired two employees after a couple found a swastika made of pepperoni...

Ticket to Write: Mojave city tells stories of traveling in past,...

Survival of the richest? In US, being confined is a ‘white-collar...

admin - June 8, 2018
0
American actor Alex Wolff has suggested he has "some sort of PTSD" after filming the upcoming horror..