This story is part of the special report In Search of Sovereignty, on Europes effort to support domestic technology.

Europe has a master plan to build a world-class battery industry, almost from scratch: Spend big, and spend now. Theres just one problem: The competition is already streets ahead.

The European Commission, supported by a cluster of countries, has spent more than three years working up a strategy to jumpstart projects across the battery value chain — everything from mining raw materials needed in battery packs and cell production itself to the recycling of used products.

The move — under the umbrella of the European Battery Alliance, a platform for coordination and investment — is pitched as vital to stave off dependence on Asian suppliers and to pull off an industry-defining switch to electric mobility by European automakers as countries pull away from polluting diesel and petrol technology. 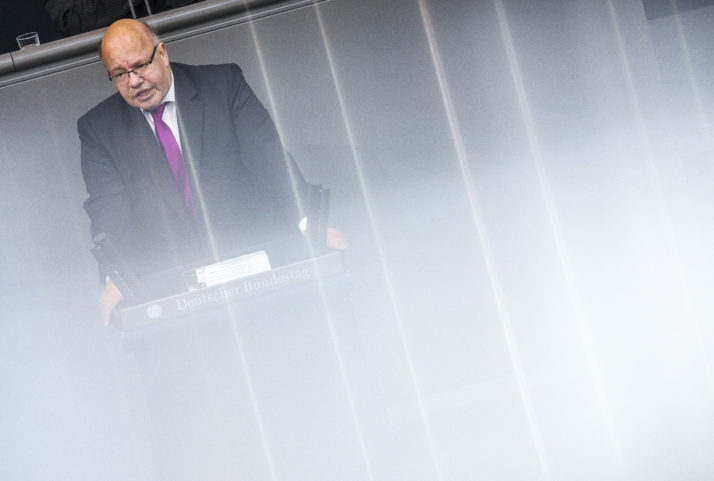 “Our goal is to achieve a world market share of 30 percent,” Germanys Economy Minister Peter Altmaier, one of the architects of the battery push, told POLITICO of the plans to produce battery cells in Europe. Currently, Europe has less than 5 percent global market share.

“We will achieve this goal in stages,” he added. “But I expect tens of thousands of jobs to have been created in Europe by the end of the decade.”

Step one came late last year when seven countries led by France and Germany secured approval from Brussels to splash out €3.2 billion in state aid to build out Europes stake in a battery technology market estimated to be worth an annual €250 billion by 2025.

At present, Chinese companies dominate the market. Along with South Korean and Japanese firms, they make up around 90 percent of global cell production.

The investment splurge in Europe is the most concrete manifestation of the EUs desire to foster technological champions and wean itself off dependency on foreign powerhouses.

The aim is to secure so-called technology sovereignty, or greater independence from foreign vendors on everything from cloud computing to autonomous vehicles. It also coincides with a push from Berlin, Paris and other European capitals, to push back on Chinas growing economic and strategic clout.

“This is too strategic an industry to rely just on China,” said Diego Pavia, head of EIT InnoEnergy, a group that helps coordinate the European Battery Alliance. “What were doing is not just Europe for Europe. Its Europe for the world.”

A second batch of state aid applications — billed as even bigger than the first — is being prepared to further ramp up Europes battery plan.

But money doesnt guarantee a win.

“Asia, to a large extent, has dominated the industry for the last 20 years,” said Andrew McDowell, a vice president at the European Investment Bank (EIB). “The European automotive industry realized they didnt have the technological leadership in this area, and if they didnt do something about that, most of the value that they produced would be built elsewhere.”

McDowell said the EIB expects to set aside at least €1 billion a year in loans for battery projects within the 27-country bloc over the next four years, alongside the injection of public funds from the Commission and national capitals.

But while Europe tries to compete, Asian companies are challenging EU ambitions on its own turf. 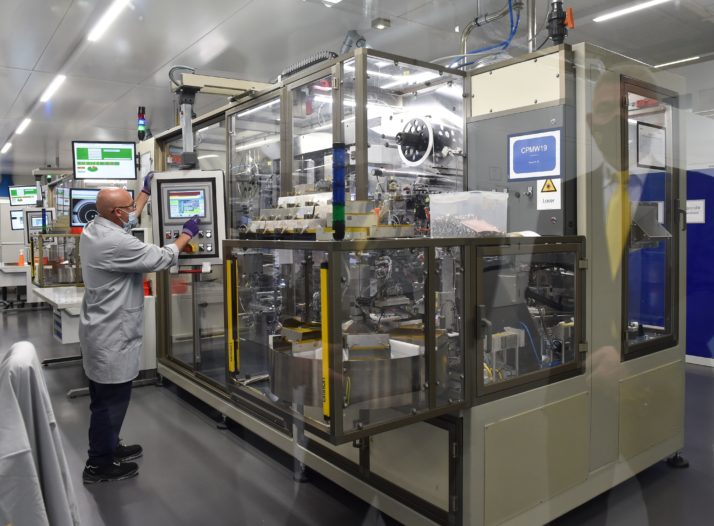 An employee works on the production line of battery button cells in the Varta factory in Noerdlingen, Germany, this month | Christof Stache/AFP VIA GETTY IMAGES

In Arnstadt, for instance, a small town in central Germany, Chinese battery-maker CATL has almost completed its €1.8 billion investment in a plant to supply Volvo and BMW with battery cells, while LG Chem, the South Korean industrial giant, secured almost €500 million from the EIB to expand its Polish plant, creating up to 1,800 jobs at a facility it pitches as a “mecca” for battery production not far from German car plants.

Just outside Berlin, Tesla — an American pioneer of electric cars — is accelerating plans for its own new, so-called gigafactory plant, which it wants to have ready by July 2021.

“The outcome of this globally competitive battle is far from known,” said McDowell.

Europes early flagship cell-production project is being developed by Northvolt, a Swedish company founded by two former Tesla executives. Its in the final stages of securing €1.5 billion of investment, including €350 million from the EIB, to build Europes largest battery factory.

The company has another facility in the works through a joint venture with Volkswagen, although that will satisfy only a fraction of the carmakers demand for batteries — the rest of which will be sourced through deals with LG Chem, Samsung, SKI and CATL.

Volkswagen isnt applying for state aid under the European Battery Alliance to get its projects off the ground, an official told POLITICO.

The success of the EUs strategy will also come down, in part, to a remote industrial site in northern Finland at the beginning of the supply chain. Nestled alongside lines of evergreen trees deep in Northern Finland, Hannu Hautala, the boss of Keliber, wants to open one of Europes only lithium mines — a crucial raw material for batteries that European manufacturers currently import.

It remains to be seen whether his bet will pay off.

The Finn said his project is still in the planning stages, but he expects to start construction by 2022 and begin mining two years later. His company has received several million euros of government support and is a quarter owned by a state-backed company, though the majority of the €30 million in financing has so far come from private investors.

“The dependency on foreign firms that weve seen in other critical industries is not sustainable,” he said, adding that his mine has faced fewer environmental concerns than other mining projects in Europe because it is built on an existing industrial site. “For Europes battery manufacturers, Keliber could offer an alternative.”

Still, the Finnish lithium mine is still years from production, and it must raise almost €400 million in additional funding by 2022. Environmental campaigners have also balked at reigniting the mining industry, including proposed lithium mines in both Spain and Portugal, at a time when Brussels is promoting its Green Deal sustainability agenda.

While these EU projects take years to get off the ground, carmakers are already sealing long-term supply deals with foreign companies and planning for potentially game-changing advances in battery technology.

Germanys Daimler and Volkswagen, for example, have both recently invested in Chinese battery-makers because of the countrys skyrocketing demand for electric vehicles and continued dominance in the global battery market.

Industry analysts also warn that higher production costs in Europe could make local manufacturing more expensive compared with Asian rivals — a price difference that would inevitably be passed on to consumers. Chinese automakers are mulling whether to enter the European market with their own e-cars aimed at competing on price with European companies, said Matthias Schmidt, a Berlin-based analyst who tracks the electric car market.

In Maroš Šefčovič, the Commission has a one-man cheerleading squad for Europes battery industry. The Slovak politician and Commission vice president has spent years corralling countries and industry into following through with a concrete plan.

Šefčovič, whose decade-long tenure at the Commission includes briefs overseeing everything from education to energy, has described the battery push as the “right recipe for our 21st-century industrial policy.” He says he decided on the need to go big on batteries when, in 2017, he noticed that a new generation of electric vehicles popping up in Brussels and elsewhere were coming from abroad.

“I saw that if you were taking the plane, more and more often, you were driven by the electric bus. But the bus was not from Europe, it was from China,” the Commissions vice president told POLITICO. “If you take a taxi, very often, you see its a Chinese vehicle.”

In Šefčovičs mind, Europe will not outmuscle AsiRead More – Source

Moonlight star is trying not to get typecast

The rot has set in for superhero movies

admin - May 7, 2018
0
To paraphrase Zoolander, superheroes are so hot right now. This year Black Panther became the 10th-h..

Games Inbox: Game Pass and the future of gaming, Bloodstained 2...

admin - October 25, 2018
0
EnlargeEric Bangeman Subaru customers are well-known for their love of the brand, ranking at or near..