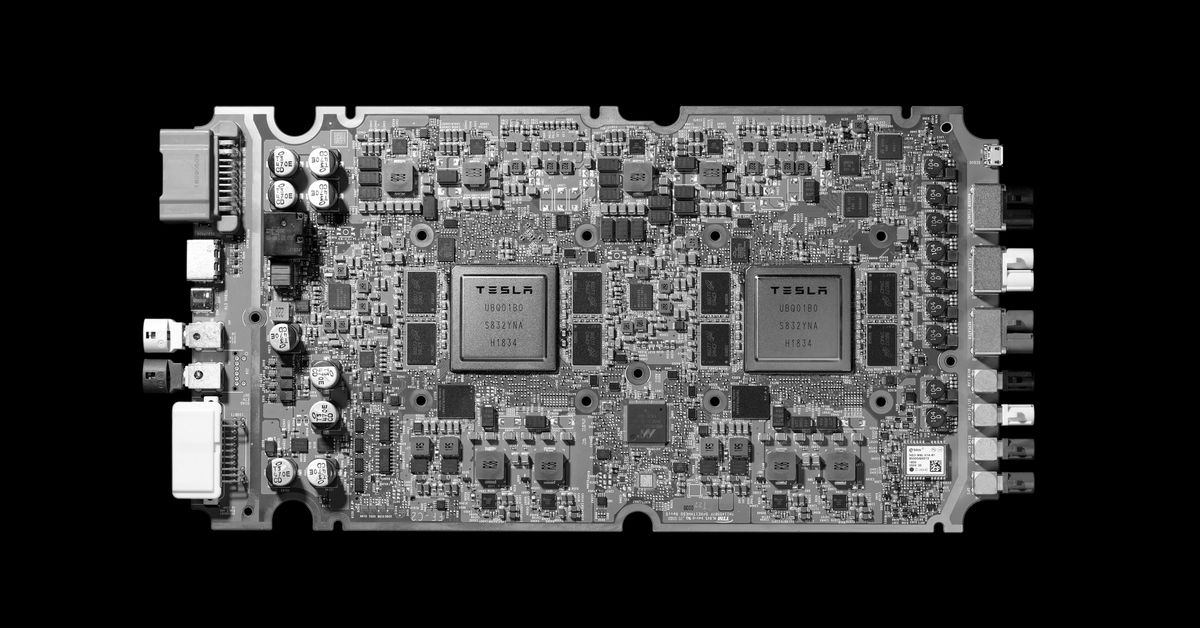 Tesla CEO Elon Musk says the company will “most likely” start retrofitting its new, more powerful processing chip into older vehicles near the end of the year. The new FSD chip is the first to have been designed in-house. Tesla says it offers 21 times the performance of the Nvidia chips it replaces — a claim Nvidia disputes. The new chip has been shipping in Model S, X, and 3 cars since before its announcement, but soon it will be offered as a free upgrade to half a million Tesla owners.

Elon Musk has made big promises about the new chip, which he claims has enough power to eventually allow for fully self-driving cars, if and when the software catches up. The upgraded FSD computer includes two of these new chips for redundancy. Despite being a lot more powerful, the company says the new chip costs 20 percent less than its previous “HW2+” Nvidia hardware, and only draws a bit more power.

End of Q4, most likely

The FSD chip upgrade will be offered for free to any Tesla owners who have paid for the companys “Full Self-Driving” add-on package, which costs $6,000. Thats about 500,000 cars, according to Musks estimate. The option currently gives you access to Teslas Navigate on Autopilot feature, which is capable of guiding you from “on-ramp to off-ramp” on highways, meaning it can suggest lane-changes, navigate highway interchanges, and can proactively take exits. Without it, cars are limited to regular autopilot, which offers automatic steering on highways and adaptive cruise control.

India’s PC manufacturing capacity under-utilised up to 80% as per industry:...

admin - July 8, 2019
0
Snowball the Dancing Cockatoo shows off 14 different dance moves to the beat of "Girls Just Want to ..