NORRISTOWN, PA – APRIL 12: Bill Cosby walks towards the courtroom after a break in the Montgomery County Courthouse on the fourth day of his sexual assault retrial on April 12, 2018 in Norristown, Pennsylvania. A former Temple University employee alleges that the entertainer drugged and molested her in 2004 at his home in suburban Philadelphia. More than 40 women have accused the 80 year old entertainer of sexual assault. (Photo by Mark Makela/Getty Images)

The defense team in Bill Cosbys sexual assault retrial rested its case on Monday as the comedian once again didnt take the stand in his own defense.

In the Montgomery County Courthouse in Pennsylvania, Judge Steven O Neill asked the 80-year-old comedian if it was accurate that the would not be testifying, according to Deadline.

“That is correct, your honor,” Cosby told the jury. 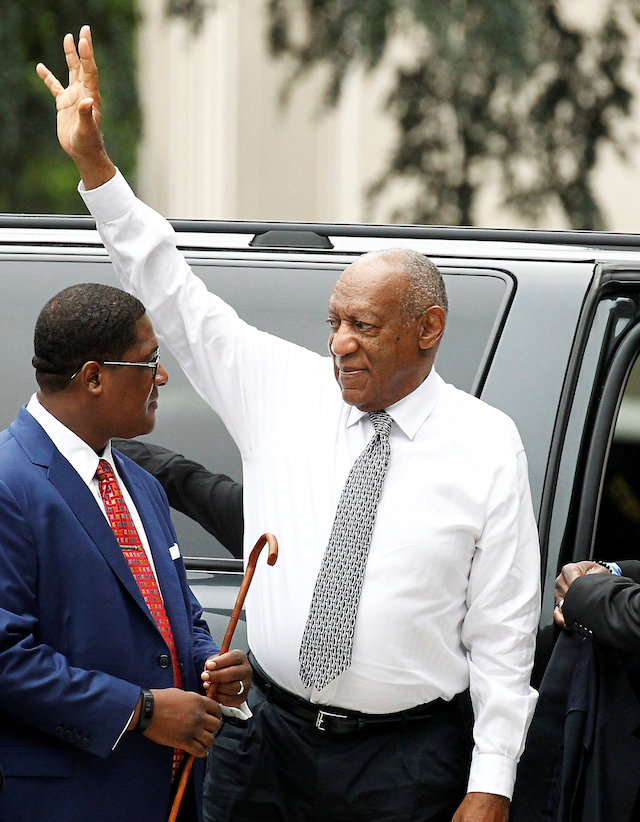 Cosby also didnt testify in the first trial last year that ended in a mistrial.

The actor is accused of drugging and sexually assaulting a former Temple University employee at his home in Philadelphia in 2004.

The defense spent last week calling witnesses who would contradict Constands claim. Their star witness, Marguerite Jackson, testified that she had a conversation with the main accuser that included her making a false accusation of sexual assault against a celebrity in order to “get that money” from a lawsuit.

Jackson was not allowed to testify in the first trial.

Defense attorney Tom Mesereau also pointed out possible contradictions in the prosecutions timeline of events, with a witness laying out Cosbys itinerary in January 2004 showing him away from his Philadelphia residence in places like Florida, Arizona, Kentucky and Michigan for much of the month. For each gig, he left from his home in New York and returned to the New York residence.

Constand originally told police the alleged assault happened in March 2004, but later testified that it took place in January of that year.

A man wore what appeared to be a KKK white hood on a trip...

Digging At Trump? Macron Says Patriotism Is The Exact Opposite Of Nationalism

Monster Hunter: World gets Iceborn expansion and The Witcher tie-in