Europes “tax lady” is in trouble.

The EU General Court on Wednesday overturned the landmark 2016 decision by EU competition czar Margrethe Vestager that Ireland should claw back €13 billion in unpaid taxes plus interest from Apple.

The Apple decision was the keystone — partly because of the eye-watering sums involved — of an EU campaign to crack down on tax avoidance and stop countries from offering sweetheart deals to multinationals.

Vestagers defeat in the appeal of the case by Ireland and Apple comes at a delicate time politically. The failure of her team to win a case that was seen as a big European strategic priority could put her on the back foot in the face of increasing criticism of EU competition enforcement from Paris and Berlin.

Both the French and Germans are ramping up pressure on her to push the competition rule book in a more geopolitical direction, hoping to forge EU champions in the face of U.S. and Chinese rivals, but the Apple case is fast turning into a textbook study of how hard it is to marry strategic ambitions with highly technical legal investigations.

The run of defeats on state aid is compounded by other problems for Vestager.

Vestagers decision in 2016 argued that, by not taxing the bulk of Apples global profits that were funneled through Ireland, Dublin was effectively granting an illegal subsidy to the iPhone maker. That subsidy could then be tackled by using the EUs rules on state aid.

The judges on Wednesday did not challenge the use of the state aid tool but argued that Brussels had not sufficiently proved its case. “The Commission did not succeed in showing to the requisite legal standard that [Apple was granted an illegal advantage],” the court said in a statement.

The General Court added, “The Commission was wrong to declare that [two Apple subsidiaries in Ireland] had been granted a selective economic advantage and, by extension, state aid.” Establishing “selective advantage” is a key part of any state aid case, and it was necessary to show that Apple received a tax perk that would have been unavailable to other companies.

Competition policy is supposed to be one of the EUs strongest weapons to drive through overarching political priorities, and it is a growing worry for the Commission that the Apple decision forms part of a broader chain of losses, in which the EU court is increasingly rejecting Brussels state aid decisions over failings in the legal argumentation. The court accepts that it is legitimate to use state aid law to pursue tax cases, but notes failings in the Commissions execution.

“The Apple judgment is part of a wider trend in EU judicial review that is particularly visible in recent state aid cases,” said Alfonso Lamadrid, a competition lawyer at the firm Garrigues. “The courts are inclined to endorse the Commissions approach on points of principle, but they are demanding that the Commission does a more thorough job in its assessment of all the relevant circumstances when it bears the burden of proof.”

The run of defeats on state aid is compounded by other problems for Vestager over the legacy of her battles with Google over abuse of dominance — and whether her remedies are really containing the search giant — and over whether her tough approach to telecoms mergers was justified. Most recently, the General Court also annulled her high-profile decision to block a major telecoms merger in the U.K.

All three lines of reasoning that the Commission used in the Apple case were annulled.

The court did endorse the Commissions methodology of applying OECD tax principles to the situation in Ireland, but rejected its conclusions. It regretted “the incomplete and occasionally inconsistent nature of the contested tax rulings [granted by Ireland to Apple]” but added that those defects were “not in themselves sufficient to prove the existence of an advantage,” according to the statement.

“The judgment strikes at the heart of the Commissions reasoning regarding the allocation of income generated by intellectual property,” said François-Charles Laprévote, a state aid lawyer at the firm Cleary Gottlieb.

Apple said it was “pleased” by the result.

“This case was not about how much tax we pay, but where we are required to pay it,” a spokesperson said, adding that Apple paid more than $100 billion in corporate income taxes around the world in the last decade.

“Changes in how a multinational companys income tax payments are split between different countries require a global solution, and Apple encourages this work to continue,” the spokesperson said.

The Irish department of finance also welcomed the judgment: “Ireland has always been clear that there was no special treatment provided to the two Apple companies. The correct amount of Irish tax was charged.”

Vestager said in a statement that the Commission would “carefully study the judgment and reflect on possible next steps.”

The Commission can still appeal the case on legal questions with the European Court of Justice, the top EU court, in which case the €14.3 billion would remain blocked on an escrow account pending the final judgment.

Several lawyers questioned whether the Commission would appeal the case.

“In the light of the limited nature of the Irish activities as established by the Court, it will be difficult for the Commission to find grounds of appeal with the ECJ,” said Raymond Luja, a tax law professor at Maastricht University.

Lamadrid said the Commissions chances of appeal were “slim.” 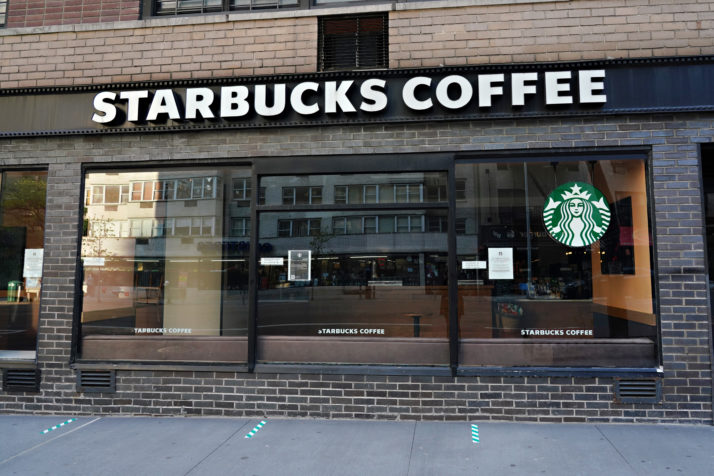 Annabelle Lepièce, a partner at law firm CMS, noted that the Commission had not appealed a very similar annulment on Starbucks tax treatment in the Netherlands. But the amount in that case (€20 million-€30 million) was much lower.

The Commission would have better chances if it re-ran the Apple case, two lawyers said.

‘It’s complicated’: Relations in the spotlight as US mulls pulling thousands of troops from...

O2 customers find the funny side of data outage

Tekashi69s fellow inmates are annoyed about him receiving special treatment

admin - September 2, 2019
0
French President Emmanuel Macron likes to take risks — and his choice of European commissioner is no..

Tesla wants to reinvent the pickup with the $39,900 Cybertruck

admin - November 22, 2019
0
Tesla sent over some better images of the Cybertruck, and I updated the delivery information below. ..