Luckily, we're here to help you make sense of them all. And there's a lot of them.

When Karen (Cara Buono) and the Real Housewives of Hawkins prepare for their daily ogling of shirtless lifeguard Billy (Dacre Montgomery), The Cars' deep-cut track "Moving In Stereo" (never released as a single, but eventually recipient of regular radio airplay) cues up, instantly evoking the song's use in a scene in the era-defining, mall-centric '80s teen dramedy "Fast Times at Ridgemont High" (1982), where a bikini-clad Phoebe Cates becomes the object of a similarly sexy slo-mo fantasy scene. Cates (also a star of the "Stranger Things"-esque "Gremlins") is also later namechecked in the season — Dustin declares his mystery girlfriend Suzie is hotter than the actress — and a cardboard standee of the actress in her famed "Fast Times" red bikini can be spotted in the Family Video Store.

When Mike, Lucas, Max and Will sneak into the Starcourt multiple, the kids are watching filmmaker George A. Romero's "Day of the Dead," the third in his series of genre-defining zombie movies. Released in summer of 1985, the film neatly set the thematic stage for Season 3, which builds on established vibes mashing up Steven Spielberg, Stephen King and John Carpenter but adding in a dash of Romero's influence. There's a direct line between the inventive, viscerally shocking and frequently gross FX Romero and other filmmakers added to the cinematic style of the '80s horror genre and the exploding mall rats-turned-writhing protoplasm of "Stranger Things." That several Hawkins residents also fall into the zombie-like thrall of the Mind Flayer puts a bow on top of the Romero link. 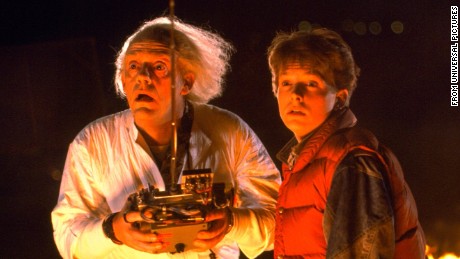 "Back to the Future" was the king of the summer box office of 1985, spending 11 straight weeks as Hollywood's top moneymaker and emerging as the biggest hit of the year — and the subsequent three-plus decades as one of the most revered films of all time. The film remains the gold standard of sci-fi/retro/teen comedy, and as such its influence on the laugh-leaning season 3 is deeply felt, overtly (the scene revealing the DeLorean's 88 mph time-traveling capabilities plays on the multiplex screen), in tips of the hat (Dustin's inventions, like his automated hammer, evoke Doc Brown's Rube Goldberg-esque creations) and even more subtle nods (fans of composer Alan Silvestri will zero in on orchestral sequences that evoke his signature "BTTF" score later in the season).More movie references abound: along with "BTTF" the Starcourt multiplex marquee advertises a distinctly "Stranger Things"-adjacent roster of 1985 films: "The Stuff," cult filmmaker Larry Cohen's satirical horror film sending up consumerism; "D.A.R.Y.L.," featuring a sophisticated A.I., in the form of a child, on the run from its government makers; and "Fletch," the Chevy Chase comedy about a snarky undercover journalist that could serve as a funhouse mirror reflection of Murray Bauman. Even Carpenter's 1982 film "The Thing," with its Mind Flayer-evoking protoplasmic biology and tendrils, gets referenced both in movie poster form and in Lucas' eloquent analogy comparing the movie and its 1951 precursor "The Thing From Another World" to Classic and New Coke: they have distinctly different flavors, but you can enjoy them both. 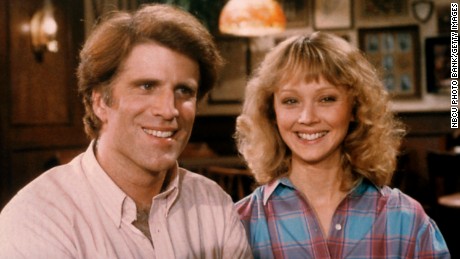 When Joyce flashes back to a sweet shared moment on the sofa watching sitcoms with the late, lamented Bob, they're chuckling together at "Cheers" and the ongoing will-they-won't-they dynamic of Sam Malone and Diane Chambers. Combative romantic banter between star-crossed lovers was all the rage in the '80s (see "Moonlighting"), and season 3 uses the clip to foreshadow a major theme, setting up expectations — and unexpected twists — between several of the series' simmering pairings, including Mike and Eleven, Joyce and Hopper and Steve and Robin.

‘Sensitivity readers’, a new must in the US publishing world?

Liam Hemsworth breathes through a respirator as he visits burned down...