Judge Sara Smolenski, the chief judge of Michigan's 63rd District Court, received a call from the priest at St. Stephen Catholic Church in Grand Rapids, Michigan, requesting she not attend communion. "This is not about me against the priest, and it's not really me against the church," Smolenski told CNN. "This feels like selective discrimination. Why choose gay people, and why now?" Smolenski, 62, said that the Rev. Scott Nolan, the priest at St. Stephen for approximately three years, called her on November 23 and told her, "'It was good to see you in church on Sunday. Because you and Linda are married in the state of Michigan, I'd like you to respect the church and not come to communion.'"Smolenski was baptized at St. Stephen. She and her nine siblings attended the church's school from first through eighth grade. Her parents were married in the church in the 1940s. 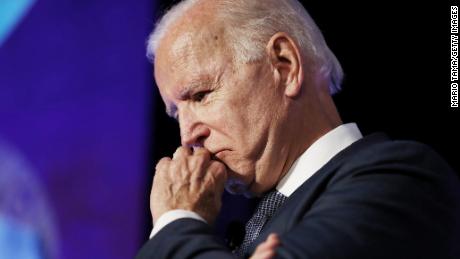 Communion is a significant and sacred act in Catholicism. Through this sacrament, Catholics unite with Christ and symbolically form a single body, according to Catechism of the Catholic Church on the Vatican's website. To be denied communion is essentially to be denied one's right to the holiness of Catholicism. Former Vice President Joe Biden was denied communion at a church in South Carolina last month, as were other politicians, typically for their positions on divisive issues. Denying communion is done on a case-by-case basis. Other parishes are more accepting of gay people and would not hold back this sacrament, Smolenski said. She had already been distancing herself from the church in recent times after tensions rose when the priest denied communion to a same-sex couple during Mass earlier this year. "He publicly shunned the couple," Smolenski recalled.It prompted her to branch out to another church for a while. But St. Stephen was Smolenski's lifelong parish. She returned, and even received communion by Nolan on November 17. Six days later, she received the phone call from Nolan. "It definitely felt like a slam dunk," Smolenski said.

Smolenski married her partner of over 30 years, Linda Burpee, in March 2016 following the Supreme Court's marriage equality law. The marriage was publicized, not by choice, but because Smolenski is an elected official, she said. Smolenski was elected to the bench in 1990 and appointed chief judge in 1996.She and Linda have given financially to the church, including $7,000 in June 2017 for the renovation of St. Stephen.Nolan told CNN affiliate WOOD that Catholic teaching gives him no choice in the matter of giving Holy Communion. He told the station that he does not want any of his conversations about receiving communion to be public, but that denial happens with some degree of regularity."Some of that criteria are just around what's happening in that person's life and what do they believe and what are they doing and what are they not doing," Nolan said.He acknowledged that denial of Holy Communion is painful for those denied."To me, this is also a cause of great sadness in my own life as a priest," Nolan said.The Diocese of Grand Rapids issued a statement on behalf of its bishop supporting Nolan's decision. The statement addressed Smolenski's service and generosity to the communitRead More – Source

Face masks for the deaf: Covid 19’s communication challenge for the hearing impaired

Black Mirror fans try to get heads around interactive episode

Actress’s anger at being ‘fat-shamed’ by reviewer

admin - June 16, 2018
0
The star of TV's Derry Girls has criticised at a theatre reviewer for calling her "an overweigh..

Fortnite downtime: When will Fortnite servers be down? How long are...

admin - September 26, 2018
0
The Departments of Education and Justice opened an investigation into Yale University on Wednesday, ..