Democrat, self-identified feminist and academic Camille Paglia had harsh words for the Democratic party and their hopes to unseat President Donald Trump in the 2020 election.

In a interview with The Spectator published Tuesday, Paglia predicted that the president will get re-elected due to the Democrats having no message other than hatred for Trump.

When asked if Hillary Clinton should run again, Paglia said, “If the economy continues strong, Trump will be re-elected. The Democrats (my party) have been in chaos since the 2016 election and have no coherent message except Trump hatred. Despite the vast pack of potential candidates, no one yet seems to have the edge.”

Paglia went on to harshly critique the deep Democrat bench of 2020 hopefuls. She went as far as to say Hillary Clinton “wants Trump to win again.”

Here is what she had to say about the potential future frontrunners:

“She missed a huge opportunity to play a moderating, statesmanlike role and has already imprinted an image of herself as a ruthless inquisitor that will make it hard for her to pull voters across party lines.”

“Screechy Elizabeth Warren has never had a snowballs chance in hell to appeal beyond upper-middle-class professionals of her glossy stripe.”

“Kirsten Gillibrand is a wobbly mediocrity.” 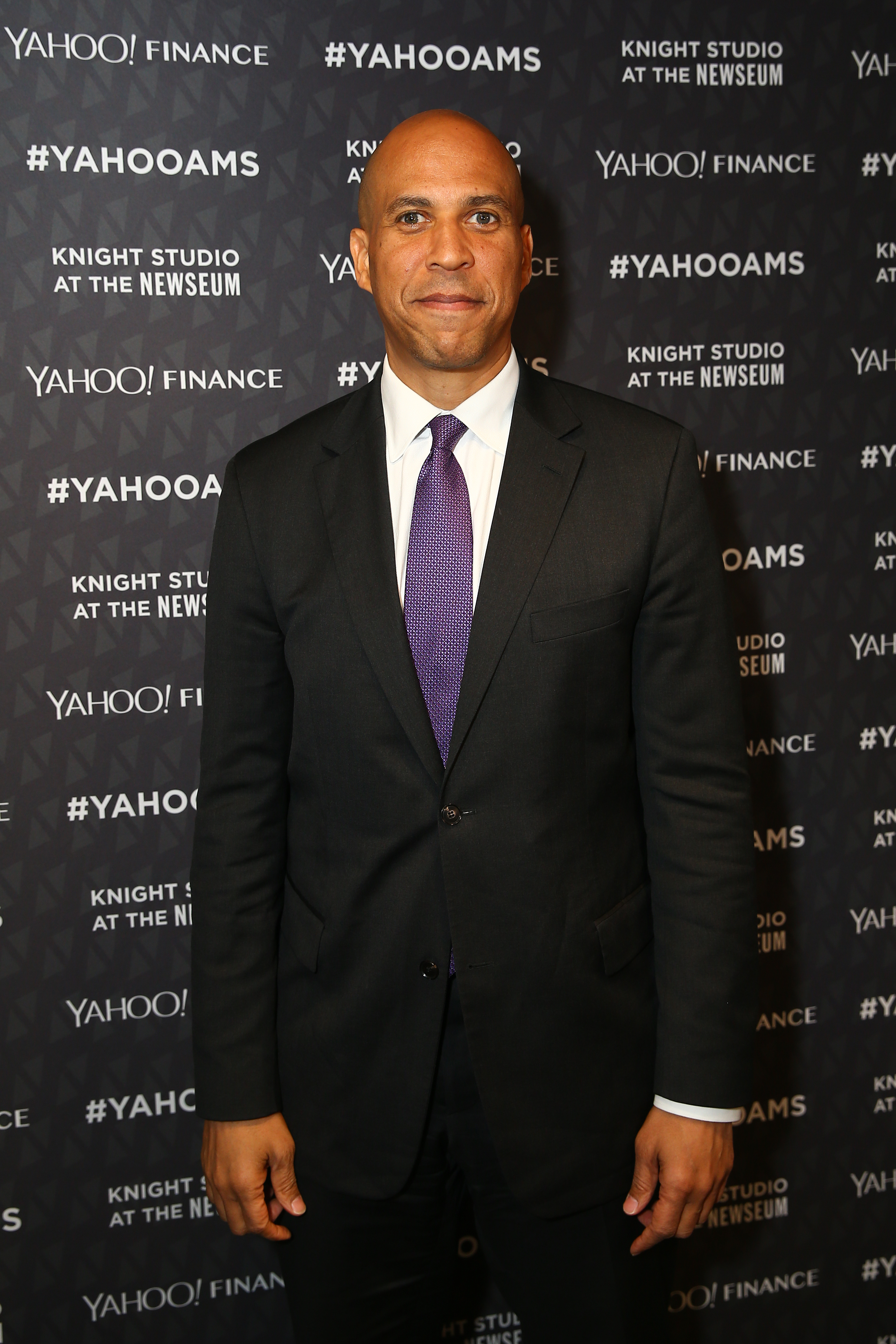 Sen. Corey Booker (D-NJ) at the Yahoo Finance All Markets Summit: Americas Financial Future At The Newseum In Washington D.C. on November 13, 2018 in Washington, DC. (Photo by Tasos Katopodis/Getty Images for Yahoo Finance)

“Cory Booker has all the gravitas of a cork.”

“Andrew Cuomo is a yapping puppy with a long, muddy bullyboy tail.”

“Both Bernie Sanders (for whom I voted in the 2016 primaries) and Joe Biden (who would have won the election had Obama not cut him off at the knees) are way too old and creaky.”

As for Hillary, shes pretty much damaged goods, but her perpetual, sniping, pity-me tour shows no signs of abating. She still has a rabidly loyal following, but its hard to imagine her winning the nomination again, with her iron grip on the Democratic National Committee now gone. Still, its in her best interest to keep the speculation fires burning. Given how thoroughly she has already sabotaged the rising candidates by hogging the media spotlight, I suspect she wants Trump to win again. I dont see our stumbling, hacking, shop-worn Evita yielding the spotlight willingly to any younger gal.

When asked if President Trump “governed erratically,” Paglia, the Democrat, said it was just his style.

“Its partly because as a non-politician he arrived in Washington without the battalion of allies, advisors, and party flacks that a senator or governor would normally accumulate on the long road to the White House. Trumps administration is basically a one-man operation, with him relying on gut instinct and sometimes madcap improvisation,” Paglia said in the Spectator interview.

She concluded saying that the media has helped Trump by waging a “nonstop assault” on him.

“Most Democrats have wildly underestimated Trump from the get-go,” Paglia said, “I was certainly surprised at how easily he mowed down 17 other candidates in the GOP primaries. He represents widespread popular dissatisfaction with politics as usual. Both major US parties are in turmoil and metamorphosis, as their various factions war and realign. The mainstream medias nonstop assault on Trump has certainly backfired by cementing his outsider status.” (RELATED: Heres A Look Back At George H.W. Bushs Life In Pictures)

Search underway after US warplanes crash off Japan

State employee claims Delaware discriminates against her over hijab

Kanye Wests Tweet About Following Rules Is About As Woke As...