Authentic, an 8-1 favorite to win the Derby, was trained by Bob Baffert, who trained American Pharoah and Justify, the last two thoroughbreds to win the Triple Crown of horse racing.In June, Tiz the Law won the Belmont Stakes, the first leg of the Triple Crown. But on Saturday he could not catch up to Authentic down the stretch.Baffert praised jockey John Velazquez in a post-race interview. 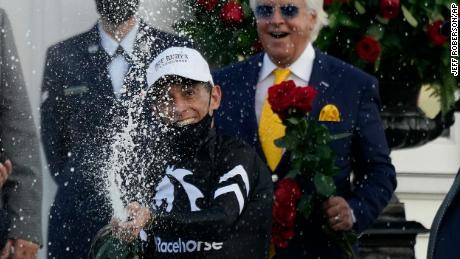 Activists demanding justice for Breonna Taylor protested on Kentucky Derby Day"He rode the most incredible race, but he had the horse to do it with," Baffert said.Authentic becomes the sixth horse trained by Baffert to win the Kentucky Derby. With the win, Baffert ties Ben Jones for most Kentucky Derby wins by a trainer. Baffert's 16 career Triple Crown wins is the most of any trainer.The final race in the Triple Crown, the Preakness Stakes, is slated for October 3 at Pimlico Race Course in Baltimore, Maryland.Traditionally, the Kentucky Derby has been held on the first Saturday oRead More – Source

A man pretending to be a police officer was arrested after he pulled over...

admin - December 25, 2018
0
A Belgian Playboy model was reportedly arrested Sunday in Rome for allegedly dragging a cross in fro..