US District Judge Philip S. Gutierrez dismissed Judd's sexual harassment case against the movie mogul, stating in the ruling obtained by CNN that Judd's legal team had "not adequately alleged that her relationship with Defendant was covered by the statute."But Gutierrez ruled that Judd could move forward with her defamation case against Weinstein, in which she claims he derailed her career after she denied his alleged sexual advances in the 1990s. Gutierrez's ruling said Judd's claims for defamation, intentional interference with prospective economic advantage and violation of California's unfair competition law could proceed. But he said she did not make the case for sexual harassment under the civil code that was in effect when her suit was filed, noting, "The Court makes clear that it is not determining whether Plaintiff was sexually harassed in the colloquial sense of the term. The only question presented by the current motion is whether the harassment that Plaintiff allegedly suffered falls within the scope of the California statute that she has sued under."That code was amended in September 2018 to include relationships between directors and producers, but Gutierrez's ruling concluded that the change could not be applied retroactively. Weinstein's attorney in this case, Phyllis Kupferstein said in a statement to CNN, "We have said from the beginning that this claim was unjustified, and we are pleased that the court saw it as we did. We believe that we will ultimately prevail on her remaining claims."Judd's attorney Theodore Boutrous appeared to be optimistic about the judge's decision. "Nothing about today's ruling changes that Ms. Judd's case is moving forward on multiple claims," he said, adding, "While we respectfully disagree with the Court's decision as to the one claim it ruled on today, we look forward to pursuing the three claims for relief that the Court has already ruled can move forward." 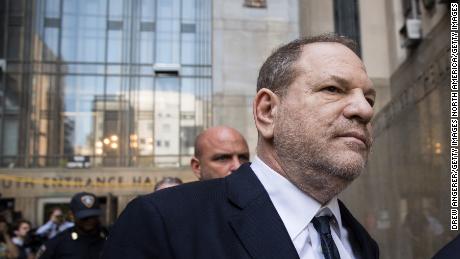 Judd's suit was filed in April. In it she claimed that she lost out on multiple film roles because of Weinstein, including one in "The Lord of the Rings" franchise. She says Weinstein told director Peter Jackson and his producing partner, Fran Walsh, not to work with Judd on the films, a move that not only "torpedoed" her opportunity to star in the Academy Award-winning franchise, but also cost her additional work. Weinstein has denied those allegations.Judd filed her lawsuit after Jackson said in a December 2017 article to New Zealand news website Stuff that Weinstein had made those claims to him about Judd. Judd appeared in "Frida," which was distributed by Weinstein's company Miramax in 2002, and starred in "Crossing Over," which was distributed by The Weinstein Company in 2009.Judd was among the first women in Hollywood to accuse Weinstein of sexual misconduct in a series of reports published by The New York Times and The New Yorker last October. Since then, more than 80 women have accused Weinstein of varying degrees of misconduct, including harassment and rape. He has denied all allegations of "nonconsensual sexual activity."Weinstein is awaiting a pretrial hearing in March in a New York criminal case. He faces five felony charges: two counts of predatory sexual assault, one count of criminal sexual act in the first degree and one count each of first-degree rape and third-degree rape. Weinstein has pleaded not guilty.

CNN's Rob Frehse and Elizabeth Joseph contributed to this report.

See who won at the CMA Awards

A Black man tried to cash his first paycheck. The teller called 911.

The story of cheaper batteries, from smartphones to Teslas

How to get a free dance emote for Fortnite

admin - October 10, 2018
0
(Epic Games) Fortnite dance moves have taken over pop culture and become a big part of the game for..

What one group of refugee girls is thankful for