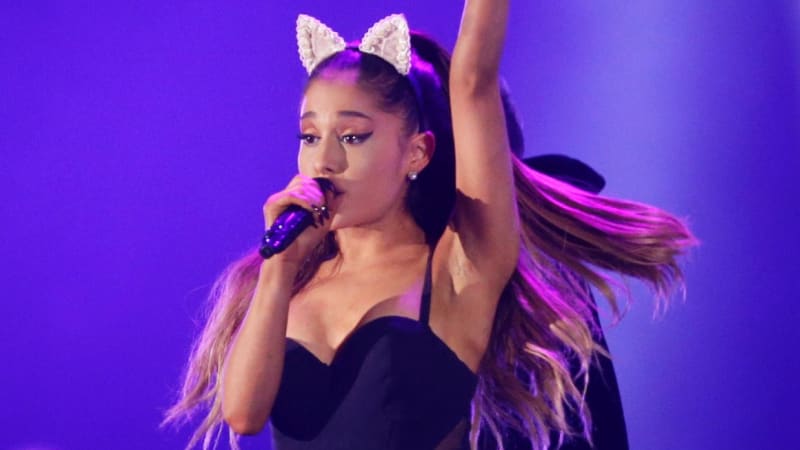 Pop singer Ariana Grande says she has been struggling with some symptoms of post-traumatic stress disorder following last year's suicide bomb attack at the end of her concert at Manchester Arena.

The 24-year-old pop star told British Vogue she does not like to talk about her experiences because so many people suffered much worse fates in the May 22, 2017 attack that claimed 22 lives and injured 59.

"I know those families and my fans, and everyone there experienced a tremendous amount of it as well," she said.

Grande had just finished her concert in 2017 when a suicide bomb detonated.

In the wake of the bombing, Grande flew back to the United States and cancelled several European shows but she was widely praised for later returning to Manchester to headline a benefit concert for victims and their families.

She has reached out to victims since the attack and has had an emblem of Manchester – an image of a worker bee – tattooed behind her left ear.

Grande told Vogue that she suffered acute anxiety after completing her 2017 tour, but went straight into the studio to record her new album.

"Everybody thought I was crazy when I got home and wanted to hit the ground running," she said. My anxiety has anxiety… Ive always had anxiety. Ive never really spoken about it because I thought everyone had it, but when I got home from tour it was the most severe I think its ever been."

On Wednesday, Grande posted an emotional tribute on Twitter to mark one year since the bombing.

"Thinking of you all today and every day," she wrote. "I love you with all of me and am sending you all of the light and warmth I have to offer on this challenging day."

She later wrote: "Wish I were there with you all today. You have no idea. Love you so very much."

A Republican student group at Arizona State University is raising money for the legal...

admin - April 8, 2019
0
Donald Trump told a meeting of US Jews that Benjamin Netanyahu is "your prime minister", as he appea..

Snow time: Tips to make the most of your skiing dollars