Trump couldn't have done it alone. His supporters on the right, along with the conservative "Never Trump" crowd, which never disowned Bolton's politics, get an assist here too. Same for the liberals who, in Trump opponents, reflexively see friends. Bush-era officials and commentators are increasingly cycling back into places of influence and power, in and outside government, sometimes as a top Trump White House officials and, in other cases, heroes in the "resistance."The costs of the Iraq War are, by now, fairly well known, if not wholly understood. Hundreds of thousands of Iraqis (some estimates put the number past a million), along with thousands of American service members were killed in the conflict. More will die as it rolls on into the second half of its second decade, with spin-offs like the deadly fight to bring down ISIS.Bolton, who takes over his new job next month, pushed for the initial invasion during his time, post-9/11, as President George W. Bush's under secretary of state for arms control and international security. After leaving the administration, he advocated for expanding the war into Iran and, in a 2015 interview, maintained that the 2011 decision to withdraw troops, made by President Barack Obama, was more damaging than the choice to send them there in the first place. Trump's choice to run the CIA, Gina Haspel, a longtime operative who ran a "black site" prison in Thailand in 2002 and later played a role in destroying taped evidence of agency interrogations, has also rattled cages in certain corners of Capitol Hill. Unlike Bolton, Haspel will face confirmation hearings — giving senators a unique opportunity to pursue the truth in public. What makes the current set of circumstances a little odd, if not shocking given his frequently bellicose pronouncements, is Trump's role in their revival. 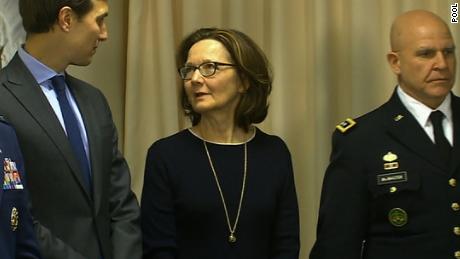 Had Jeb Bush been elected president in 2016 and made similar hires, there would have been criticism, for sure, but little surprise. Bush and his doomed campaign, during its short run, vigorously maintained the Republican Party line of the previous decade — that his brother had "kept us safe." He wasn't alone. It was always a weird claim to make, effectively setting aside the 9/11 attacks or implying that the clocks had been rewound to begin again the next day. In any event, the slain US troops never seemed to factor in, nor the tens of thousands of wounded.Trump, during the primary, hammered Bush over that characterization. On a debate stage in February 2016, the future president called the war "a big, fat mistake" and said the US invasion "destabilized the Middle East." Trump also went where no GOP candidate, and most Democrats, dared not tread by challenging Bush administration apologists' argument that officials had not purposefully misled Americans but been led astray by "faulty" or bad intelligence."You call it whatever you want," Trump said, "I want to tell you: They lied. They said there were weapons of mass destruction, there were none. And they knew there were none. There were no weapons of mass destruction."For all his conservative apostasies, Trump's attacks on the Bush family and the former president's security legacy were the one that Republican audiences, at least those who made it into the debates, were least likely to suffer. Trump was booed that night in South Carolina. But he didn't back off the argument, if only because it caused Jeb Bush, twisting and groaning all the way through, such clear discomfort. For some Republican voters, it was a catharsis. Others, like The Atlantic's David Frum, once a speechwriter for George W. Bush and promoter of the war, described the scene — a rare public litigation of the Bush presidency — as being like a drunken Thanksgiving, when "the family members begin shouting what they really think of each other.""Everything that was suppressed has been exposed, everything that went unsaid is being shouted aloud — and all before a jeering live audience, as angry itself as any of the angry men on the platform," he wrote. Frum, like other Trump holdouts, excels at criticizing the President's table manners but tends to pull up short, for obvious reasons, when it comes to examining the roots of the politics that led to his rise and election.But Bolton's return to prominence is not the sole province of Trump, his allies, and ideologically crosswise Republicans. When Barack Obama won the presidency in 2008, he made the decision not to insist on a reckoning over Iraq. The war was still going on, of course, and he was on the record for years voicing his opposition. An undertaking like that would've required expending untold political capital — all he had and likely more.Bolton, of course, never questioned himself. He defended the war in Iraq and took every opportunity to make the case for opening new fronts, in countries like Iran and North Korea, always assuming in his plans would unfold precisely as he spelled them out.His elevation now, trading in a green room for the White House situation room, is an old kind of story. Consequences are conditional. This is a truism that transcends politics. For those perceived as talented, for the well-connected, there is always another angle — or another job, someone willing to hire.If you're John Bolton, a slick talker and ardent ideologue who never concedes errors, the route back to prominence — and power he could've only dreamed of 15 years ago — is being traveled on the Trump Train. He isn't riding alone.

Report: DHS To Investigate Migrant Facilities In Mexico In Addition To Those In US

Judgment Review – The Jury’s Still Out

Challenge yourself to hit #fitnessgoals