Skylar Herbert died Sunday at Beaumont Royal Oak Hospital after being on a ventilator for two weeks, CNN affiliate WXYZ reported. She tested positive for coronavirus last month and developed a rare form of meningitis and swelling on the brain, according to WXYZ."The loss of a child, at any time, under any circumstances, is a tragedy," Beaumont Hospital said in a statement obtained by WXYZ. "We are heartbroken that COVID-19 has taken the life of a child. We extend our deepest sympathy to Skylar's family and all others who have lost a loved one to this virus."Skylar's mother has been a Detroit Police officer for 25 years and her father has worked as a firefighter with the Detroit Fire Department for 18 years, Michigan Gov. Gretchen Whitmer said during a Monday news conference."They've been on the frontline and they've served with honor and integrity and they did not deserve to lose their child to this virus," Whitmer said. "Nobody does."Detroit has been hit hard by the virus, with at least 7,736 people testing positive and 641 deaths, according to the Michigan Health Department website.Those who have died have ranged in age from 5 to 107 years old, according to the website.Last week, Mayor Mike Duggan told CNN's Poppy Harlow that the city is working to expand testing among its fire and police departments after at least 600 officers had to be quarantined due to possible exposure to the virus. 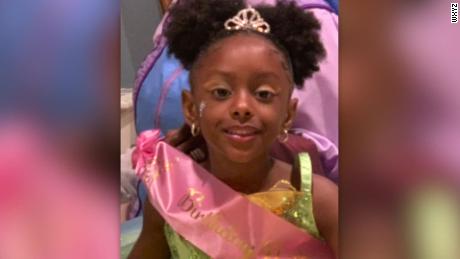 Skylar's mother LaVondria Herbert told WXYZ that her daughter was beautiful, happy and full of life before falling ill."She was a beaRead More – Source

Dwayne Johnson reveals how he kept his wedding a secret as he shares adorable...

Bolivian protestors whip out dynamite as tens of thousands clamour for...

Louisiana churches relieved after arrest of suspect in fires. ‘Now we...

admin - April 13, 2019
0
The pastor led the Greater Union Baptist Church in Opelousas before it was burned to the ground on A..