Possibly that farce is more interesting than static fear, and that we live in a world of least bad options.Brexit, as ever, is at an impasse. Rewind to Wednesday evening and that seems an absurd thing to say. British Prime Minister Theresa May had reached an agreement with the European Union on its withdrawal from the bloc and her Cabinet, after hours of tense discussion, had given her the nod to finalize that deal and take it to Parliament. Brexit, it seemed, was in its final stretch.Then Thursday happened. At 8:50 a.m., May's Brexit Secretary Dominic Raab quit the Cabinet in protest over her deal, triggering the resignation of several other government ministers. The Prime Minister looked weaker by the minute. May then had to face a grueling three-hour session in the House of Commons, where MP after MP from all sides of the political divide said they couldn't support her Brexit plan. It was more than an hour before a single MP voiced support for her.Hot on the heels of this indignity, rumors began to swirl that her Premiership was not long for this world, as rabble-rousing backbenchers publicly declared that they had lost confidence in her leadership and were actively seeking to remove her from power. 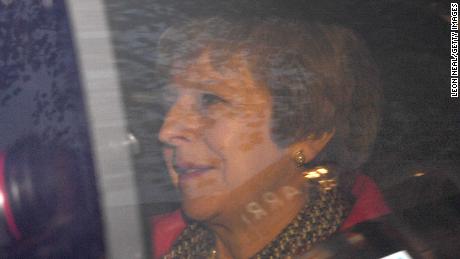 As she announced a press conference for 5 p.m., the media scrambled to dust off their political obituaries, in the anticipation that she might throw in the towel. But she didn't; instead she vowed to push her deal through Parliament.At the time of writing, May is still Prime Minister of the United Kingdom of Great Britain and Northern Ireland. Sure, the prospect of a vote of no confidence in her leadership looms large, but despite 48 hours of high drama, very little has changed.May still has a deal with the EU that everyone seems to hate. As it stands, it looks like she can't get that deal through Parliament, but is adamant she can win over MPs. Members of her own party still want to see her permanently evicted from 10 Downing Street, though this veers from a dead cert to a joke every 10 minutes or so. And the EU remains concerned, quiet, and adamant that it has given the UK every concession it can. 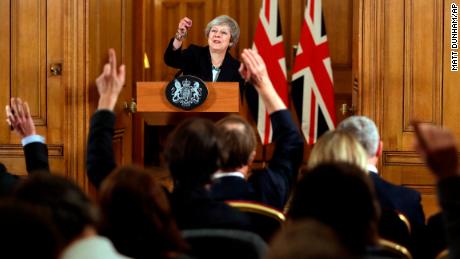 At the center of this mess is the fact that Theresa May has come to personify a deal that very few UK politicians can get on board with. Those who want to scrap the whole thing and remain part of the EU are ignoring the fact that this is not a decision the UK can make unilaterally.The Brexiteers who think that May has capitulated and given too much to Brussels willfully overlook the fact that there is hardly any time left to renegotiate anything. The withdrawal agreement is done — this was a negotiation between 28 nations; one cannot suddenly reopen it (though there is some room to maneuver on the associated political declaration around a future partnership). 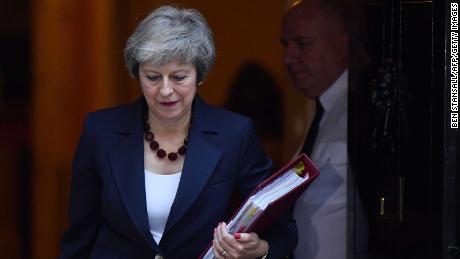 And then there are those who think walking away is an option that wouldn't cause economic chaos, food shortages and present a very real public health risk.Every position in-between comes with caveats that ultimately hinge on the key question: do you want an independent trade policy or a border between the Republic of Ireland and Northern Ireland — something both the UK and the EU have committed to avoid at all costs from the start.May, it seems, remains the only credible candidate with the only credible plan. Those who claim the whole thing can be easily torn up and renegotiated, or scrapped altogether, live in a fantasy world.So what was all that about farce and fear? Ah yes. At the Cabinet meeting which took place earlier this week, Matthew Hancock, the UK's Health Secretary, said that there was a real possibility that people could die in the event of a no deal.We've heard about queues of lorries at ports preventing food and medical supplies from entering the country and have seen what happens to the pound every time the Brexit process hits a stumbling block. 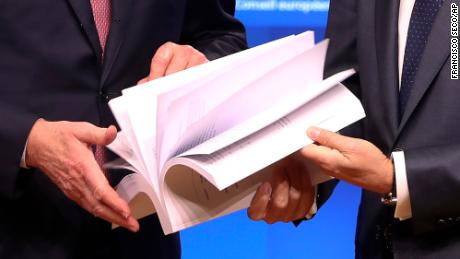 But that's not as fun as the political theater of watching someone's leadership disintegrate right before your eyes.Brexit is boring: lots of technical chat about regulatory alignment, financial services and fish.You know what's more fun than fish? Speculating whether a Cabinet Minister is sending a coded message to the Prime Minister through his choice of breakfast before resigning from her government. That, or watching the entirely hypothetical number of letters of no confidence in May add up, only for the chief assassin to sheepishly concede that he might not have the numbers after all. 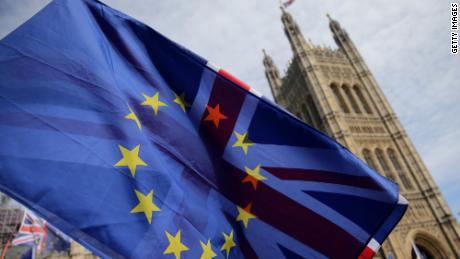 These past 48 hours have provided the most entertaining days of Brexit coverage in some time. It makes better TV and better news copy. And I'd wager, for politicians, bored of having the life squeezed out of them by an insoluble problem like Brexit, such a day of high drama makes it all seem worth getting out of bed for.And that's part of the problem. The public, the media and, seemingly, so many of the political class, are largely disinterested in where this all ends. That's despite Brexit being the single most important thing to have happened to the UK since World War II.How MPs vote when the deal finally comes to the House of Commons will dramatically affect the lives of more than 66 million people inside the United Kingdom and millions more elsewhere.It's a shame that listening to the detail surrounding it is like mainlining morphine.

What Zuckerberg needs to know when he heads to the Hill

Trump says he could lift Huawei sanctions after Xi meeting