But never quite like this.In the weeks since the recent Black Lives Matter protests, Black-themed cultural media have been having a moment. Books, music, movies, TV series and podcasts that explore issues of racism and the Black experience are topping charts and being newly showcased on streaming services. Black artists, inspired by what feels like a social movement, are releasing new music and videos that address issues of social justice or celebrate Blackness. Meanwhile, artworks seen as racially insensitive — or just downright racist — are being banished. And white entertainers are apologizing for appearing in blackface. Pop culture has always been quick to reflect shifting public moods. And Americans have grappled with cultural works about race and brutality since before Billie Holiday's "Strange Fruit."But Black scholars say there's been a sense in recent weeks that Americans' attitudes on race and culture are changing for real this time — and that entertainers who ignore them do so at their peril."It is a long-overdue reckoning," says Karsonya Wise Whitehead, a documentary filmmaker who teaches African American Studies at Loyola University Maryland. "This is a moment to do a radical reshaping of how we are seen."In several ways, it's already happening.

Books about race — both fiction and nonfiction — have been topping the bestseller lists. At one point earlier this month, 15 of the top 20 bestselling books on Amazon were about race, racism and White supremacy in the US.Demand for titles that help White people understand racism, such as Ibram X. Kendi's "How to be an Antiracist" and Robin Diangelo's "White Fragility: Why It's So Hard for White People to Talk About Racism," has been so strong that the books have sometimes been out of stock."We have been writing, singing and rapping about these societal ills for years," says Whitehead, the Loyola professor. "This is not new. It's just being finally noticed by the White community."On TV, Amazon, Netflix, YouTube and other streaming platforms all have been prominently featuring Black-themed content.Netflix has been promoting a new "Black Lives Matter" collection to customers in the US, featuring dozens of movies and series about racial injustice and the lives of Black Americans. Among them are Ava DuVernay's documentary "13th," about racism in the criminal justice system, and Spike Lee's new drama "Da 5 Bloods," about Black soldiers returning to Vietnam to find the remains of their fallen squad leader. 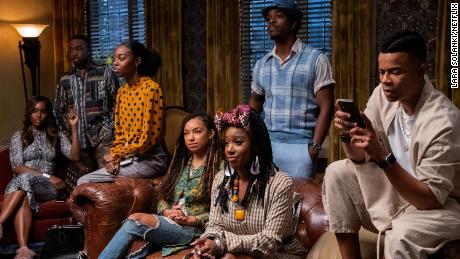 Interest in these and other black-themed content has spiked. Demand for the Netflix series "Dear White People" has surged more than 446% over the past 30 days, according to Parrot Analytics, which measures the popularity of TV programming. "When They See Us," DuVernay's 2019 miniseries about the wrongly convicted Central Park 5, also got a sizable bump."New audiences appear to be turning to these stories as a form of education and understanding of the Black experience in America," says Ashley Alleyne-Morris an insights director at Parrot Analytics.In the world of podcasts, Apple's charts show audiences are turning to the New York Times' "1619," about the history of slavery in America, and NPR's Code Switch, which features journalists of color talking about race. 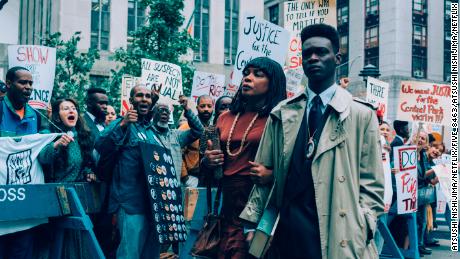 Audiences seeking to channel their anger over police brutality and other issues raised by the George Floyd protests are seeking out non-Black content as well. Streams of music by rock band Rage Against the Machine, known for their revolutionary political views, have surged over the past month.It's tempting to suggest that the newfound popularity of all this woke content will lead to meaningful social change. But Vincent Stephens, director of the Popel Shaw Center for Race & Ethnicity at Dickinson College, urges caution."We must be careful to not mistake sales for social reform," he says. "Translating the knowledge and content from books and electronic media into everyday antiracist practices is the only meaningful way for this renewed attention to influence society."

Hollywood has had an uneasy relationship with race dating back to "The Birth of a Nation," the landmark 1915 silent film that glorified the Ku Klux Klan. "Gone With the Wind," one of the most popular movies ever made, has long been criticized for its mythical depictions of slavery but remained a TV staple until this month, when HBO Max pulled the 1939 film from its slate of offerings. 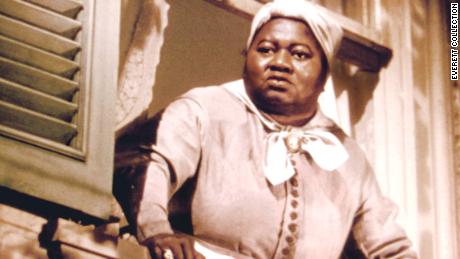 On Wednesday the streaming service — owned by WarnerMedia, CNN's parent company — brought back the movie but with two additional videos that discuss its historical context.Disney has taken a similar approach to the original animated "Dumbo," which features a character named Jim Crow, voiced by a Caucasian actor using a stereotypical African-American accent. On the Disney+ streaming service, "Dumbo" is presented with a disclaimer saying the movie "may contain outdated cultural depictions."Kevin Willmott, a professor of film and media studies at the University of Kansas who won an Oscar for co-writing "BlacKkKlansman" with Spike Lee, says films like "Gone With the Wind" should come with warning labels that place them in historical context and educate viewers about racism."The more you know about our racist history, the more you understand what's going on now," he says. "We're in this pop culture moment right now. America is struggling about what kind of country it wants to be."But Wes Jackson, an educator at Emerson College and co-founder of the Brooklyn Hip-Hop Festival, has no patience for dated cultural works with racist caricatures. 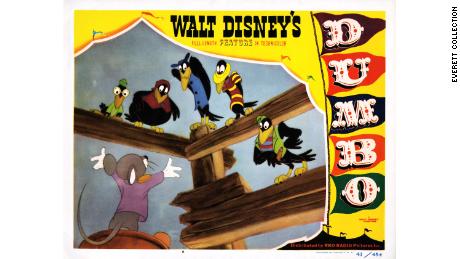 "Get 'Dumbo' off Disney Plus. I don't want to see any more 'Little Rascals,'" he says. "A teachable moment? You've been able to teach this moment for 500 years, and you haven't," he says. "So I want it gone. It's insulting to me."Meanwhile, TV stars have been apologizing for their past use of blackface. This week Tina Fey, creator and star of the Emmy-winning series "30 Rock," asked streaming services to remove four of the show's episodes that feature White actors in blackface. Fey apologized for the episodes and the "pain they have caused."Talk show host Jimmy Kimmel and radio personality Howard Stern also apologized this month for wearing blackface during past TV sketches.The current social climate has many people viewing long-running TV content through a new lens.Reality shows about police officers, including "Live PD" and "Cops," have been canceled over criticisms that they glorified police violence. 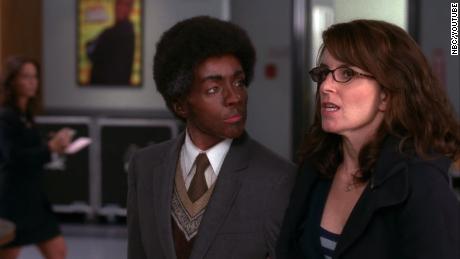 admin - May 1, 2018
0
Jessica Mauboy has made her unofficial debut in competition at the 63rd annual Eurovision Song Conte..

The Department of Education wants to know what we should be...