The Harris County sheriff's deputy was gunned down Friday during a traffic stop, ending a historic career."He touched countless … lives along the way," Sheriff Ed Gonzalez said. "We will aspire to be as good as he was."Dhaliwal first made national headlines almost five years ago, when he successfully pushed for change in the department's policy. Dhaliwal, a Sikh, became the first deputy in the Houston area to wear a turban and beard while on the force. Sikhism, the world's fifth most popular religion, preaches equality and service to others.The deputy's 10-year career was remarkable not just for breaking barriers, but for his volunteerism and popularity in the Houston area. Residents flooded the internet with photos and videos of him, including footage of Dhaliwal interacting with a deaf boy at a restaurant. "He laughed and joked with all of us, and left a bright impression on my son who is deaf," the boy's mother said. Dhaliwal helped coordinate disaster relief efforts after Hurricane Harvey, which devastated parts of the Houston area, and traveled to Puerto Rico to help after Hurricane Maria. He also helped at-risk youth in Houston, said Gurvinder Singh, international director of Sikh aid programs for United Sikhs. Even when the deputy was on vacation, Singh said, he would reach out to United Sikhs and ask what programs they were working on in the area so he could help. 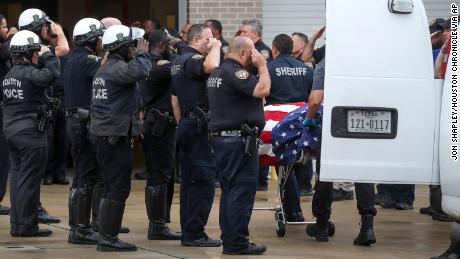 Now, Texans are giving back in honor of the slain deputy. One GoFundMe campaign to help his wife and three children had raised nearly $450,000 by Monday evening. Another GoFundMe campaign to help the family, set up by United Sikhs, had raised more than $180,000. All Papa John's restaurants in the Houston area will donate 100% of their profits Tuesday to Dhaliwal's family, Papa John's Houston posted on Facebook. And United Sikhs said it has received an uptick in volunteer registrations for its various humanitarian projects. Before his death, Dhaliwal had planned to start an emergency fund to help first responders after one emergency worker couldn't afford to repair his roof damaged by Hurricane Harvey, United Sikhs said. So the group said it will create the fund in Dhaliwal's memory. "We will make sure that United Sikhs keeps his legacy alive, that we activate his dream and we turn that into a reality," Singh said.

A judge says the death penalty is likely

While the community grieves, the man accused of killing Dhaliwal made a court appearance Monday. Robert Solis, 47, was arrested Friday shortly after Dhaliwal was shot. He faces a charge of capital murder. 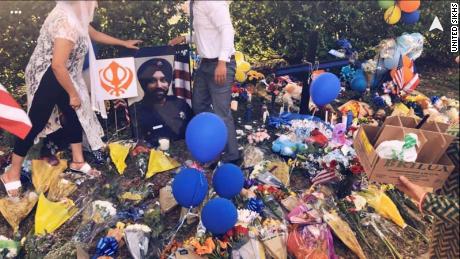 "It is a likely outcome that death will be the sentence here," Judge Chris Morton said, according to CNN affiliate KTRK. "No bond is appropriate." Defense attorney Allen Isbell told KTRK that a capital murder conviction carries life without parole or the death penalty. "And historically, sometimes they seek the death penalty when a police officer is the victim." Isbell said he has only spoken briefly with Solis but that he is subdued and appears to understand the seriousness of the charge against him.The deputy had stopped Solis for a traffic violation and was walking back to his patrol car Friday afternoon when he was shot twice, including at least once in the back of the head, authorities said. At the time of the traffic stop, Solis Read More – Source

Bruce Lee’s daughter: Tarantino should ‘shut up’ about my dad in his film

Democratic Congressman: Trump As Disloyal To Allies As He Is To...

Zardulu the mythmaker to reveal her pranks