Like the Oscars and other major award shows, tune-in for the Emmys has been fairly steadily declining, amid a plethora of similar showcases and viewing options. And a confluence of events could depress ratings further, after last year's telecast on NBC posted a record-low 10.2 million viewers, per Nielsen data.The Emmys rotate among the major networks, and this year will air on Fox. The Fox telecast has traditionally been the lowest-rated among the four broadcasters, and won't be helped this year by airing opposite the Los Angeles Rams vs. Cleveland on NBC's "Sunday Night Football."Taking those factors into account, it's possible the awards could dip below 10 million viewers. As for what victories that audience will see, there's a fair amount of suspense in several key categories, and particularly fierce competition in most, reflecting the abundance of worthy nominees.So beyond the ratings scorecard, what will likely win, and what should? Here's a breakdown:DRAMA SERIES. Will win: "Game of Thrones." Should win: "Succession." For all the griping, the HBO drama's final season should benefit from a wave of nostalgia recognizing what it achieved over its run, a perception underscored by its 10 victories at the Creative Arts Emmys last weekend.That said, fellow HBO drama "Succession" is the beneficiary of growing, well-deserved buzz in its current second season, although the most likely upset candidates would be BBC America's "Killing Eve," whose second season wasn't nearly as good as its first; or "Better Call Saul."COMEDY SERIES. Will win: "Veep." Should win: "Barry." 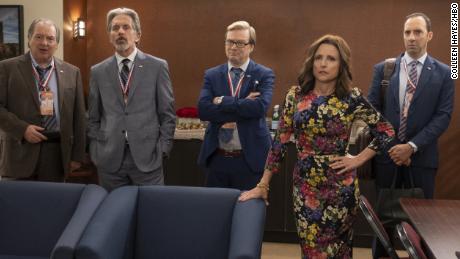 Don't rule out "The Marvelous Mrs. Maisel," whose near-sweep in 2018 suggests considerable support for the Amazon dramedy, but "Veep's" final season should push it over the top. Even so, amid a stellar crop of sophomore shows ("Fleabag" among them), nothing had a better year, with more bonkers flourishes, than "Barry," HBO's hitman-turned-actor comedy.LIMITED SERIES. Will win: "When They See Us." Should win: "Chernobyl." 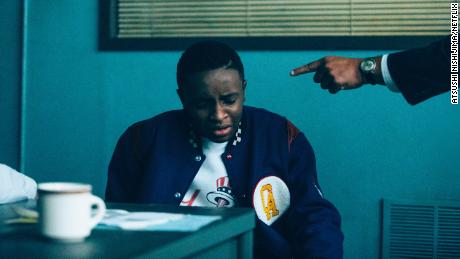 Netflix's searing look at the Central Park Five was as powerful as it was timely, but "Chernobyl" was for many the program of the year, a cautionary look at technological peril and the corruption of the old Soviet system.MOVIE. Will win/should win: "Deadwood: The Movie." 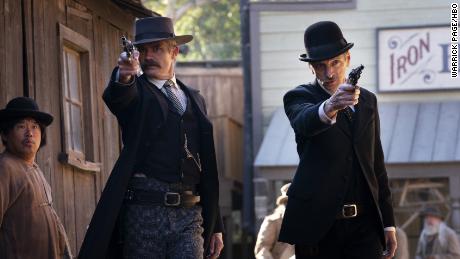 Beyond the film's quality, there will be strong sentiment behind "Deadwood" creator David Milch, who has been diagnosed with Alzheimer's disease, and its strongest competition, the interactive "Black Mirror: Bandersnatch," felt as much like a gimmick as a movie.ACTOR/ACTRESS, DRAMA. Will win: Jason Bateman ("Ozark"), Sandra Oh ("Killing Eve"). Should win: Bob Oedenkirk ("Better Call Saul"), Oh. 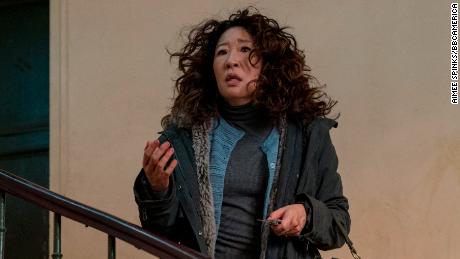 Billy Porter could easily be honored for FX's "Pose," but it's more of an ensemble, while "Ozark" derives much of its appeal from Bateman's tightly wound performance. As for Oh, you could flip a coin between her and co-star Jodie Comer, while hearing the name of "Thrones'" Emilia Clarke wouldn't be a shocker.ACTOR/ACTRESS, COMEDY. Will win: Julia Louis-Dreyfus ("Veep"), Bill Hader ("Barry"). Should win: Phoebe Waller-Bridge ("Fleabag"), Hader. 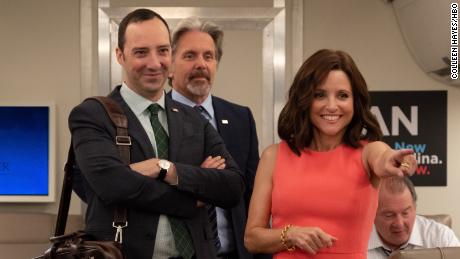 Louis-Dreyfus would have been a favorite to make Emmy history in any event, but her comeback after cancer adds to the sense of momentum behind her. Hader, meanwhile, has the role of a lifetime asRead More – Source

Jimmy Fallon apologizes for appearing in blackface in ‘SNL’ sketch

NASA hopes InSight can beat the odds to land on Mars

Female Student Athletes Push Back Against Trans Policies In Connecticut

Who Should Be Times Person Of The Year?

Zuckerberg: We want to create a news product on Facebook

Everyone is shocked Rashida Jones not only had a baby but...

admin - September 27, 2018
0
These two? Parents? Our dreams come true (Picture: GC Images) Rashia Jones has given birth to a baby..