But the majority of the cast had never set foot on the physical property, which was photographed to serve as the exterior of the Brady locale, while the interiors and astorturfed backyard were shot miles away at Paramount Pictures' Stage Five from 1969 through 1974. "It's just a picture," Barry Williams, who played Greg Brady on the series, tells CNN. "A picture that 'The Brady Bunch' had seen never in person."But thanks to the renovation wizardry the HGTV specializes in, the house now feels a lot more like home to the surviving Brady cast, all of whom took part in a near-miraculous makeover of the building's interior — which for decades has rightly struck the many looky-loos who make the pilgrimage to see it as impossible to contain the spacious Brady environs. Now, after HGTV purchased the house after the longtime owner died in 2018, the actors led by a team of the network's popular remodeling hosts on "A Very Brady Renovation," and the cleverly reworked and extended structure is an astonishingly perfect recreation, inside and out."One of the reasons I thought that this HGTV deal was going to be big is because when the house first went on the market, long before this show was ever a thing, I got probably 12 texts or emails in the first hour and then 20 more the next day," says Mike Lookinland, who played Bobby Brady. Lookinland had no clue where the residence was, until former MTV veejay Martha Quinn — who played his wife on the short-lived 1990 dramatic revival "The Bradys" — dragged him there during shooting when she found out. The cultural significance of the house, says Susan Olsen, who played Cindy Brady, "started hitting me at first when everybody was texting me, going 'Don't you want to buy the house? It's for sale.' No — why would I want to live in a house that has Brady fans going by every day? But then when there was talk about it possibly being purchased, and then the wrecking ball going into it, I thought 'Whoa, whoa, whoa, whoa — wait a minute! That's like putting a wrecking ball into the American family.'""When it was up for sale, it was sparking things and celebrities were bidding on it — we were hearing Miley Cyrus and Lance Bass [were interested buyers]," says Barry Williams, who played Greg Brady and had unknowingly visited the home while attending a party there in the late 1970s. But it would be HGTV that would emerge as the winning bidder. 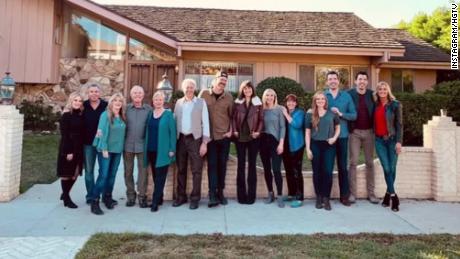 "Everybody's interested, " says Lookinland. "America is interested in what becomes of this house."I was sort of thinking, 'Well, here we go again,'" laughs Eve Plumb. "'It's another Brady thing happening, but I don't really have a connection to it, so fine. Whatever happens, happens.' And then HGTV came up with their idea, and that's what really piqued my interest."Two weeks after the purchase, the actors were asked to convene with the network. "They didn't purchase the house under some great plan," says Christopher Knight, who played Peter Brady. "They were still struggling on what it was going to be. They had no idea. All they knew was they're just getting to know 'Brady' better by talking to us. Iit would be another two months until we would sign up, and still they didn't know truly what it was going to be. But you could kind of see what it needed to be — and that's precisely what the show is."Gradually, the vision to fully replicate the Brady home in full came together. "But to do that you had to have the stairway, and if you had the stairway, how do you not destroy the front elevation — which is what America thinks of the Brady house," says Knight. "I thought it was absolutely impossible.""I said, 'You guys are crazy, and this is the best idea I ever heard,'" chuckles Lookinland. "And it turned out that both of those things are true."All six of the surviving actors (their co-stars Robert Reed, Ann B. Davis and Florence Henderson died in 1992, 2014 and 2016, respectively) agreed to reunite, their first television project together in three decades."This whole experience has been maybe one of the most magical since [the original series], where it all feels so good," says Maureen McCormick, who played Marcia Brady. An avowed fan of home makeover shows and a veteran of regularly renovating her own properties, McCormick was unabashedly enthusiastic about every aspect of the project. "I love getting dirty, I love doing things with my hands…so this was heaven!""The vision is why we care about this," says Williams. "The way that they're doing this by including all six of the surviving cast members and their [HGTV] talent gives us a chance to share not just the physical renovation but also all of the emotions and the nostalgia and the experiences and the familiarity that we have and that our viewers and fans of 'The Brady Bunch' have had over the years, and bring that to life.""If we are in Mike's den for instance, talking about a lecture that Mike Brady delivered, we cut to that clip in the show, because HGTV has the rights to use unlimited amounts of the clips from the original show," explains Williams. "So you go to this fantastic blend of nostalgia and what that Brady residence represents, which is home. And when I say 'home,' I mean the home that people never had — the home that they wished they had, home that they associate television homes with at a time in their life. This is very, very meaningful." 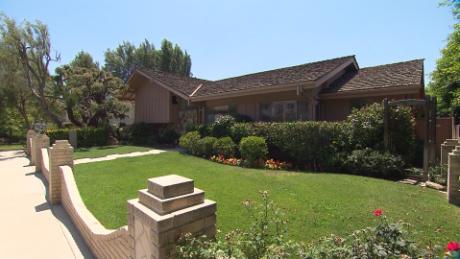 The actors' hand-on participation in the meticulous recreation — down to authentic props from the original series and 1990s-era parody films and identically matching items donated by Brady super-fans — stirred powerful memories of the television family they were once a part of."You really start imagining Florence and Bob and Ann, and we've all lost loved ones," says Plumb, who added minute personal details to the room of Davis' character, the maid Alice. "Because they're there too, in our minds, in our memories, of course, as you're remembering being in the house, you remembering them, you were there with them. So it can get pretty emotional at times.""Something really magical happened here," says Lookinland, who marveled at the speed, efficiency and attention to detail HGTV lavished on the project. "We've been at this for about 10 months. TRead More – Source

How much is it to live in one of the historic warehouses of Wapping?

admin - December 31, 2018
0
An escaped lion has been shot dead at an animal sanctuary in North Carolina after killing a recently..

Apple says it doesn&apos;t track you, but apps on iPhone sure...