She was 88.Morrison's novels gazed unflinchingly on the lives of African Americans and told their stories with a singular lyricism, from the post-Civil War maelstrom of "Beloved" to the colonial setting of "A Mercy" to the modern yet classic dilemmas depicted in her 11th novel, "God Help the Child."Her talent for intertwining the stark realities of black life with hints of magical realism and breathtaking prose gained Morrison a loyal literary following. She was lauded for her ability to mount complex characters and build historically dense worlds distant in time yet eerily familiar to the modern reader.Themes such as slavery, misogyny, colorism and supernaturalism came to life in her hands.A decorated novelist, editor and educator — among other prestigious academic appointments, she was a professor emeritus at Princeton University — Morrison said writing was the state in which she found true freedom."I know how to write forever. I don't think I could have happily stayed here in the world if I did not have a way of thinking about it, which is what writing is for me. It's control. Nobody tells me what to do. It's mine, it's free, and it's a way of thinking. It's pure knowledge," Morrison said.

The words of others

Morrison, who was nearly 40 when she published her first novel in 1970, wasn't an overnight success.The author was born Chloe Anthony Wofford on February 18, 1931, in Lorain, Ohio, the daughter of George and Ella Ramah Wofford, whom she often credited with instilling in her a love of the arts. A strong and prolific reader as a child, Morrison studied Latin and devoured European literature.Growing up in Lorain, Morrison has said, she played and attended school with children of various backgrounds, many of them immigrants. Race and racism were not the overriding concerns in her childhood that they would become in her books."When I was in first grade, nobody thought I was inferior. I was the only black in the class and the only child who could read," she once told the Los Angeles Times.She encountered segregation for the first time when she attended Howard University in Washington, D.C.It was a policy she found "theatrical" and hard to take seriously. However, family lore of lynchings, injustice at the hands of white people and midnight flight from the South seem to have informed her later subject matter.In 1953, she graduated from Howard with a degree in English; she went on to earn a master's from Cornell University in 1955.She married Jamaican architect Harold Morrison in 1958 and gave birth to two sons — Harold Ford in 1961 and Slade Kevin in 1964. She and her husband divorced after six years of marriage.Morrison began her storied career in letters as a college instructor at Texas Southern University and later at Howard, her alma mater. 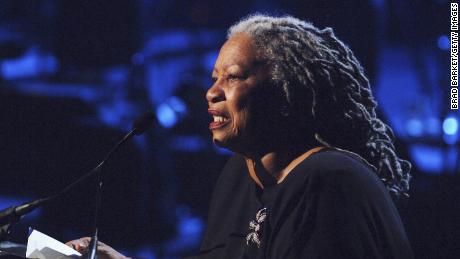 In 1963, she took a position as a book editor at Random House based in Syracuse, New York, where she worked for 20 years before leaving in 1983. Morrison was editing the works of others when she published her first novel at age 39."I didn't become interested in writing until I was about 30 years old," she later said. "I didn't really regard it as writing then, although I was putting words on paper. I thought of it as a very long, sustained reading process — except that I was the one producing the words.""The Bluest Eye," about an impoverished and abused black girl who longs for blue eyes, was met with middling reviews but gained prestige when it was added to the City University of New York curriculum."Required reading," Morrison has said. "Therein lies the success."The novel has been challenged and called offensive over the years by parents in communities across the country who say the subject matter, which involves incest and violence, is too raw for young readers.

Morrison went on to pen roughly a dozen novels, most lauded among them 1987's "Beloved," about a former slave who kills her baby to ensure it is never enslaved. "Beloved" won the Pulitzer Prize for fiction and was a finalist for the National Book Award.Her non-fiction work included 1974's collection of African-American historical ephemera "The Black Book," 1992's "Playing in the Dark: Whiteness and the Literary Imagination" and 2004's "Remember: The Journey to School Integration."A regal presence who'd come to be associated with her crown of gray dreadlocks, Morrison had amassed a body of work that rivaled the most decorated American novelists by the late 1980s, though according to some she had not been fully recognized as the literary institution she was. Morrison herself had championed the work of black writers such as Toni Cade Bambara, Gayl Jones and Angela Davis while at Random House.In 1988, a group of 48 black writers and thinkers published a statement in The New York Times in support of Morrison and other black writers and critical of the literary establishment, which seemed to have gone out of its way to pass them over for major writing awards."Despite the international stature of Toni Morrison, she has yet to receive the national recognition that her five major works of fiction entirely deserve: She has yet to receive the keystone honors of the National Book Award or the Pulitzer Prize," read the statement. 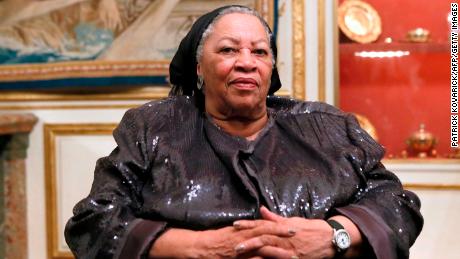 She received the Pulitzer for "Beloved" two months later.The novel was adapted into a 1998 film directed by Jonathan Demme and starring Oprah Winfrey, Danny Glover and Thandie Newton. The movie was not a success.MorrisRead More – Source

Another day of funerals as Pittsburgh mourns synagogue shooting victims

Jalen Rose Weighs In On The Shania Twain Controversy — Its...

admin - April 23, 2018
0
Shania Twains week is off to a less than stellar beginning. After an interview with the UKs Guardia..