"Jane the Virgin" is the only show I know which has so successfully embraced Latino culture on a consistent basis while providing a platform for and developing exceptional Latino talent in Hollywood. Its telenovela format naturally and seamlessly weaves into a bilingual script honest stories about family, faith, work, the fears of undocumented immigrants and mixed-states families and other social issues, traditions around food, dance and other entertainment, and most of all, love.The show has touched me as no other, not only for taking me on a familiar journey through my childhood and adulthood, but for showing Hollywood and this country that we can celebrate Latino culture as a part of who we are. Just like the titular character Jane, I grew up in Miami in a family of three generations of women. My mother's mother, whom my sisters and I called "Mother," didn't live with us in the same way Jane lived with her "abuela" (grandmother) on the show, but she lived less than 10 minutes away. She cooked many meals for us, was a part of every milestone, every heartache, every family gathering. So I could relate immediately to the closeness of the Villanueva women and the generational differences that geographic and emotional proximity can reveal as well as the great joy, confidence, and friendships each mother and daughter developed as they navigated growing up, becoming independent and understanding who they were to each other and who they were meant to be in life. 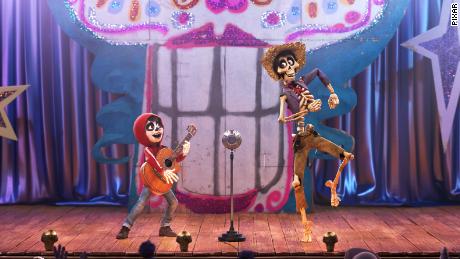 Just like Jane, my decision to remain a virgin well into my 20s was a big part of my identity that was often misunderstood by many as sexual repression but didn't prevent me from being a sexually active and whole person. Luckily, I too found a "Michael" who was willing to wait. (Yes, full disclosure: I am and will always be #TeamMichael). Just like Jane, I grew up watching soap operas (although the Latin American telenovelas Jane watches are like American soap operas on steroids). My favorite was "Guiding Light," the longest-running soap of all time which went off the air in 2009 after 72 years on radio and television. My mother's was "The Young and the Restless," and my grandmother watched "General Hospital." To this day I watch "The Bold and the Beautiful," but I pretty much have to force my husband and children to watch with me. They don't understand that to me, watching a soap is less about the storylines and more about family and cultural tradition. So it wasn't hard for me to lose myself in the outlandish, hilarious, romantic, heartwarming, dramatic, magic realism of "Jane the Virgin."Gina Rodriguez is the breakout star as Jane. I first watched her early in her career on "The Bold and the Beautiful" and since then she has blossomed into an actress with a range few can touch. She embraced her values-driven and determined character full on and swept the audience away with her as she pursued her romantic and professional dreams. Rodriguez's ability to nail every romantic scene, regardless of her leading man, and delightfully imbue her grounded character with comedic flair and physical comedy illustrates she is a force to be reckoned with in Hollywood. On top of that, she has also skillfully directed episodes of the show, which means she is making her mark in more ways than one. Andrea Navedo plays Jane's mother Xiomara, who relishes her sexuality but rebels against society's stereotype of a Latina sex siren once she realizes she was imposing it on herself. And Ivonne Coll plays Jane's abuela Alba with such conviction that you believe it when her religious beliefs are causing her to be judgmental of her daughter and granddaughter, just as much as you believe that, thanks to them, she ultimately becomes comfortable with her own sexuality, even sharing her fantasy about President Obama. In any event, Alba never doubts that her daughter and granddaughter are worthy of her love and advice. And then there is the brilliant Jaime Camil, who plays Jane's father Rogelio, an over-the-top character that Camil fills with equal amounts of comedic absurdity and surprising sensitivity, causing you to understand how someone so self-absorbed can actually be so loving of others besides himself. One of the recurring guest stars, Justina Machado, went on to success in "One Day at a Time." Rosario Dawson has also been a fan favorite as a recurring guest in the role of Jane Ramos (JR), the lesbian partner to main character Petra, played by Yael Grobglas. Grobglas, whose character viewers loved to hate at the beginning and grew to love due to her sincere and empathetic performance, is one of the highly accomplished non-Latino actors on the show, who also include the men who made up the love triangle with Jane. Brett Dier, whose playful yet sensuous chemistry with Rodriguez endeared him to many fans as Michael (#BestKissEver and the Montana shower scene were some of the most sexually charged of the show), was previously of "Ravenwood" fame and is now starring in ABC's "Schooled." Justin Baldoni, whose searing good looks and evolution as Rafael made him the end-game in the minds of many (not me), is the director of the heartwrenching movie "Five Feet Apart," a love story about teens who have cystic fibrosis. "Jane the Virgin" created a multicultural, colorful and inclusive landscape for its characters who were accessible and relatable to each other and to their viewers no matter their backRead More – Source

Jay-Z speaks out after ‘human conversation’ with Minnesota Governor

David Cameron to lead advisory board of AI firm

admin - June 21, 2018
0
With its warm, rustic setting, and an instantly endearing protagonist, the first Unravel had the out..