Two-time Oscar winner Mahershala Ali will be joining the Marvel Cinematic Universe, playing Blade, previously played by Wesley Snipes.Ali was on hand for the announcement and given a hero's welcome as he revealed the news by wearing a "Blade" hat.Blade is a character in the Marvel universe who is half-human, half-vampire and hunts down the undead. The character also was adapted to the hit movie "Blade" that starred Snipes in 1998. Snipes went on to reprise the role again in 2002 and 2004.Ali, who has won Academy Awards for his roles in "Green Book" and "Moonlight," most recently starred in HBO's latest installment of "True Detective."

Marvel Studios' President Kevin Feige also stunned the Comic-Con audience with a list of Phase 4 productions through 2021. For those in the know, Phase 4 describes the latest batch of MCU productions. First up is "Black Widow," which is slated for a May 1, 2020, release. It will be the first film in Phase 4. With the new streaming platform Disney+ coming this November, Feige also announced a new, original series "The Falcon and The Winter Soldier," which will be released in Fall 2020. The series takes place after the events of "Avengers: Endgame" and pairs up two of MCU's most popular heroes: Sam Wilson aka The Falcon and Bucky Barnes aka The Winter Soldier, according to a press release from Marvel. "The Eternals" comes next on November 6, 2020, and it will be directed by Chloé Zhao. The film will star Angelina Jolie, Richard Madden, Kumail Nanjiani, Lauren Ridloff, Brian Tyree Henry, Salma Hayek, Lia McHugh and Don Lee. 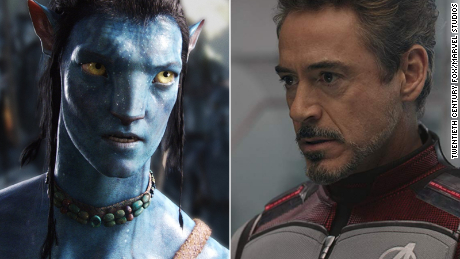 Feige said 2021 will kick off with "Shang-Chi and the Legend of the Ten Rings." The filmRead More – Source

Katie Piper is grateful for life as she reflects on Christmas celebrations after acid...

So Will Smith and Jada Pinkett arent really married after all

Why I will always be a fan of the Street Fighter...

Portman is back with Time’s Up rap on SNL