Former Supreme Court justice John Paul Stevens died Tuesday at the age of 99. During Stevens' tenure on the high court, which stretched from 1975 to 2010, Stevens had a huge impact on legal issues affecting the technology sector. Tonight we're republishing a lightly edited version of our 2010 story that originally marked his retirement from the Supreme Court.

In April 2010, the Supreme Court's most senior justice, John Paul Stevens, announced his retirement. In the weeks that followed, hundreds of articles were written about his career and his legacy. While most articles focus on "hot button" issues such as flag burning, terrorism, and affirmative action, Stevens' tech policy record has largely been ignored.

When Justice Stevens joined the court, many of the technologies we now take for granted—the PC, packet-switched networks, home video recording—were in their infancy. During his 35-year tenure on the bench, Stevens penned decisions that laid the foundation for the tremendous innovations that followed in each of these areas.

For example, Stevens penned the 1978 decision that shielded the software industry from the patent system in its formative years. In 1984, Hollywood's effort to ban the VCR failed by just one Supreme Court vote; Stevens wrote the majority opinion. And in 1997, he wrote the majority opinion striking down the worst provisions of the Communications Decency Act and ensuring that the Internet would have robust First Amendment protections.

Indeed, Justice Stevens probably deserves more credit than any other justice for the innovations that occurred under his watch. And given how central those technologies have become to the American economy, Stevens' tech policy work may prove one of his most enduring legacies. In this feature, we review Justice Stevens' tech policy decisions and salute the justice who helped make possible DRM-free media devices, uncensored Internet connections, free software, and much more.

John Paul Stevens was born in 1920 to a wealthy Chicago family. Stevens attended the University of Chicago, graduating in 1941. On December 6—the day before the Japanese attacked Pearl Harbor—Stevens enrolled in the Navy's correspondence course on cryptography. Stevens spent the war in a Navy bunker in Hawaii, doing traffic analysis in an effort to determine the location of Japanese ships. He was an English major, not a mathematician, but he proved to have a knack for cryptographic work.

After the war, Stevens enrolled at Northwestern University Law School, graduating at the top of his class and earning a clerkship with Justice Wiley Rutledge. He then returned to his native Chicago and built a successful law practice. His high-profile prosecution of a corruption case involving the Illinois Supreme Court attracted the attention of President Richard Nixon, who appointed him to a federal appeals court in 1970. Five years later, President Ford named Stevens as his first and only Supreme Court nominee.

Early in his tenure, Stevens was regularly described as a centrist—a "wild card" whose votes rarely fell along ideological lines. But as the court became increasingly conservative, Justice Stevens drifted to the left. By the late 1990s, hardly anyone was describing him as a centrist. Instead, he was being described as the leader of the court's "liberal wing"; his seniority meant that he got to decide who would write the opinion for his side when he found himself opposite the chief justice, which was often.

The court's ideologically polarized 5-4 decisions get a lot of press, but there are many areas of law that don't break down along predictable partisan lines. Tech policy is one of them. Technology issues tend to be so new that the debate hasn't yet gelled into a familiar left-right split. Justice Stevens, who always resisted voting along strict ideological lines, emerged as a leading voice in the court's tech policy decisions.

One question the Supreme Court first tackled in the 1970s was whether software could be eligible for patent protection. The Supreme Court considered three different cases about the patentability of software during the period. Stevens was not yet on the Supreme Court when it rejected its first software patent in 1972, but he took an active interest in the subject when the issue reached the court a second time in 1978.

In that case, he penned the court's strongest statement against software patents. Writing for a six-member majority, Stevens ruled that appending a trivial "post-solution activity"—in this case, updating the "alarm limit" of a chemical process—does not render an otherwise-unpatentable software algorithm eligible for patent protection.

Stevens warned that the majority opinion would emasculate the court's software patent jurisprudence and create confusion about what was eligible for patent protection. And indeed, that's exactly what happened.

The court considered software patents once again in 1981, and this time Justice Stevens found himself on the losing side of a 5-4 vote. The majority's opinion didn't formally endorse software patents, but it did allow a patent on a software-controlled rubber-curing process. In a strongly worded dissent, Stevens warned that the majority opinion would emasculate the court's software patent jurisprudence and create confusion about what was eligible for patent protection.

And indeed, that's exactly what happened. As we documented in our 2009 feature on software patents, the appeals court in charge of patent issues gradually dismantled the traditional limits on patents in the software industry during the 1980s and 1990s.

Justice Stevens wasn't able to save us from software patents, but he gave the early software industry much-needed breathing room. Software patents were still relatively rare when Richard Stallman began his work on the GNU system in 1984. Similarly, Tim Berners-Lee was able to make the World Wide Web an open standard relatively unencumbered by patents in 1991. Of course, the Web would eventually face a slew of patent lawsuits, but the relatively restrictive rules on patents that prevailed until the mid-1990s gave the Web time to mature (and attract major corporate backers) before it encountered serious legal problems.

Similarly, Apple's famous "look and feel" lawsuit against Microsoft in the early 1990s might have gone very differently if Apple had had a large arsenal of software patents to go along with its shaky "interface copyright" claims. The relatively free market that prevailed in the PC industry during the 1980s stands in contrast to the explosion of patent litigation that has occurred in the cell phone market in recent years, with virtually every smart phone vendor involved in multiple patent lawsuits.

The high court took a renewed interest in patent issues when John Roberts was elevated to Chief Justice, but the court hasn't squarely addressed the software patent issue. The closest they came was in the 2010 Bilski decision, in which the majority handed down a narrow ruling that invalidated the specific patent at issue in the case but declined to articulate a clear standard for patent eligibility.

Justice Stevens declined to join the majority decision and instead filed a separate concurrence that argued for stricter limits on patentability. He was joined by three other justices, suggesting that despite the court's unanimity on the narrow issue of Bilski's patent, the court remained sharply divided on the broader question of what is eligible for patent protection. The Supreme Court would take a tougher line against software patents in the years after Stevens retired.

A consistent theme of Justice Stevens' technology policy work is that it's up to Congress, not the courts, to extend the law to new technologies. He argued that the courts shouldn't expand patent protection to software unless Congress explicitly authorizes such an extension. And he made a similar argument about copyright law in what was arguably the most important tech policy decision of the 20th century, Sony v. Universal.

In that 1984 case, the Supreme Court came just one vote short of banning the Betamax VCR on the grounds that taping television shows off the air was an infringement of copyright. Justice Stevens wrote for a 5-4 majority that "time shifting"—the practice of recording shows for later viewing—was a fair use under copyright law. Stevens concluded that manufacturers were not liable for their customers' infringement if their devices were capable of "substantial non-infringing use." He noted that Congress was free to amend copyright law to give Hollywood control over VCR technology, but concluded that the courts shouldn't do so unilaterally.

This has become a bedrock principle for the consumer electronics industry, allowing it to develop innovative new products without undue fear of copyright liability. Indeed, when the first MP3 players came on the market, the recording industry reacted much as Hollywood had two decades earlier: they sued, seeking to drive the new devices out of the market. In 1999, the Ninth Circuit Court of Appeals court drew an analogy to Justice Stevens' arguments about "time shifting," holding that the users of MP3 players were engaging in an analogous process of "space shifting" when they ripped their CD collections to MP3 format. The market would look very different today if the courts had given the recording industry veto power over digital music players. 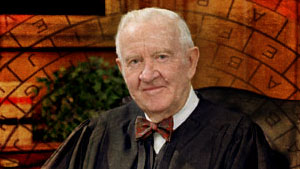 We're fortunate that in an institution dominated by septuagenarian lawyers, there was at least one member who took more than a passing interest in new technologies.

When the legality of peer-to-peer file sharing software reached the Supreme Court in the 2005 case of MGM v. Grokster, it was widely expected that the court would take the opportunity to adjust the "Betamax rule," as it has come to be called. However, a unanimous Supreme Court chose to sidestep that issue and instead ruled against Grokster on the grounds that it had deliberately "induced" infringement by its customers. Stevens joined the most pro-Grokster concurrence, written by Justice Breyer, which argued that Grokster did satisfy the "substantial non-infringing use" standard Stevens had articulated two decades earlier in the Sony decision.

In the 7-2 decision of Eldred v. Ashcroft (2003), the majority held that Congress could retroactively extend the terms of extant copyrights. Here again Stevens and Breyer were in the minority, arguing that the Constitution's requirement that copyrights be for "limited times" barred retroactive extensions. It's a shame that Stevens won't still be on the court when the inevitable Copyright Term Extension Act of 2018 is challenged in court.

Justice Stevens was far from a free speech ideologue. He wrote a 1976 opinion upholding local regulations of sexually explicit movie theaters against a First Amendment challenge. In 1978, he wrote the majority opinion in FCC v. Pacifica, holding that a radio broadcast of George Carlin's Read More – Source

Artificial intelligence isnt as smart as it thinks

admin - March 12, 2020
0
This article is part of a special report on artificial intelligence, The AI Issue. Digital personal..

Pre-schooler is a ‘haze detector’, says his mum

Apple just confirmed once and for all that AirPower will never...

admin - March 30, 2019
0
Enlarge / AirPower was announced at an Apple keynote back in 2017.Valentina Palladino Apple has canc..