A federal judge also gave James Alex Fields Jr., 22, a life sentence in June. The two sentences will run consecutively. Fields pleaded guilty in March to 29 federal hate crimes as part of an agreement that eliminated the death penalty as possible punishment. Before his federal sentencing in June, Fields told the judge he wanted to apologize. "I apologize to my mother for putting her through all of this. Every day I think about my actions and how this could have gone differently. I'm sorry," he said. Fields was 20 when he attended the August 2017 demonstrations in Charlottesville and joined white nationalists, neo-Nazis and other groups opposed to the city's decision to remove a statue of Confederate Gen. Robert E. Lee. During a day of violent clashes, he drove his vehicle into a crowd of counterprotesters, killing Heather Heyer, a 32-year-old paralegal, and injuring more than two dozen people. 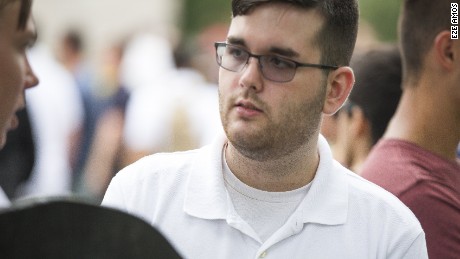 After the federal sentencing in June, Heyer's mother, Susan Bro, told reporters Fields was "the least sincere person I've ever met" and that she was glad he was sentenced to life in prison. She said he probably deserved the death penalty "but it wouldn't accomplish anything."According to a federal indictment, Fields posted on social media the night before the rally on August 12, 2017, to express and promote "his belief that white people Read More – Source

NASA: Threat of Earth-destroying asteroid must be taken seriously

Labour to renationalize BT, give free internet to all if it wins election

The Box Office Numbers Are In For “Avengers: Infinity Wars.” Theyre...

Will.i.am warns people to cut out meat as he drops 20lbs:...

Opinion: Do we love our guns more than our children?

admin - February 9, 2018
0
I remember how someone saw and called a teacher; how someone got her to the ground and disarmed her...